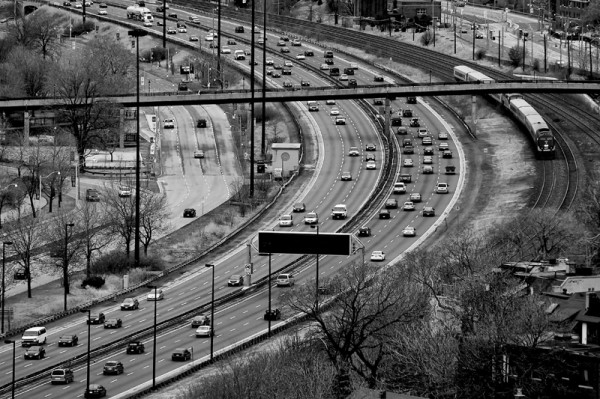 With the sort of discretion normally reserved for wait staff and funeral directors, Waterfront Toronto’s (WT) board very quietly released its widely-anticipated position on the Gardiner East environmental assessment late Friday afternoon, well after city council had dispersed for the week.

The statement said that WT’s board voted to recommend the “remove” option as the best and most cost effective solution for the crumbling highway. The 180-degree policy shift is worth noting, given how fearful the waterfront mandarins were almost four years ago when Rob Ford swept into office on a mandate to halt the so-called war on the car.

Does WT’s view matter politically? Set aside for the moment the governance reality that the City of Toronto is a one-third shareholder. The board’s position is merely the opening act; the main event begins next week, when city staff delivers their own Gardiner report to the public works and infrastructure committee.

My guess is that the bureaucratic recommendation will line up with WT’s, probably with the caveat that council be enjoined to actually make a decision instead of dither, given the rapidly deteriorating state of the deck.

In an appeal to council’s tight-fistedness, the EA report, released earlier this month, noted that in the next century, the all-in cost of maintaining the Gardiner is significantly greater than knocking it down — $870 million to $470 million, in 2013 dollars, or $300 million to $240 million in “net present value” dollars.

As with the Scarborough subway, it’s entirely predictable that many suburban councillors will happily forsake their fiscal principles when it comes to car-friendly transportation infrastructure. But what about the swing votes, and the positions of the mayoral challengers (David Soknacki and, as of today, Karen Stintz)?

Here’s my question: what happens to this fractious debate if the Gardiner removal option is bundled with a detailed financing plan for the Queen’s Quay East LRT, which is estimated to cost almost $400 million and lacks a funding source?*

For reasons I can’t really grasp, those two pieces have never been put together. The EA is merely the latest waterfront planning document to wax on about the importance of encouraging commuters to take transit into the core.

And as anyone who’s followed the long-running discussion about waterfront/portlands redevelopment will know, the Queen’s Quay LRT is considered a key piece of the infrastructure puzzle. A 2006 EA by the TTC estimated that the East Bayfront and the Portlands would produce about 31,000 housing units, and up to 35,000 office and retail employees. Those figures, the EA concluded, translate into a Queen’s Quay LRT with peak-period hourly ridership of 4,250 people, a level that matches the Queen 501 streetcar.

The conventional excuse for inaction on the LRT is that neither the TTC nor WT have the capital dollars to spend on this project. But let’s unpack that claim:

The removal premium: While the calculations vary, the EA indicates that demolishing the Gardiner will save the city tens or hundreds of millions of dollars in both operating and capital costs. At least some of those savings can be directed to the LRT project.

Land sales: According to the EA, the city can expect to earn $220-$240 million (2013$) or $80-90 million (net present value) from land sales if the Gardiner is removed. There’s another windfall. Moreover, if the city/WT can assure developers that the LRT is now a funded component of the build-out (and not just a fond hope), land values (as well as commercial leases and condo price points) will certainly rise.

Development charges. The EA is silent on DC revenues, and WT officials couldn’t produce projections when I asked. But a back-of-the-envelope calculation using projected development activity and council’s new DC rates suggests the city could earn well over $400 million as these areas are built out. Of course, those funds won’t all go towards an LRT. But council currently earmarks about 8% of DC revenue for the Spadina subway extension (about a third of all DC income is dedicated to transit). Once Spadina is complete, there’s nothing to stop council from directing some portion of the overall DC revenue to the Queen’s Quay LRT.

Property and income tax revenue. Again, WT doesn’t have numbers, but the reality is that increased development activity in the East Bayfront/Portlands will produce a non-trivial tax stream for all three orders. The city, therefore, can make an application for federal and provincial infrastructure grants, noting that those dollars will cycle back down the road in the form of increased income tax revenues.

Of course, the LRT isn’t the only pricey waterfront infrastructure project begging for dollars; city officials say they are looking to these same revenue sources to underwrite the $900 million cost of the reconstruction of the mouth of the Don River, without which nothing can happen south of Keating Channel.

One doesn’t negate the other. My point is that the Gardiner removal will deliver a cash windfall that hasn’t been fully calculated, publicly disclosed or explicitly linked to the rest of what WT/City want to accomplish on the waterfront.

How about a dose of Jack Layton’s propositional politics?

Let’s start talking specifically about how the city will invest all those dollars it won’t be spend repairing the Gardiner’s corroded deck. City and waterfront officials are bullish about the downstream dividends. Now we need a smart re-investment plan. A contingent funding strategy for the LRT seems like an excellent place to start.

* I have long had reservations about the assumption that removing the east end of the Gardiner will unlock the potential of the East Bayfront and the Portlands. It seemed to me that a busy eight-lane arterial road with buildings only along one side wouldn’t be any more urban than what currently exists. But encouragingly, the final version of the EA indicates that WT, in response to public feedback, is now looking at spurring development along both sides of the re-born Lakeshore in the Jarvis-to-Cherry Street corridor; WT’s 2010 Keating precinct plan proposes extensive development north of the Gardiner as it loops between Cherry and the Don River.