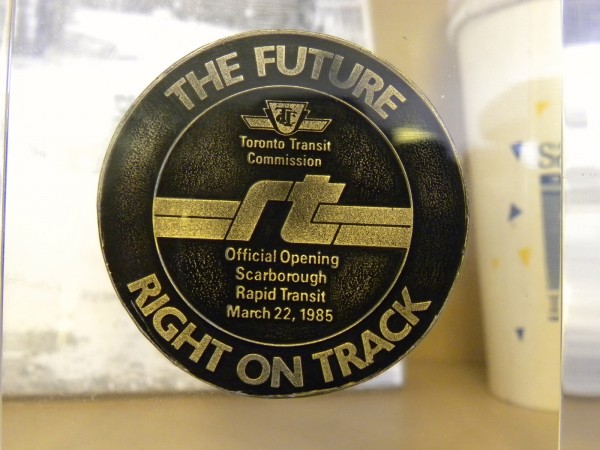 During tonight’s provincial election debate, Tim Hudak and Andrea Horwath will spend plenty of time accusing Kathleen Wynne and the Ontario Liberal Party of wasting billions of tax dollars on a now familiar litany of scandals: ehealth, Ornge, executive salaries, and the infamous gas plant cancellations from the last election.

But despite widespread interest in our series on the Scarborough subway and the accompanying timeline (created with research from Spacing editorial assistant Josh Sherman), the leaders, I predict, won’t attack Wynne for a transit decision that continues to stir controversy across Toronto, if not in the provincial arena.

Yet we can — and should — ask what the orchestrated gutting of the $8.4 billion LRT master agreement, signed by Metrolinx, the City of Toronto and the TTC in November, 2012, will ultimately cost Toronto residents. And we can ask whether the Liberals, in effect, bought a Scarborough by-election last summer by agreeing to bankroll a subway while side-loading well over a billion dollars — the actual sum is unknown — in surplus cost to Toronto residents.

To re-cap: Between the feds, the province and the city, governments have committed $3.05 billion to a three-stop subway that will cover less ground and take longer to complete than the $1.8 billion, seven-stop Scarborough LRT.

What we don’t know is the full cost of extending the life of the nearly crippled Scarborough RT for the duration of the construction, nor the amount required to tunnel under Scarborough Town Centre. Metrolinx has also told the City it will have to cover $85 million in sunk costs associated with the LRT – roughly equivalent to a 4% property tax hike — as well as environmental assessment outlays.

What’s more, as a Metrolinx business case analysis obtained by Spacing warned, the total project budget could balloon by 40 to 50%. Bottom line: brace yourself for Union Station-type cost overruns over the coming decade.

Finally, as the Metrolinx memo noted, the 2031 projected peak volumes will be well below even acceptable LRT levels, meaning this subway extension will place a drag on the TTC’s operating budget for decades to come. Those shortfalls can be made up in only two ways: fare hikes or property tax increases. Pick your poison.

We sent Toronto Centre MPP Glen Murray, the Liberals’ transportation and infrastructure minister prior to the dissolution of the legislature, several requests for his reaction to our series, but he did not respond.

Mayoral candidate Karen Stintz, however, did agree to answer our questions. Here is an edited transcript of the interview, conducted on the weekend:

SPACING: Was council working with a complete understanding of the project costs when it approved the subway last fall?

SPACING: We obtained a memo prepared by Metrolinx which warned that the subway could be 40 to 50%, or as much as $1.5 billion, more than initially estimated.

STINTZ: It is my belief that council made a decision knowing there would be increased costs, although council [knew] it had partners in the federal and provincial government and decided to invest in subways.

SPACING: Did you understand the complete cost of extending the life of the SRT for the duration of the subway construction?

STINTZ: We knew we had to extend the SRT.

SPACING: Do you know what the cost will be?

SPACING: The question was, was council’s decision based on an all-in cost?

SPACING: What about the warnings from Metrolinx about cancelation penalties associated with the Bombardier LRV order?

STINTZ: Bombardier is a partner with the TTC. They build our subways and our LRVs. I can’t believe our partner would penalize us for ordering more subways.  It is my expectation that Bombardier will continue to be a good partner with the city and the province. The Hurontario LRT [in Mississauga] has a scheduled order for LRVs that hasn’t actually been placed yet. If you use the Hurontario order instead of the Scarborough LRV order, it’s a wash.

SPACING: What happens if Metrolinx’s 40-50% budget overrun projection is correct?

STINTZ: I would argue that the cost of going back to revisiting transit plans is greater than the cost of proceeding. People still ask me why we can’t get transit built in this city and it’s because we don’t stick to a plan.

SPACING: The Metrolinx memo concludes that the subway plan “will not represent a good use of public investment dollars…”

SPACING: What does it say when the elected officials disregard their experts’ advice?

STINTZ: I think it’s a victory for transit that we have three levels of government agreeing to a transit project. The costs of going back to revisit that project are greater than the cost of proceeding.

The irony of Stintz’ statement couldn’t be more glaring, as the Scarborough subway decision represents precisely the sort of revisiting that she – and John Tory – have condemned in the current debate over Toronto’s perennially stalled plans.

During that period, Ontario’s Liberals have rolled back the funding promise, agreed to indulge Rob Ford’s bid to kill Miller’s LRT plan, and then re-directed funds to the subway in spite of a formal contract that specified cash penalties.

Council, of course, has demonstrated repeatedly, and amply, that it needs adult supervision when confronted with tough transit decisions; indeed, councillors across the political spectrum (including progressives like Paula Fletcher and Joe Mihevc) collaborated in a gambit that should never have even reached the floor of council. But the other (senior?) partner in this dance macabre, the provincial cabinet, is the one that’s supposed to behave responsibly, and with steadfastness.

Instead, the Liberals have been actively complicit in the hyper-politicization of Toronto’s transit struggle, with electoral opportunism and short-term thinking always prevailing over evidence-based decision-making and the long view. By signaling council that they’re willing to play let’s-make-a-deal in the guise of deference to local decision-making, the Liberals are essentially telling Toronto’s politicians that they’ll indulge the irresponsible behaviour of our elected officials.

There are no laws compelling governments to use good judgment; that’s why we have elections. But the question arising from this campfire of the vanities is whether new transit governance structures could at least mitigate the temptation to endlessly meddle and re-litigate previous political decisions.

Imagine if the Metrolinx board, last year, had had sufficient independence that it could threaten to resign en masse if the province tried to tear up a signed contract with real cash penalties. Or, to take a less dramatic scenario, what if the Metrolinx board had had the latitude to pass a motion refusing to abandon its master agreement instead of merely asking its CEO to send off a threatening letter?

It seems to me that whichever party emerges victorious on June 12 must begin the process of re-tooling the governance of the regional transit agency, with an eye to creating, and then institutionalizing, meaningful independence.

In the tunnel of the mess that has been created, it’s the only light that I can discern.