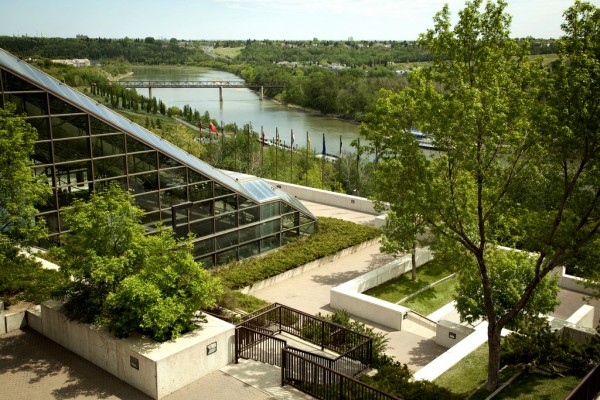 What public space improvements have you made in your city, Edmonton?

My role in city building is to advocate for inclusivity and creativity, facilitate dialogue, and temporarily activate public and private spaces to provide opportunities for inspiration and connections between people. I help to make things happen. For instance, I co­founded the national Designing Downtown movement, “a vehicle for inter­city exchange for partnerships that seek to enrich and advance the conversations and actions we take to shape downtowns as spaces for everyone.” So, exploring a downtown as “public space” in a sense.

My interests these days are: 1) the concept of public space. What is it? Who owns it? What is its role in urban dynamics? Why does its design matter? How do citizens, government, business use it/transform it?, 2) Indigenous urban planning. What is it? Who is involved? What could this look like in Edmonton? What does it look like elsewhere?, 3) Downtowns. Why does the core matter? What does inclusivity look like? What are creative approaches to downtown development?

What public space improvements would you like to see in Edmonton?

For Edmonton to become an Indigenous­inclusive city, we need to shift from the consultation paradigm to co­creation of the city via urban design, governance, economic development, land use, and culture and heritage. I’d like to see us re­imagine the city, to push ourselves to think boldly and to genuinely link the realities of the past and present and the future through more than just stories. We can do this in the urban landscape with architecture, design, space, placemaking, art. It’s starting to happen here already, and the potential is being revealed with every urban intervention, every master plan, every conversation we have. Expect some big things coming out of Edmonton in the next decade. Fingers crossed!

Everywhere I travel, I aim to connect with “guides” who can peel away the layers of their cities. I also chat with people ­­everyone. I try to find out where locals perceive the public spaces to be, who is there, how they are used, what the design elements do or don’t do to foster gathering and interactions. So, I learn a lot. I think a successful public space is constantly in the process of becoming and changing. It’s alive.

Some of my current public space crushes are:

Your advice to emerging leaders as it relates to public space?

Hmmmm…Just do something. You don’t have to pay a penny even. Or just be. You can change a space with a poster, with the way you sit, how you move. You’re both the fixture and designer of a space. Always. When you are working on something, listen. Ask questions. Listen more. Try to understand how different interests might align and how various projects are interconnected. Yours is not an isolated project and it probably isn’t unique in the world, at least. So, connect away! Think of it, and you, as part of an urban ecosystem. 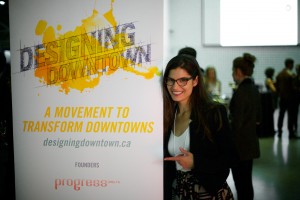 Lisa Baroldi is the creative economy & aboriginal lead at Edmonton Economic Development and director & vision holder at Progress Unlimited. She is also a co­founder of Designing Downtown, a national movement and vehicle for urban design exchange between cities. Inspired by people, cities, and intercultural exchange, Lisa works to advance creative entrepreneurship and design, deepen relationships between cities, foster inclusivity and creativity, and support aboriginal business and citizen­driven projects on Indigenous expression in the city. She grew up in very small town located in Treaty 8 First Nations of Alberta territory, but is most at home in urban centres around the world. She relishes the energy surge that comes from crossing a main city street into a large and mixed group of fellow pedestrians, especially at night.