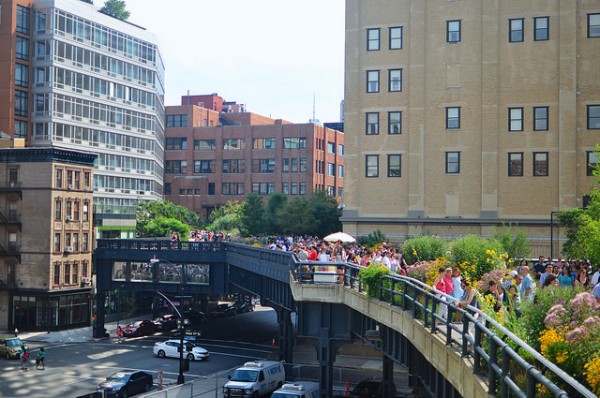 We work on a lot of infill lots, at a variety of scales and project types. We’re part of the team building the smaller scale fabric of the city, which in aggregate is as significant as the larger projects, and arguably of greater impact – if only because it’s more widely spread.

As citizens we have to subscribe to a more expansive definition of public space. Buildings and properties should never be thought of as objects in isolation, but as part of a much larger fabric – in plan, in section, and in time. Our right of ways are too cramped, too encumbered. We are busting at the seams, and it doesn’t make for a gracious public realm today, let alone in the future when there will be more of us trying to just get around. The City is working to organize this and chip away at the problem, but as citizens we have to recognize it as well, and add our voices and energy to those at the City. And then there are our parks – underfunded and under-maintained, but such a vital part of our public realm… and transit…

The Highline in NYC is a beautiful illustration of a community-based vision that transformed what was considered a useless vestige of an earlier age into an amenity with the capacity to delight, surprise and provide a new way of seeing the city literally and figuratively. It’s a project that inspires me in a number of ways, and a touchstone of contemporary design.

Have a critical eye for not just your corner or your neighbourhood amenity, but of what’s going on at the larger scale, and how the City knits itself together as it develops. It is so important to understand new projects and the public realm at both the macro and the micro scale, in the ongoing building project that a city is. I am surprised by how many young people resist change, although I’d like to think this due to a lack of information or understanding rather than a fear of change itself.

Meg is a Principal at superkül, a Toronto-based architecture practice founded in 2002 and recognized as one of Canada’s leading design firms. The practice has a broad portfolio of project types and sizes, ranging from single-family and multi-unit housing to larger scale commercial, institutional and public works. Superkül’s commitment to design excellence, pragmatism, and sustainability has resulted in numerous architecture and design awards and the publication of the practice’s work locally, nationally and internationally.

Since 2001, Meg has taught at the John H. Daniels Faculty of Architecture, Landscape and Design at the University of Toronto. A past Chair of the Toronto Society of Architects, she sits on the Harbourfront Centre’s Architecture Space Advisory Committee, acts as Precinct Advisory Committee member of the Friends of Fort York, and has recently been appointed to the City of Toronto Design Review Panel and the Harvard Graduate School of Design’s Alumni Council. She is a member of the Ontario Association of Architects (OAA) and the Royal Architectural Institute of Canada (RAIC), as well as a mentor to a young generation of intern architects.

Top photo by bclinesmith, The High Line at 17th St