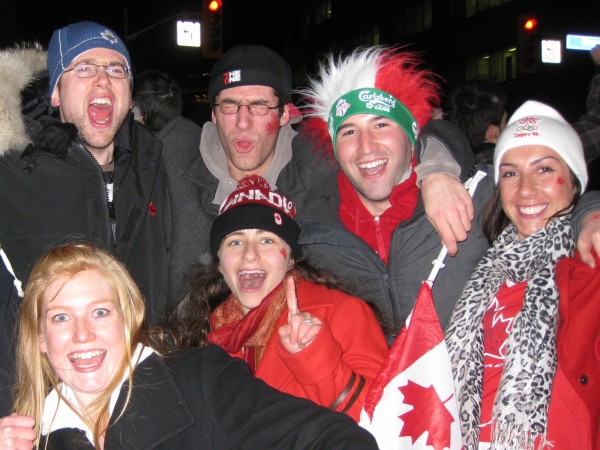 As City Council considers removal of the scramble at Bay and Bloor, many issues are up for debate: safety, usage levels and traffic congestion, the effectiveness of the painted markings used in Toronto’s scrambles, the needs of the local BIA. Generally forgotten is how exciting the scrambles were when first installed and there was an almost illicit thrill to crossing kitty corner in one go.

The thrill of scramble crossing peaked for me on February 28th, 2010. That night Canada won Olympic hockey gold and a spontaneous downtown wide street party ensued. The scramble at Yonge and Dundas became overflow for Yonge-Dundas Square. Amidst a sea of red and white, traffic was at a standstill and people were crowd surfing. 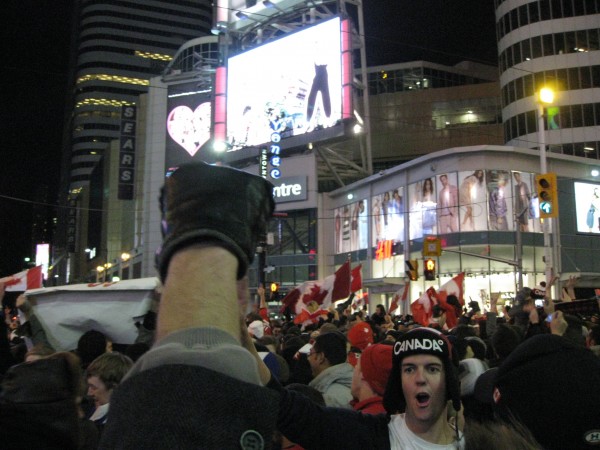 At Yonge and Bloor – Bay and Bloor had not yet become a scramble intersection – the party was also in full force, but only at appropriately signaled intervals. In contrast to the Dundas Scramble, the traffic on Bloor St. flowed unimpeded. The four corners of the intersection were packed with hockey fans patiently waiting for their turn to scramble. Come each pedestrian priority opportunity the crowds rushed into the intersection; for 30 seconds at a time the scramble became a mosh pit. When the lights started to change everyone was back to their corners and the car traffic had its turn to advance. It was a quintessential Canadian experience: celebrating hockey, loudly, on the streets with friends and strangers, very politely. 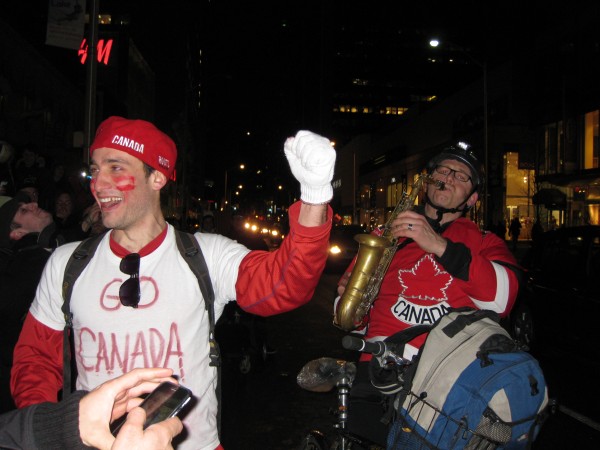 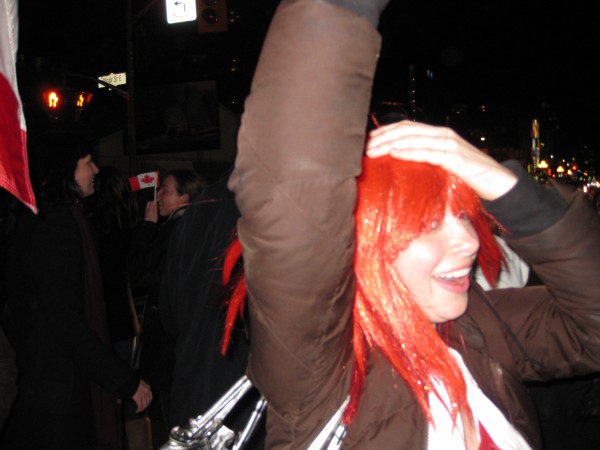 That night, the interests of pedestrians and drivers were perfectly aligned in the scramble. A spirit we could use more of as transit infrastructure continues to be debated in Toronto.

Shoshanna Saxe is an engineer from Toronto and a Canadian hockey fan. Say hello on twitter @shoshannasaxe