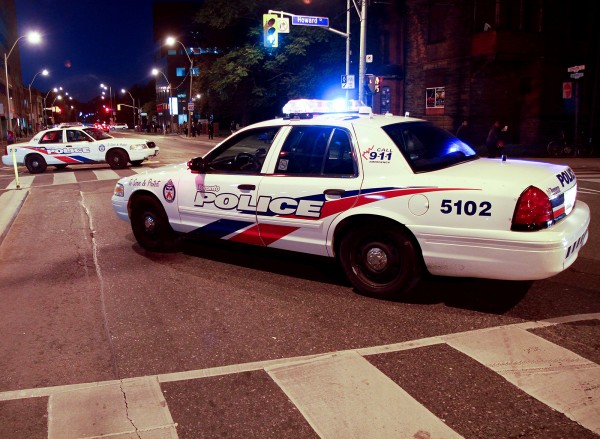 This week, Toronto Police Board (TPSB) chair Alok Mukherjee broke his silence and admitted to The Toronto Star that he was cornered into a position where he could either charge outgoing Chief Bill Blair with insubordination and delay the policy change on carding, or accept a compromise — to be debated at today’s TPSB meeting — and pray the next chief will be reformed-focused.

Those revelations made two things clear to me: One, that the chair of the civilian police oversight was too afraid to apply pressure when it was needed; and two, that board would rather compromise than stand firm on its own directions. And this capitulation raises the question: who is managing whom?

When the TPSB approved the Community Engagement policy on April 24th 2014, it was a progressive step towards restricting aspects of the arbitrary and purposeless practice of street checks. The 2014 policy had a simple ask for the police service: define a specific “public safety purpose” when officers stop people, and require them to advise individuals that their participation is voluntary.

Chief Bill Blair, however, refused to operationalize the new policy. After a few months of delays, the board called in a mediator. The TPSB’s main role is to provide oversight and direction, i.e. policy, for the police service. The Chief’s job is to take that policy and implement it, as the legislation says, “in accordance with the objectives, priorities and policies established by the board under subsection 31 (1).” The fact that the board was forced to negotiate with the chief over a policy matter creates a troubling precedent for future police-board relations.

The resulting compromise, introduced as a new draft on March 27, did not reflect the TPSB’s 2014 policy direction. For example, the initial policy directed officers to proactively inform people of their right not to engage when stopped. The compromise removes this provision, which means it is now up to individuals to ask if they can leave – a classic reverse onus.

Another example: In 2014, the board stated that officers provide a valid public safety purpose when they stop individuals for “community engagement.” The Chief’s new definition of “public safety purpose” is notably vague, and effectively gives officers plenty of room to justify a stop: “preserving the peace, preventing crimes or other offenses, and/or the performance of common law duties, including the duty to protect life and property.”

Mayor John Tory, who has often vowed to improve conditions in some of the city’s highest needs areas, called the Chief’s new procedure a “very positive step forward.” Yet this so-called “step forward” includes no accountability measures. Instead, individuals who are randomly stopped by police are expected to know they have the right to walk away, and also the right to demand a business card with the officer’s name. But if they want to find out why they were stopped, and what was written about them, the individual must pay for a Freedom of Information request to access to their own information

Given everything we know about carding, why are we even pretending this process has merit and that communities are safer as a result of random stops?

Blair has said repeatedly that carding is an invaluable investigative tool and that the police are sanctioned to talk to members of the community. (The Police Services Act does not give police officers the power to arbitrarily stop individuals and make records of those encounters even though there’s no specific investigative purpose or reasons for arrest.) But how many crimes has carding prevented? How many cases have been solved because police had the contact information in their databases? We don’t know because the TPS has never provided more than generalities about the effectiveness of the practice.

As lawyer Frank Addario said when he deputed to the board about the 2014 policy draft, “I’ve been asking the question since December. There is not presently any empirical information, one way or the other, on the value of this type of information gathering. It is a matter of speculation.

In other words, if there’s a pattern of gun violence or crime in a given community, then the police logic is to cast a wide net and document everyone living in the area. Carding is not intelligence-led; it is an arbitrary act of intimidation.

More problematically, carding undermines two of the Police Act’s animating principles: the need for cooperation between the police and the communities they serve, and the importance of safeguarding Charter rights. The practice breeds mistrust and undermines the work of neighbourhood officers who put in the time and labour to earn the community’s trust. Little wonder that witnesses don’t come forward and collaborate with the police when they’re investigating crime.

But I have an even more specific concern: the people mostly likely to be carded are minors, ages 12 to 15. They aren’t following the media coverage or searching the TPS website to find out their rights. And these young people are clearly at a power disadvantage when they’re stopped by an adult in a uniform, carrying a sidearm. How do we educate these youth? Should we be teaching them how to manage a carding encounter in high school civics classes? Has it come to that?

As the TPSB prepares to sign off on this sorry compromise and thus bargain away its capacity to set policy for the city’s police service, why do we have more questions than answers?