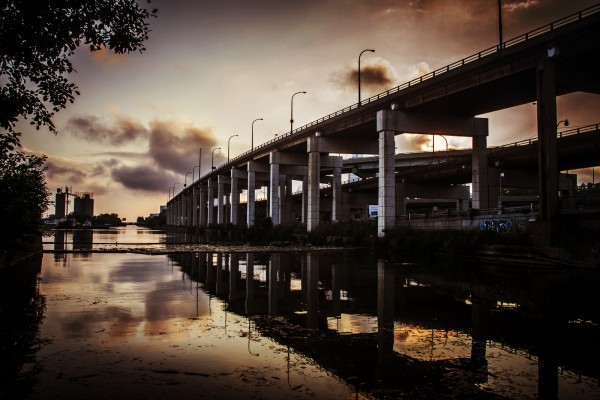 Does the melodrama over the projected two- to ten-minute delay that may occur due to the removal of the lower portion of the Gardiner resemble a farce that’s played out in Toronto before?

Absolutely. We went through this whole charade about a decade ago, on St. Clair West, when the Toronto Transit Commission released a report projecting that the travel times along the corridor would fall by a whopping two minutes if the city built a dedicated right-of-way for the 512 car.

Opponents seized on that number to fulminate against the project: Why go to the enormous expense and disruption for a mere 120-second savings? they demanded. It seemed absurd.

Today, I defy anyone — pro or con the right-of-way — to locate an individual who can accurately report the average delta in trip duration compared to their pre-ROW streetcar commutes. Travel times are subject to multiple and constantly changing variables: weather, accidents, construction, misplaced keys, short-cuts, whether your kid is acting up that morning, etc.

This flux, moreover, exists both for transit users and drivers. Commute times, for individuals, fall in a broad band. The reality — unless your workplace is at the end of the block or on the dining room table — is that your trip can vary in duration by as much as 100%. A delay of a few minutes is a rounding error, nothing more.

The scientists who make these elaborate simulations — all of which are built with a confection of historical sample data, macro demographic and economic estimates that reach far into the future, and complex algorithms — know this. And yet we — by which I mean city officials, politicians and a gullible, math-phobic public — insist on treating these super-precise time projections as facts, the logical consequences of which will be baked into our infrastructure (and public finances) for generations to come.

But they are not facts. They are guesses, and should be handled with extreme caution.

Unfortunately, we do just the opposite. Indeed, there’s much in our public discourse to reinforce our belief in travel time predictions and estimates. The media loves to report on city-by-city commute time rankings, and the most recent of these have given Greater Toronto dubious bragging rights as one of the most molten cities in the industrialized world.

Civic Action, in a well-intentioned but misleading gesture, sought to whip up support for more transit investment with the “Your 32” campaign, which encouraged commuters to ask what they’d do with the extra half hour generated, at some indeterminate point in the future, by more investment in the GTA transit network. Is there was any way of doing a meaningful before-and-after comparison over periods that can extend for decades, during which lives, working conditions, travel patterns and the city’s form are constantly shifting? Nope.

The models, and the people who create them, try their best to factor in the inherent dynamism of the problem – the fact that transportation systems consist of a limitless number of moving parts, random events and minute interactions – but the reality is that they simply can’t account for what Donald Rumsfeld so memorably termed the “unknown unknowns.”

Case in point: Uber. Five years ago, it was just a $50 German word beloved of philosophy majors. Today, I’d venture to say that Uber — and the companies that will imitate it — is poised to radically change the way we move around cities; these entrepreneurs have yanked the ideal of wide-spread car-sharing from the middle-distance horizon into the here and now. And what about the next Uber, and the one after that? Or what about the fact that so many young people today are opting not to learn to drive or own cars? Can those supposed two to ten minute delays account for future innovation, unexpected mass changes in habit or political course corrections? Of course not.

Prognostications about urban development can be equally dodgy. In the 1980s, when the former Metro Council adopted its mass transit strategy, Network 2011, the prevailing assumption was that office/employment uses were fleeing the downtown. Newspapers and business magazines were filled with breathless anecdotes about this or that company re-locating from the core to the suburbs.

Consequently, politicians of that era adopted transportation infrastructure decisions based on the expectation that the trend would continue indefinitely. Thirty years later, we know those predictions didn’t come to pass. We built it, they didn’t come. Indeed, the core is now by far the most robust employment district in the GTA, followed by mid-town. But the distant echoes of Network 2011, and the faulty policy assumptions which informed big plans, continue to drive infrastructure investment.

Critics of this line of reasoning may say, “Wait, that was 30 years ago, things change.” But proposals like the so-called “hybrid” version of the Gardiner East will be with us 30, 60 or a 100 years hence, just as the current tail of the Gardiner East stands as a testament to an earlier generation of flawed transportation planning. We can plausibly estimate the cost to keep the thing from falling down in perpetuity. But the notion that anyone can predict, decades in advance, the way people will travel — and do so to such fine tolerances — is at best false and at worst highly misleading.

It’s a false dichotomy, because the case for the (far more costly) hybrid option is built on a marshy foundation of statistically insignificant guesses about  improvements in travel times compared to the “remove” option.

Council, of course, can’t make a decision in an analytical vacuum (although god knows it happens often enough). In this case, however, the analysis is hidden in plain view: more than half a century of urban design and planning experience – as opposed to prediction – has proven beyond a shadow of a doubt that highways and vibrant downtowns simply do not mix.

In a surprising spasm of self-awareness, council under David Miller drove a stake through the heart of Metro’s last remaining downtown highway project – the Front Street Extension. Apparently, and ironically, we have since unlearned those lessons, even as a growing number of forward-looking international cities – including, of all places, Houston, which is now debating the removal of an extended elevated highway – have re-discovered why Jane Jacobs is still right, so many years later.

So let’s be perfectly clear about what confronts council in the next few weeks. It’s not, as the staff report claims, a matter of selecting between comparably compelling options, each with strengths and weaknesses. Rather, the remove/hybrid vote is a stark choice between certainty and guesswork, successful urban planning and failed transportation planning, the city’s future and the city’s past. The Gardiner vote is about many things, but a tiny, and ultimately fictitious, slice of time saved from door to desk isn’t one of them.