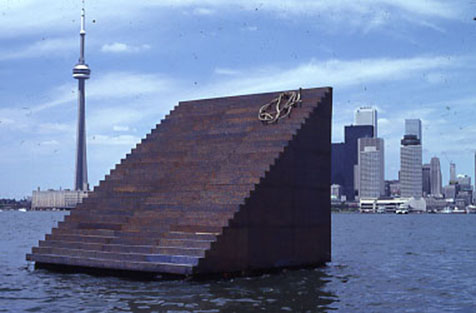 Toronto has long had an incredibly strong art scene but it has often been overlooked, thought not to be particularly historic or something worth paying attention to. Perhaps that’s part of the tendency in this city and country to not appreciate what we’ve got as much as we should. To that end a massive conference starts later this week at the University of Toronto’s Justina M. Barnicke Gallery and the University of Toronto Art Centre called This is Paradise: Art and Artists in Toronto that will take a critical look at what’s been going on in this city over the last half-century.

Over 4 days there are 75 presenters sitting on panels and giving lectures covering “the “absence” of history, and the relationship between Toronto and other urban centres; the collective impulse in local artistic scenes, and the current pressures of “creative city” paradigms; case-studies of particular places and locales significant in the cultural ecology, as well as considerations of discourses including diaspora studies, urbanism, queer studies and feminism, and of the conditions of specific media such as DIY publishing, independent film and artists’ video. The conference will culminate with roundtable conversations about the state of art institutions in Toronto – past, present and future.” 75 presenters and a load of different angles. Check out the full program here.