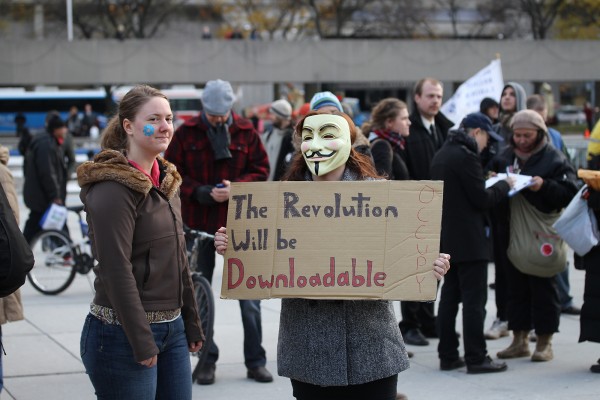 Two and a half years ago, the City of Toronto didn’t have somebody in its communications division specifically focusing on communications online. Today, that person is Francine Antonio Forte.

Forte has no small task:  in total, City of Toronto departments runs more than 120 accounts, profiles, and pages on a variety of social media platforms. Forte, a 10-year veteran of the City’s communications department, doesn’t write each post: instead, she’s in charge of administrating the City’s digital world. Her official title is “Digital Communications Manager,” a position that has only been around since Forte took it on in February 2013. It’s been a big change for the City of Toronto, which highlighted increased city social media use in this year’s budget.

“Social media provides this incredible opportunity to build and maintain public trust and transparency,” Forte says. Various entities at the City of Toronto run: 56 Twitter accounts, 47 Facebook pages, 11 Youtube channels, four Flickr accounts, four Instagram accounts, two Pinterest accounts, one LinkedIn company page, and two Linkedin groups. The content of each is produced by the civic entity concerned, but Forte drafted the policies that govern their use. She also trains staff in how to use social media, and works to make sure it’s only used when necessary.  making videos for Youtube or running a Twitter account takes time, after all.

Still, the way the City’s social media accounts are used shows that they fill a need. They form a large body of information and knowledge about the city that has far fewer physical barriers to access than, say, a trip to City Hall.

It’s also worth noting that while the social media material is in English, the City uses Google Translate for its website and social media platforms. “As with other communication channels, there are budget considerations that factor in to the City’s ability to translate messages and materials into the various languages spoken by Toronto residents,” Forte says.

For instance, there’s @311Toronto, which provides information about common problems like flooding, but also responds to queries and problems tweeted to it by people around Toronto.

On Youtube, the City’s main page houses videos like this one demonstrating the efficacy of “Green Bin 2.0”:

(Raccoon Nation has vowed trouble). That video garnered 120,000 views. That number is unusually high for a video by the City, but a few thousand views over a longer period of time isn’t uncommon.

Although Forte says those policies are mostly “a gathering of existing policies and legislation,” they represent a new direction for the City. The Strategic Communications staff member also oversees the City’s email updates and is a co-ordinating force behind the new City of Toronto website. When she was hired, the current website had become “a bit of a digital landfill,” Forte says. The new website won’t be “fully implemented” until around two years from now, by the end of 2017.

She’s also got a number of shorter-term projects on the go that will make changes to the existing website: a refresh of the central social media page, reviewing the “levels of access” that inform City social media guidelines, and working on a QR code pilot. Another aspect of Forte’s job is slowly changing, as new people are hired at City Hall. “Digital capacities are sort of worked into new hires,” she says.

Although Forte was only hired in 2013, City Council started talking about coordinating their burgeoning digital assets in 2011. The conversation, appearing in General Management Committee minutes, was sparked by Councillor Paul Ainslie (Ward 43, Scarborough East). The current chair of the General Management Committee (GMC) and former Ford insider was also the GMC chair between 2010 and early 2012. He was re-appointed to the position after John Tory was elected mayor.

“I think [social media] is an excellent tool to get people engaged, [and] get information out there about what’s happening, what’s going on,” Ainslie says. He also said that social media reaches a demographic who may not see newspaper ads or watch television: 18-30 year olds.

A position like the one Forte now holds first enters the GMC minutes almost a year after Ainslie’s first letter, on March 28, 2012. The report about that position was received by the May 24, 2012 GMC meeting. That meeting adopted the report’s suggestions to hire a digital communications manager, with the amendment from Ainslie that the report on the viability of hiring such a person include a cost assessment. The report on this matter from Strategic Communications came out June 11, 2012.

Even when he wasn’t on the General Management Committee, Ainslie pushed for the City to make augment its digital presence. As recently as this January, he was encouraging the City to look at further places to use social media.