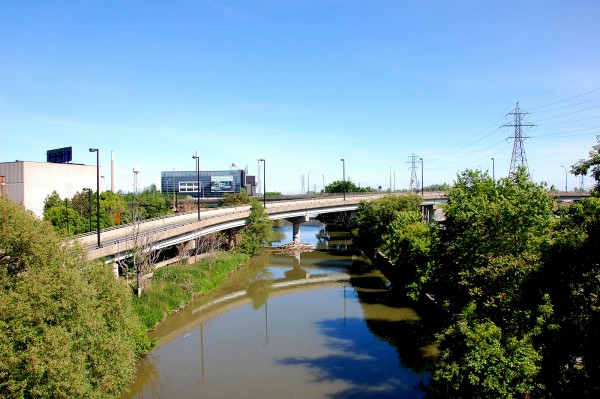 I know that many politicians are ardent devotees of Ralph Waldo Emerson’s lovely old putdown, “consistency is the hobgoblin of little minds.” I also know that I probably shouldn’t waste my Sundays looking for consistency in voting patterns.

But in the wake of last week’s near photo-finish on the Gardiner vote, I couldn’t resist going back to the roll call on council’s August, 2009, decision to submit a draft terms of reference for an $8 million environmental assessment on a proposal to remove the eastern leg of the road we love to hate.

David Miller, then in the mayor’s office, handily marshalled a sturdy 26-10 majority in support of a document that was unambiguous about the direction the city and Waterfront Toronto wanted to go. Among the supporters way back then were these four suburbanites, all of whom supported the hybrid option last Thursday: Glen DeBaeremaeker, Frank DiGiorio, Norm Kelly and Giorgio Mammolitti (yes!).

Had they voted consistently, we’d have been looking at a 25 to 20 loss for Mayor John Tory, who, it must be said, also used to shill for the take-down option. But I digress into a world of delusion and magical thinking. Of course they swapped and flopped and hopped. It’s what these guys do best.

My point in this little compare-and-contrast exercise is not to whine about council’s choice, but rather to note the relative margins of victory for two seemingly contradictory decisions. Miller, at the time, was limping away from an exceptionally bruising garbage strike, which was resolved only after a concession by the City that many people saw as a capitulation by the mayor. Traffic congestion, moreover, wasn’t much different than today. Despite all that, plus the fact that three reliable downtown councillors missed the vote, Miller, who’d come out publicly in support of removing the eastern end of the Gardiner, delivered a strong margin of victory.

Now let’s think about Mayor Tory last week. Just six scandal-free months into a first term, he should be sitting on a veritable mountain of political capital. He won office by selling himself as the great unifier. His base of electoral support, what’s more, extended well into the old City of Toronto, and neighbourhoods that don’t typically vote for conservatives.

Yet for all that, plus numerous pre-vote pressers, speeches and media appearances, Tory’s victory was as flimsy and unstable as could be, and turned on some transparently phony motions to study ideas — tunnels! tolls! tolled tunnels! — that every single sentient person at City Hall knows will never see the light of day.

What’s more, as I tweeted on Friday, there’s plenty of overlap between the councillors that supported the remove option and the wards that backed Tory in last fall’s election. It seems that he isn’t dancing with the ones that brung ’em.

Political leaders, of course, sometimes need to make tough, unpopular choices – think of the Chretien Liberals and their campaign to kill the federal deficit, the Mulroney Tories’ move to impose the GST, or the McGuinty government’s special health care levy. So one could conclude that Tory, in backing the hybrid, was fronting the hard-headed but necessary solution as opposed to the idealistic and uncertain one, hence his own personal switcheroo, the procedural sleights of hand and the first-past-the-post approach to winning the vote.

But I’d argue that Team Tory profoundly misplayed the Gardiner debate, and he therefore failed a crucial first test of his capacity to build the sort of broad council coalition that actually operationalizes his ‘One City’ campaign pledge. As several commentators noted, even Tory himself didn’t seem especially jazzed about the win.

Consider the political architecture: Everyone knew, going in, that council and public opinion were deeply split. City officials were divided in terms of their professional judgments. First Gulf, which gave us the hybrid idea back in the fall, said it could live with either version, presumably because the hybrid alignment proposed by staff bore little resemblance to the one the developer proposed.

Face with two almost evenly weighted camps and cases, what’s a mayor to do? From where I sit, Tory should have put the whole thing on pause, and rallied council around a motion asking city officials to come back with genuine compromise solution that addresses both the waterfront planning critique of the highway’s presence and the commuter/goods movement critique of a broken link in the city’s transportation network. (The hybrid is hybrid in name only.)

That’s what a self-described unifier should be doing: looking for ways to unify. It’s axiomatic.

As it happens, we may end up with that result by happenstance. With the preferred option chosen, the City and Waterfront Toronto’s must now refine the design aspect of the hybrid before shipping the completed EA off to Queen’s Park.

It seems clear to me that City officials have been told in no uncertain terms to figure out how to align that curve between the Don Valley Parkway and the Gardiner in such a way as to keep the road back from the water’s edge. Certainly, the litigation-minded developers with land down there, most of whom have soldiered through a decade of OMB appeals, aren’t going to go away just because council voted for the hybrid. Moreover, as the City’s lawyers surely understand, the developers’ bargaining position will be strengthened each and every time a clump of concrete drops onto Lakeshore Boulevard. Which, by the way, is not an “if” scenario but a “when” scenario.

In effect, it has fallen to the City’s lawyers and its civil engineering consultants to figure out how to save us from ourselves.

Going in, if Tory had set out to be the leader who pushes staff to find that common ground, as opposed to the partisan who delivers a narrow majority vote at council, he would, in my estimation, have garnered far more respect from residents across the city, and across the political spectrum. Yes, he might not have won over the most dug-in advocates on either end of this debate. But he could have said to everyone else, we all have to give ground in order to make the city function for all its residents.

Did he get blinkered strategic advice from his staff? Is he already fixated on a 2018 Rob Ford candidacy? I don’t know and it’s frankly not all that important. What’s important is that if Tory genuinely believes that he can play the role of consensus builder in a divided city, then he’s actually got to start building and selling those consensuses when tough, divisive issues surface on council’s agenda.

Otherwise, Tory’s One City branding will morph into a rhetorical boomerang that smacks him in the head when election season next rolls around — if not sooner.