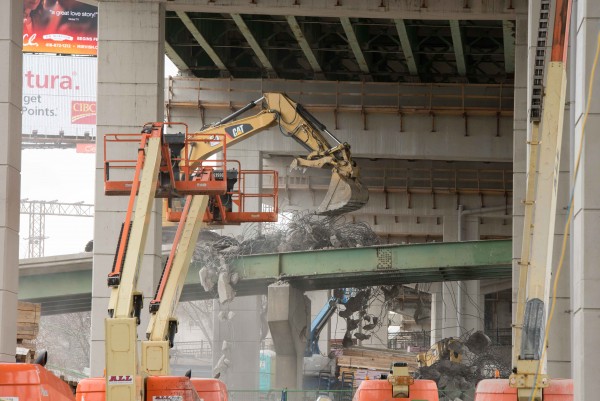 The summer edition of the Friends of Fort York’s quarterly newsletter, Fife and Drum was released recently.  It’s a busy time at the Fort this summer with the Pan Am Games’ Aboriginal Pavilion on site. With the new Visitor’s Centre, there was no need for the old Garrison Road bridge under the Gardiner, and it met its farewell in April as you can see in the picture above. Here’s some of the highlights in this issue:

Photo by Sid Calzavara taken in April of the Garrison Road bridge destruction.