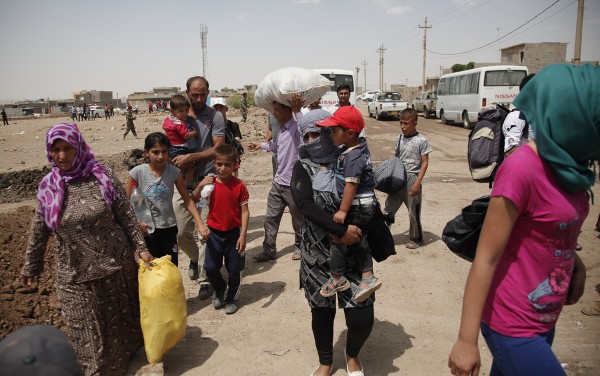 Like many Canadians, I was riveted to the point of distraction by the extremely disturbing events of last week, and the way the developments in Europe’s refugee crisis reverberated in this city, and in other big cities across the country.

But beyond the emotion of that terrible image of a young boy washed up on beach, the accounts of the chaos in Budapest, and the Canadian government’s tin-ear response to the same, something else gnawed at me relentlessly, almost like a trigger. And on Saturday, as the migrants who’d been treated so wretchedly in Budapest finally reached the safety and open arms of officials in Austria and Germany, the source of the aggravation hit me:

That as the events of the past week unfolded, Canada, in a peculiar way, suddenly found itself on the same ethical plane as Hungary — a self-involved country with an odious government and a rich history of treacherous xenophobia.

True, we haven’t forced weary families off trains. But in the worst humanitarian crisis in decades, it suddenly became crystal clear that we hadn’t done much better than the Hungarians, and that grim fact sunk in powerfully last week.

We caught the image of Harper’s Canada in the mirror, and we didn’t like what we saw there.

Some disclosure here: my parents are Hungarian Jews who survived the Holocaust but fled Budapest during the 1956 revolution after witnessing a communist official being taunted as a Jew and then lynched by a mob.

They crossed the border in the middle of the night, and soon encountered helpful and welcoming Austrian officials, as the migrants fleeing Hungary did this weekend. As with thousands of other Hungarians back then, Canadian consular officials in Vienna expedited my parents’ refugee claims and they then boarded government-sponsored planes destined for Montreal. It all took less than a month.

Today, we’ve become more like Hungary and much less like the Canada that took in my parents in 1956. Or, perhaps more precisely, we’ve regressed towards the Canada of Mackenzie King, which turned away boatloads of desperate, and doomed, Jewish refugees during the 1930s and 1940s. None, as one official famously noted, is too many.

Yet the poverty of the Tories’ current response — only 600-plus government sponsored Syrian refugees to date, troubling bureaucratic roadblocks with Ottawa’s overall commitments, and Stephen Harper’s stubborn insistence that the anti-ISIS bombing campaign will somehow rectify the humanitarian crisis as it exists now — must also be situated in the broader context of the Conservative government’s approach to foreign policy and immigration.

While the Tories have assiduously courted immigrant communities for political purposes (how many times have we seen visible minorities standing behind the prime minister during photo ops?), the rest of their approach to the world has shifted a very long way from the humanitarian outlook that began with Lester B. Pearson and continued uninterrupted to the end of Paul Martin’s term. 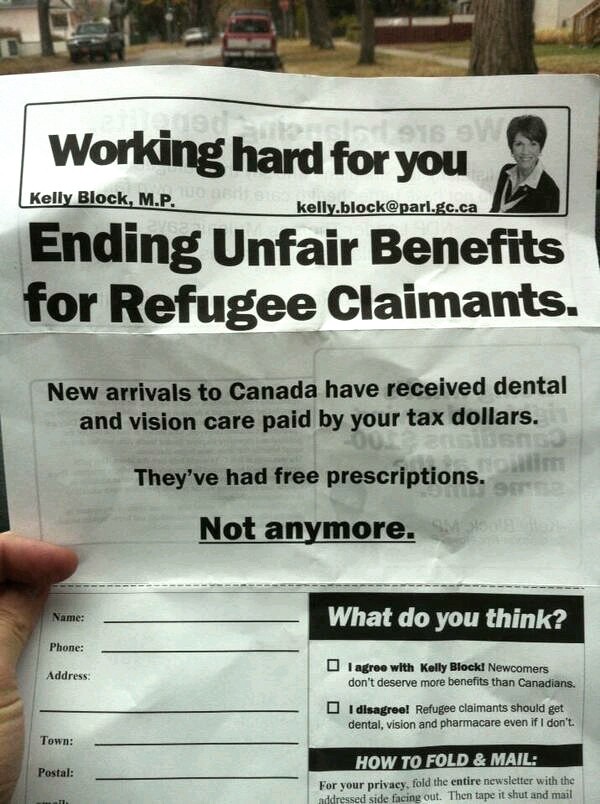 Consider the Conservatives’ pattern: a mean-spirited attempt to cut refugee health care; the dramatically expanded use of temporary foreign workers; the abandonment of Canada’s long-standing role as an honest broker in conflict zones; the bellicose stance on Israel and Ukraine; the dismantling of the Canadian International Development Agency; the disdain for our international environmental commitments; the police-state anti-terrorist tactics; the coded language around stricter voting eligibility rules.

More evidence needed? Faith groups came forward last year to report that changes in the rules for private sponsorship have become increasingly burdensome. “Based on a survey of the 85 private groups that have formal refugee sponsorship agreements with Ottawa,” the Toronto Star reported, “recent policy changes appear to threaten the vitality of the sponsorship program launched in 1978 amid an outpouring of public concern over the Southeast Asian ‘boat people’ crisis.”

The accumulation of these policies, I’d argue, poses a substantial long-term threat to the livability for which Canadian cities are widely renowned. Most refugees and immigrants settle in urban regions, and almost half in the GTA. While suburban areas with high concentrations of diverse newcomers do face significant social, economic and political challenges, they nonetheless function reasonably well.

Certainly, Canadian cities have not experienced the kind of alienation and radicalization that festers in places like south London or Paris’ banlieues, with their high concentrations of north Africans living in high-rise slums (the New Yorker’s George Packer recently wrote an excellent account of the mood in the banlieues after the Charlie Hebdo massacre.)

Why? We owe our cohesion to universal health care, a decent and universally accessible school system, and a social safety net that, while frayed, continues to function. But I’d argue that in places like Toronto, Montreal, Calgary, and Vancouver, as well as smaller centres like Windsor, our urban hyper-diversity has not succumbed to sectarian, racial or ethno-cultural antagonism at least in part because the federal government recognizes that the world has come to live in Canada’s cities, and therefore it must conduct itself accordingly on the global stage.

The refugee crisis in Syria and the Middle East resonated across Canada, but clearly it struck a particular chord in urban regions, as the sharp reactions from a range of big city mayors over the past several days has revealed. And no wonder: In a region like Greater Toronto, 46% of residents were born elsewhere. In other words, for millions of people in this megalopolis, these events summon very specific memories of difficult flight or migration, which, even in the best of circumstances, is a brave and uncertain move.

In recent days, we’ve heard from former Progressive Conservative heavyweights like Joe Clark and Pat Carney slam Harper for inaction, citing the success and popularity of the 1979 emergency campaign to sponsor 60,000 Vietnamese. Yet Ottawa’s pre-Harper stance of remaining engaged on the humanitarian front while adopting a peace-making stance with simmering global conflicts also reflected an pragmatic recognition that in large Canadian cities, neighbours may find themselves on opposite sides of a geopolitical dispute, and therefore it behooves Ottawa to be respectful to citizens (and other residents) on all sides of those distant conflicts. And one critical way to assert that role was to offer a helping hand.

The Harper government doesn’t get this aspect of city living, and there’s plenty of evidence to buttress that observation. But I’d argue that the Tories’ record on immigration and foreign policy offers the most glaring proof of all. Rather than conducting itself like a judicious and responsible global citizen, the Conservative government has fashioned its policies in these critically important areas mostly to pursue partisan objectives. They have use hawkish foreign and defense policy to win tactically important ridings, and they have toughened up their refugee rules to mollify a “base” whose members mainly don’t live in big cities, and don’t care for them much, either. These policies poll well, and so they’re adopted.

Urban Canadians have known about this policy drift for years, but the events of last week crystallized some key learnings, not least of which is that the Tories, for all their showy attending of ethno-cultural events, seem now to be a party whose concern for newcomers and refugees has extended no further than the casting of ballots.

We’ll bring you here if you want to work for peanuts and go home when you’re no longer needed. We’ll talk loudly about admitting you, in your hour of greatest need, but then gum up the admissions process with layoffs and unnecessarily dense red tape.

Unlike the Hungarians, we won’t throw you off a train. Instead, we’ll think of other ways to keep you out.