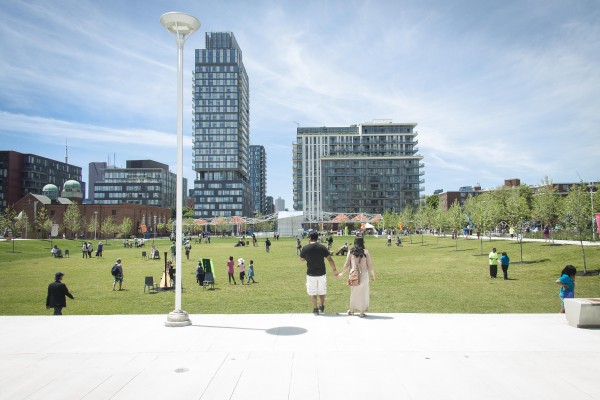 Just over two years ago, City Council approved a five-year Parks Plan. The plan was created with the input of thousands of Torontonians across the city and included recommendations for increased community engagement in parks, support for community gardens, better park maintenance, and more. It was an excellent plan that was widely supported, including by us at Park People, and unanimously passed at council.

And yet in the years since, the City has not approved new operating funding to move these recommendations forward.

In a recent report, City Staff are blunt about the effects. There is no staff in the Parks Branch focused on community engagement, like supporting the 100 park friends groups across Toronto. There is no enhanced maintenance during high-use times, like summer. There is no funding to improve community gardens. There is no dedicated funding for the City’s “highlight” horticultural displays—the City eliminated that in 2012.

This year, we have an opportunity to correct these mistakes. Thanks to a recommendation from the Parks and Environment Committee, City Council will get a chance to vote at its meeting this week to put money in the budget for better parks. We can’t afford to miss this opportunity.

Providing funding for better park maintenance, community engagement, and urban agriculture is not a frill, but a crucial element of creating a healthier, more equitable city.

In fact, a recent Toronto Public Health report, Green City: Why Nature Matters to Health, shows the wide and varied benefits that parks bring to our city and communities. These include reducing air pollutants, mitigating the urban heat island effect, and managing storm water—all increasingly important to Toronto’s resilience as we face the challenge of climate change.

But it also points to both the physical and mental health benefits of parks, such as reduced feelings of stress and increased physical activity. The benefits of community gardening are specifically called out for leading to “enhanced social health, and community cohesion.”

All of this is key as Toronto struggles with growing inequality. The health benefits of high-quality and accessible green space are “more pronounced for lower socioeconomic groups and vulnerable populations,” Toronto Public Health notes, such as children, older adults, racialized groups, and people living on lower incomes.

Take food access—a key issue identified in the City’s recently released Poverty Reduction Strategy, but also in a new report that shows food bank use on the rise in the city’s inner suburbs. To partially address this, the City’s strategy recommends more support for community gardens and food-growing opportunities on public land.

Sound familiar? That’s because it aligns perfectly with a recommendation in the Parks Plan for urban agriculture support—a recommendation City Council will now have the chance to fund.

As an independent charity working throughout the entire City of Toronto to build strong neighbourhoods by improving and animating parks, Park People understands the benefits of well-maintained, active, high-quality parks that become the heart of communities. We have seen firsthand in communities across the city how engaging people in parks can get more people outdoors, build connections between neighbours, and increase civic engagement, making our parks more beautiful, safe, and inclusive in the process.

As our city grows in density and population, parks become even more crucial to our quality of life. Parks are places where we all play, learn, socialize, exercise, or just get away from it all. They are the cottage country for those without cottages, the backyards for those without backyards. They are our common grounds.

While we recognize the City is facing budget pressures in areas such as affordable housing and transit, investing in our parks is a relatively low-cost investment with a high return of social, environmental, economic, and health benefits. An investment in city resources to engage with communities has an even higher return as it builds both strong communities and helps City Staff unleash the potential of community volunteers and energy.

It’s not enough to talk big and approve strategies and plans—we have to do the work of implementing these plans, and that means making the necessary investments. If we want to get serious about addressing inequality in our city, about raising the bar on our parks, and about engaging communities in green space, we need to get serious about making parks a priority in our budget.

David Harvey is the Executive Director of Park People. Jake Tobin Garrett is the Manger of Policy and Research for Park People.