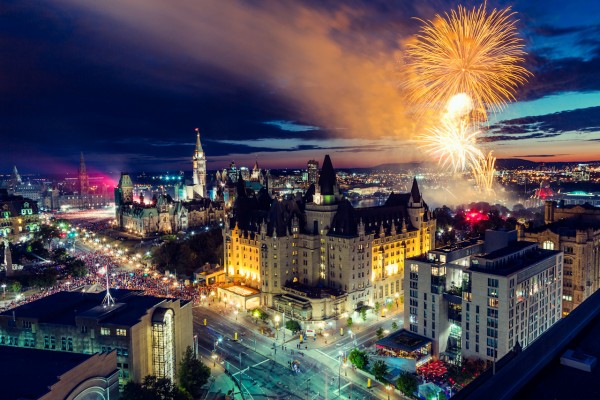 If I had to pinpoint a moment when this exhausting election made an important but subtle shift – the place where the ocean liner’s captain turns the rudder ever so slightly – I’d scroll back to August 26, and an op-ed in The Globe and Mail by Kevin Lynch, a former deputy minister of finance and later clerk of the Privy Council during the Chretien/Martin era.

At that moment, the Liberals had fallen to new lows and the NDP were perched on a peak of public opinion that reflected how much they’d benefited from the Conservative’s bid to define Trudeau as ill-prepared for high public office. The Not Ready ads were in constant rotation, and seemed to be working in much the same way as earlier ad campaigns had boxed-in Stephen Dion and Michael Ignatieff.

“Why is fiscal policy sitting on the sidelines?” Lynch wondered, surveying the riddle of kick-starting an economy that had stalled for much of the year. At other moments, his column would have tracked like the sort of thing that Ottawa’s policy elites love to bat back and forth, generally with little impact beyond the political classes.

But Lynch, a deputy BMO chairman, continued the column with stronger statements than one might associate with a top former bureaucrat:

Simply put, it is time to engage fiscal policy to provide demand support to the economy in a way that also raises our competitiveness…. One obvious fiscal measure…would be a longer term program of strategic infrastructure investment by the federal government, with transparent criteria to distinguish economically strategic investments from politically opportune spending. Borrowing at low interest rates makes such investments attractive now.

Within a day, Justin Trudeau had taken Lynch’s policy-ese and translated it into a pledge to embark on a deficit spending campaign as a means of reigniting the Canadian economy. In that one gutsy gesture, Trudeau sharply distinguished the Liberals from his two rivals and simultaneously re-established the party’s long-standing political alliance with Canada’s influential municipal sector, and key figures like Calgary mayor Naheed Nenshi.

I have no inside information about whether the Liberal war room had orchestrated Lynch’s op-ed and Trudeau’s subsequent response; it felt like an elegantly choreographed call-and-response number. But the sausage-making is much less important than the impact it created. Suddenly, Trudeau and the Liberals were offering up an economic solution that had a serious imprimatur (Lynch), precedent (in the form of the Conservatives’ own stimulus package), and punch.

In the coming weeks and months, Trudeau will have to go through all the predictable tangles and expectations that await a new leader – cabinet making, priority-setting, damage assessment. He’ll face intense pressure to make some bold symbolic gestures, such repealing the Harper government’s most loathsome pieces of legislation (Bill C51, barbaric cultural practices, racist citizenship laws, election rules designed to limit participation) or re-instating the long-form census. Trudeau will also have to come up with a plan to respond to the Syrian refugee crisis, and deliver on his promise to sharply increase the number of claimants admitted to Canada this year.

But the deficit spending promise seems poised, as Lynch proposed, to become the centerpiece of the Liberal government’s economic recovery program, and so it will become the focus of intensive policy and political attention.

We know former Toronto city councillor and re-elected MP Adam Vaughan has spent much of the past year crisscrossing the country, talking to municipal leaders about housing and transit and advising Trudeau. The Liberals, in turn, made transit pledges during the election, including one to mayor John Tory’s Smart Track. And there will, of course, be political favours to return, not least to the residents of some of Canada’s largest cities, who collectively sent both the Conservatives and the NDP packing.

Those with longer memories will also remember that a previous generation of Liberals swept into office in the early 1990s armed with ambitious national housing and daycare strategies that ultimately withered on the vine, victims of Paul Martin’s bid to eliminate an out-of-control deficit.

Those with more recent memories will also recall that when the Conservatives found religion on infrastructure spending, back in the aftermath of the 2009 recession, they soon discovered that all those capital dollars could be effectively spent on pet projects in Conservative ridings. The Conservatives did allocate tens of billions of dollars to infrastructure and even topped up the federal gas tax. But in the end, they always played politics with the selected projects advanced by their provincial counterparts, and then took pains to make sure the pork was suitably distributed.

When he takes office, Trudeau will not be encumbered by a crushing deficit. He will also presumably have a succinct critique of the Conservative’s mis-use of their own infrastructure funds. And he’ll be able to negotiate with several friendly provincial regimes.

Looking ahead, in fact, the planets seem properly aligned for a Trudeau government to formulate, for the first time in over a generation, a rational, policy-driven urban infrastructure investment plan that will direct this new tranche of spending on demonstrated need like affordable housing, and long-range goals aimed at dealing with pressing big city concerns such as congestion.

Indeed, if Trudeau wants to make a clean break from Harper’s hyper-partisanship, he’ll begin by listening to his experts and then creating transparent, outcome-oriented processes for allocating the funding to places where those dollars will create the most significant economic updraft.

Canadians can all thank Kevin Lynch for offering up his game-changing policy advice in the dying days of the summer. We must now hope that Trudeau is, well, ready to continue listening.