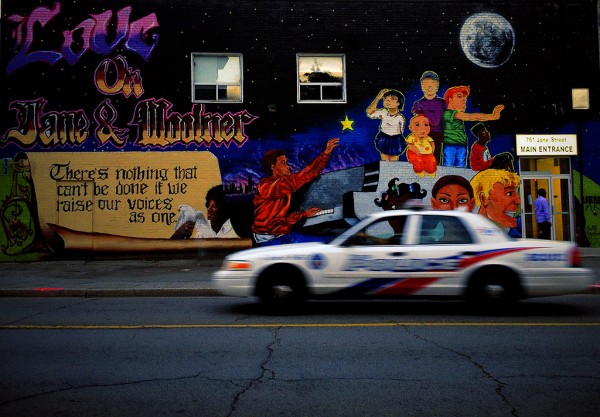 The Ontario coroner’s decision last week to call an inquest into the shooting death of Andrew Loku, a 45-year-old man killed last summer by Toronto police during a confrontation at the supportive housing building where he lived, left me with mixed feelings.

On one hand, the coroner’s review, though it won’t lead to charges, may shed light on yet another police-use-of-force incident that has been shrouded in secrecy and resulted in no charges by the Special Investigations Unit against the officers involved, as The Toronto Star’s Ed Keenan noted over the weekend.

On the other, it is impossible to deny that we’ve meandered up and down this road on many previous occasions, with little evidence of reform. Two years ago, the unprecedented triple inquest into three police shooting deaths, Reyal Jardine-Douglas, Sylvia Klinbingaitis, and Michael Eligon, produced not just a series of tough-minded recommendations, but also (in conjunction with the Sammy Yatim shooting) a move by then chief Bill Blair to appoint retired Supreme Court justice Frank Iacobucci to conduct a full-on review of use-of-force incidents involving individuals in crisis, of whom Loku was certainly one.

The TPS eventually anted up an extensive response to the JKE inquest recommendations, and Blair himself pledged to implement all the reforms Iacobucci proposed. Last September, deputy chief Mike Federico presented a pair of reports to the Police Services Board saying that the bulk of Iacobucci’s recommendations had been adopted, a nose-stretching claim that is rather easily debunked.

So, here we are, again, except now we can add to the mix a resolution from Council asking for a review of the “mandate, procedures and outcomes” of SIU, plus some rumblings from Queen’s Park that such an exercise in under consideration.

While there are many structural and legislative factors that contribute to the historic toothlessness of the SIU, it seems obvious to me that a central, if not pivotal, point of focus for this review should be the 85-person agency’s long-standing practice of hiring retired cops, many of them from southern Ontario/Greater Toronto Area police services, to serve as full or part-time investigators.

In 2008, when former Ontario Ombud Andre Marin released Oversight Unseen, a lengthy critique of the SIU, he provided some highly telling details about the cop-culture that infuses the agency (see pages 94 to 98).

This particular section is worth quoting at length:

“A number of the SIU investigators we interviewed told us they have heard their ex-police colleagues making pro-police remarks – saying they would ‘never charge a police officer,’ for instance – or stressing their past police experience when dealing with police officials. Some of these investigators are reportedly known to ask police officials leading questions, and even to encourage them not to worry about cases under investigation. We also heard that inappropriate, derogatory terms originating from the police community have entered into the SIU lexicon and are used by some to describe such individuals as female prostitutes (‘crack whores’), those with criminal records (‘shit rats’) and those from a particular racial and cultural background (‘Jamaicans’ – in reference to anyone black assumed to have a criminal record). As well, we learned that one ‘as-needed’ SIU investigator continues to be a life member of the Ontario Association of Chiefs of Police.”

Elsewhere in that section, Marin points out that there are job classification glitches that have prevented the SIU from hiring more civilians, as has been done in other such agencies. But he also observes, correctly, that these kinds of cases do require the kind of investigative know-how that police detectives tend to possess.

He recommended the SIU ensure that its investigators don’t work on cases involving their former colleagues or services, publicly post openings (there were a disproportionate number of ex-cops from Halton and Guelph on the SIU) and refrain from wearing “symbols suggesting they identify with the police.” (While researching a story on police shootings of mentally ill people for Walrus, a source told me that some SIU investigators would flash a police ring when interviewing cops who’d been involved in a use-of-force incident; Marin also references that practice in his report.)

The SIU’s view of Marin’s observations can best be inferred: until 2007, the agency would issue upbeat press releases detailing the resume highlights of its new senior hires, and those lists invariably included many former police detectives and OPP personnel, as well as the occasional recruit from the federal solicitor general.

But since 2008, the year Marin issued his scathing assessment, the SIU’s media machine has released no such details, and the agency’s website doesn’t include the bios of any of its rank-and-file investigators. Interestingly, I could only find one senior SIU employee on the provincial sunshine list, and that was the current director, Tony Loparco, who earned $228,219 last year. I find it exceedingly hard to believe that senior managers, like the SIU’s long-standing executive director William Curtis, didn’t crack the $100,000 mark; such omissions raise even more transparency and compliance questions, should we need any others.

Stepping way back, it’s worth remembering that most professions are tasked to some degree with policing themselves — lawyers, nurses, doctors, paramedics, accountants, etc. And the colleges or societies with formal mandates to conduct disciplinary hearings or revoke licenses do draw on the investigative expertise of those in the profession, which, in many instances, makes sense from a purely technical perspective: I don’t really want a civilian determining if Dr. Jones botched my appendectomy. That’s the job of a pathologist or an internist.

At the same time, we need only look at the Ontario Securities Commission, which has a long track record of failing to prosecute high profile Bay Street fraudsters, to understand the way a clubby, insider culture can sap the investigative energy of a civilian oversight agency. Bureaucratic capture is a real problem.

Indeed, if Ontario policy makers really want to get at what ails the SIU — which, as Marin pointed out in a Toronto Sun op-ed this weekend, is hardly a given — they can’t merely focus on remedies such as improved disclosure of information about investigations. The government absolutely needs to take a hard look at the organization’s hiring policies and practices, and then ask itself whether the SIU is culturally capable of delivering on its mandate.

Improved transparency is critical and long-overdue. But as long as most of the SIU’s investigators bleed blue, nothing much is going to change.