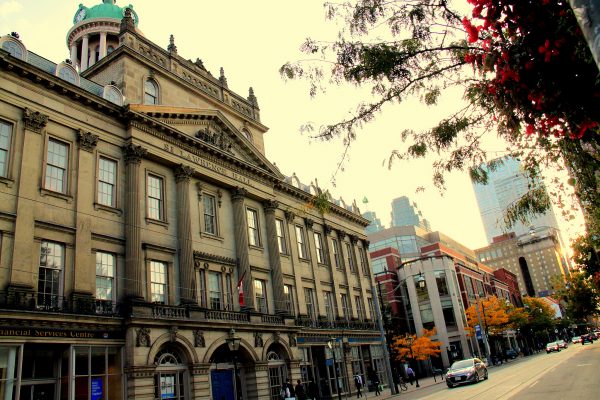 What do the Heritage Toronto Awards celebrate?

The Heritage Toronto Awards celebrate our city’s heritage champions both large and small. It’s a chance to recognize those who have made significant efforts to preserve and share Toronto’s shared histories with awards and revelry.

How long have the Heritage Toronto Awards been awarded?

The Awards started as a humble ceremony in the Council Chambers at City Hall in 1974 and have become the longest running heritage awards program in the country. This year, we’ll be marking the 42nd Heritage Toronto Awards, accompanied by the 20th Kilbourn Lecture (named in the memory of William Kilbourn, a Toronto city councillor and champion of the arts and culture).

What are you looking for in a nominee?

We’re looking for exceptional nominees who have contributed to the conservation and celebration of Toronto’s history across five categories: media, book, short publication, architecture and conservation, and community heritage. Naturally, the specific criteria for each category are different, but we really want to recognize those who have taken a stand to both preserve our diverse histories and share them with the public.

Why should someone submit a nomination for the Heritage Toronto Awards?

We’re very keen to recognize those who have stood up to preserve Toronto’s history, and we encourage community members to tell us who’s made a difference! Toronto’s civic identity is rooted in the people, places and events that have made our city so fascinating, and public history helps each Torontonian to both see themselves reflected in the city’s makeup, and also shape the ongoing narrative of the city itself.

Who are some of your favourite past nominees?

There have been so many incredible nominees over the years that it’s hard to pick just a few! To take a look at some of the past award winners, visit the Heritage Toronto Awards page at our website: www.heritagetoronto.org

The Heritage Toronto Awards recognize the promotion and conservation of Toronto’s history and heritage in five categories: