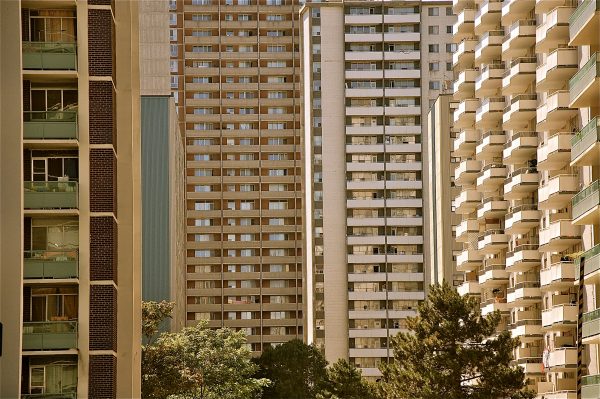 When the members of the Municipal Licensing and Standards committee meet tomorrow at City Hall, they’ll be considering the latest attempt to license the apartment sector, with a motion to create a public consultation process around how such a system might function, and how the city should rate multi-unit buildings, which provide homes for hundreds of thousands of Torontonians.

For those with long memories, the lobbying and caterwauling that will begin to escape from the powerful landlord industry in the wake of this meeting will likely rival the complaints from Toronto’s restaurant sector circa 2000, when Mel Lastman’s famous “rat shit” quote ushered in a new era of public health ratings for eateries (now known as DineSafe).

Times have changed, and the licensing debate that begins after Thursday’s session will be informed and shaped by the open-data movement.

Firing the first volley, ACORN Canada, a tenants group, and a New York civic tech firm, RentLogic, have teamed up to create something called Toronto Landlord Watchlist, which is modeled on New York City’s Landlord Watchlist, a project of the NYC’s Public Advocate (currently, Letita James). The site, which went live this morning, contains information drawn from inspections triggered by tenant complaints. That data has been used to compile a list of what the organizers call Toronto’s 100 worst apartment buildings. (The data sets are available here.) Let the searching begin…

In New York, RentLogic has set up a beta site for a Big Apple apartment rankings service, which draws on all sorts of granular information from open-data releases, including reports on rodents, electrical problems and hot water interruptions.

In the City of Vancouver, meanwhile, the municipality itself has been making available this kind of data since 2012 on a searchable “rental standards database” that shows orders against specific buildings, the landlord’s name, and the outcome. The City says it established the user friendly site to “motivate property owners and landlords to keep their properties in good order for renter [and] help renters make more informed decisions about where they live.”

There’s no disputing the value of such disclosure. Municipalities sit on all sorts of information that is in the public domain, and which has an impact on people’s lives (e.g., functioning fire extinguishers, unresolved bed bug infestations).

The DineSafe program strengthened Toronto’s restaurant sector by using a pre-open data form of disclosure to make the inspections process more transparent. In the fifteen years since the City adopted the program, in fact, the restaurant industry here has exploded. While numerous factors have driven the improvement in the Toronto eating experience, DineSafe undoubtably played an important role.

The difference with landlord licensing, as RentLogic founder Yale Fox hastens to point out, is that while City inspectors can close a chronically dirty or unsafe restaurant, they can’t do the same with an apartment building, except in extreme circumstances.

There’s also the question of whether such a service could have unintended consequences for the people they’re meant to assist.

Some prospective tenants, due to language or technological proficiency, may be more capable of benefiting from the information on such sites than others. Indeed, the question Parkdale High Park councilor Gord Perks poses is whether the service may (inadvertently) further marginalize tenants who lack the skills to access and interpret the data.

Nor is it clear or even knowable how the apartment market will respond to the availability of information that clearly differentiates between better and worse apartments in ways that may not have been visible to tenants until now. Certainly, the landlords featured on the list are being publicly shamed into improving their buildings, and that’s as it should be.

What we don’t yet know is how landlords may choose to adjust rents for new tenants if they make improvements that can be demonstrated somehow through the data (e.g., if the number of inspections falls consistently from year to year). It seems obvious to me that if a landlord has a third party saying its performance has improved, that validation provides a compelling case for boosting the rent.

Finally, there’s the issue of all the apartments in the city that aren’t captured in the municipal data sets – small buildings, rooming houses, and second suite apartments in private homes, which run the gamut in terms of quality, building safety and cleanliness.

Vancouver’s database includes buildings with as few as five units, which aren’t captured by Toronto’s data sets. Fox, in fact, says his outfit has approached the Municipal Property Assessment Corporation, a non-for-profit owned jointly by Ontario municipalities, to access data it might have about apartments in private homes. But he says MPAC declined to release the information without a steep fee and only on the condition that it be used only for “internal purposes.” “They’re sitting on something that’s totally important,” he says.

MPAC, what’s more, isn’t the only source of locked up apartment-related information. Tenants routinely call 311 with complaints about their landlords, including those who own small residential buildings that have been carved up into apartments. Such calls do generate action – the City will send out inspectors and their findings can result in work orders against the owners.

But because of restrictions on the 311 data releases – as the City cautions prospective users, “[t]he location recorded for the service request [is] represented by either the nearest intersection or the first three characters of the postal code” [italics added] — this information remains out of reach, at least for now. (NYC, Fox says, releases far more granular data from 311 calls.)

The upshot is that council should get itself behind the plan to license landlords as well as efforts to make the information about conditions and inspections broadly accessible. But we need to remember that more and more Torontonians are living in small buildings with apartments that fly beneath the regulatory radar. The welcome attention on better licensing policies and improved disclosure shouldn’t overlook those units. 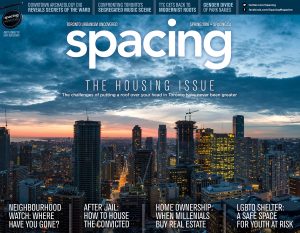