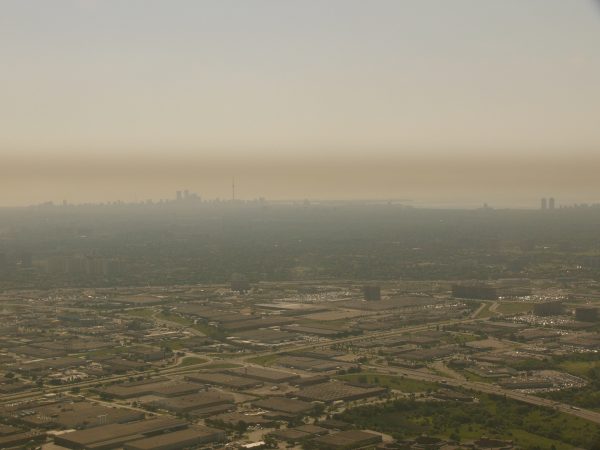 What will future residents of Scarborough think, 30 or 40 years hence, when they cast their minds back to the craven transit decisions being made today by the likes of Mayor John Tory and his deputy, Glenn de Baeremaeker?

I’m guessing those voters — some not yet born, others not yet living in Canada — will be mightily pissed at us for putting political self-interest and short-term calculation above their needs.

After all, what they’ll see is a city with three major LRT corridors — the Eglinton Crosstown Phase One, the Crosstown Phase Two from Mt. Dennis out to the airport, and the Finch West line — extending deep into the western reaches of Toronto. Not to be overlooked: an important new GO/Smart Track transfer at St. Clair West, and the UP Express stops – 39 stations in all, on a multi-modal, integrated grid.

As for Scarborough? They’ll have the single-stop Scarborough subway extension (SSE), which will soak up pretty much all of the $3.56 billion of available transit funding for that part of the city, plus two or three Smart Track stations and, maybe, an unknown number of stops on the hopelessly mired Sheppard East LRT. In the best case scenario, 14 new stations (or a net eight, if you count the eliminated Scarborough RT stops), with nothing that even faintly resembles an integrated network.

If you think the politics of east-west resentment is toxic now, just wait until mid-21st century. The mention of de Baeremaeker et al will bring sneers of derision, not cheers of gratitude.

Over time, in fact, the west end of Toronto will gradually become home to greener, healthier and more compact communities compared to those in Scarborough, where the grim consequences of building the SSE at all costs will almost invariably mean the cancellation of the extended LRT routes along Eglinton East, Morningside and links north to Sheppard that council approved this spring.

In west Toronto, future residents will enjoy a range of transportation choices as well as more compact residential options, higher property values, and the myriad quality-of-life benefits that come from reduced car use.

In east Toronto, by contrast, today’s limited choices will be baked into the urban landscape in the guise of traffic congestion, under-investment, and a dearth of transit options for lower-income residents who can’t afford private vehicles.

As Cherise Burda, director of the Ryerson City Building Institute, points out, “The low ridership projections for the subway reflect the car-dependent built form that will persist for decades to come. With only one [subway] station available to commuters, car travel will increase, not decrease, in a large swath of Scarborough.”

Perhaps no one should be surprised at the myopic calculations of Tory and de Baeremaeker; that’s what local politicians do. What’s more shocking, Burda pointed out last week, is that these choices explicitly undermine the ambitious climate change commitments recently made by both Kathleen Wynne’s Liberals and Justin Trudeau’s government, which together are contributing 75% of the capital costs for Scarborough rapid transit.

Ontario’s climate change plan, released to much fanfare last month, correctly identifies transportation emissions as a major culprit. Observing that “emissions from passenger car trips alone (well over 10 million per day) are greater than the emissions from Ontario’s iron, steel, cement, chemicals sectors combined,” the document cites studies showing that “compact, mixed-use and pedestrian-oriented city designs can decrease transportation emissions per household by 24 to 50%, compared to conventional suburban neighbourhoods.” As the plan further notes, “Establishing emissions reduction as a priority will embed low-carbon design in long-term decision-making, and help in the fight against climate change.”

Yet the SSE does precisely the opposite – there are fewer stations than today, and the net new daily ridership by 2031 is projected to be 4,500 commuters, representing a paltry 0.3% increase to the TTC’s current system-wide daily ridership, essentially the same as a rounding-up or down error. Burda notes that those low figures reflect the reality that Scarborough Town Centre, where the SSE will end, is exceedingly difficult to access except by car or bus, and that the area’s built form is not going to change anytime soon.

The Trudeau Liberals, in turn, arrived in office pledging to end the climate denial of the Harper government. They signed onto the Paris Accord, and have made climate a core component of their massive infrastructure program. As Trudeau said in his mandate letter to infrastructure and communities minister Amarjeet Sohi, Ottawa must be making “significant new investments in public transit [and] green infrastructure…” Continental climate and clean energy pacts, in fact, were front-and-centre during last week’s Three Amigos summit.

Yet no one’s bothered to do a side-by-side analysis of the climate benefits of the SSE relative to a Scarborough LRT network linked to Smart Track and the Kennedy subway station. The city’s voluminous planning documents, tabled at last week’s executive committee meeting, contain but the thinnest analysis of the comparative climate implications of the various lines/configurations.

Rarely did the planning staff go beyond stating the obvious, which is that transit reduces emissions. But given the new information about the grossly inflated cost of the SSE ($2 billion to $3.16 billion), Toronto’s planners haven’t explained to councillors or the public the environmental implications of selecting one Scarborough option (SSE) over another (LRT). All we have, coming out of the executive committee meeting, are vague pledges that the needed LRT funding will be found, which, frankly, defies credulity given the financial requirements of unfunded projects like the Relief Line and the Queen’s Quay East LRT.

Nor have the feds or Queen’s Park said boo in the past few weeks about the (mis)use of their respective billions. In fact, the prevailing (passive) philosophy in Ottawa is for the feds to hand over the cash and let the municipalities spend it as they wish. Both orders, for political reasons, want to be seen to be trusting of local partners so they can set their own priorities.

But how are we to respond when the judgment-challenged municipal partner is poised to take all that federal and provincial money and use it for politicized reasons that make a mockery of the visionary climate goals put forward by the higher orders?

One conclusion: that venal, short-term thinking inevitably trumps those broader objectives, and such unintended outcomes will likely occur not just in Toronto but elsewhere in Ontario and Canada. The other: that the presence of progressive, urban-minded MPs and MPPs in both governments – and you know who’s on that list – hasn’t made one whit of difference when it comes to the robust implementation of these complex, long-range strategies.

Indeed, when it comes to climate change policy — which is focused more on the medium- and long-term future than almost any other government initiative — the current SSE debacle foreshadows just how hollow these lofty green-red pledges are going to be.