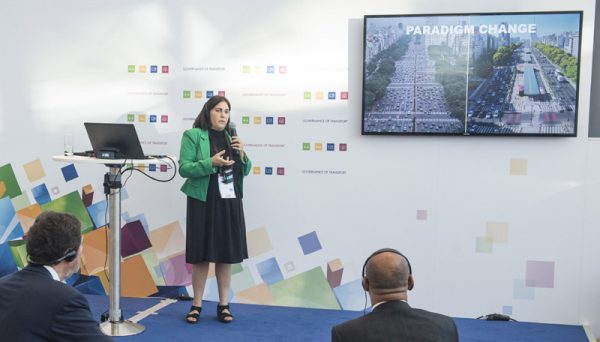 A radical transformation of the centre of Buenos Aires, Argentina, combining a new Bus Rapid Transit project and a pedestrian-and-cyclist priority district, was awarded the Transport Achievement Award at the recent International Transport Forum summit, an annual gathering of decision-makers and specialists in transportation.

The transformation incorporates two main elements. First, the massive Avenida 9 de Julio, sometimes described as the widest avenue in the world, was changed to incorporate dedicated bus rapid transit lanes (“Metrobus 9 de Julio”) down the middle for 11 bus routes, removing several of what used to be 7 car lanes each way to do so (plenty still remain). As well, steps were taken to widen the sidewalks and make the wide green medians more usable for pedestrians, so that the avenue would become a space used by pedestrians to see the city.

Second, the adjacent “Microcentro” financial district was converted to a pedestrian-and-cyclist priority district. Sidewalks were widened, bike lanes installed, and a strict motor vehicle control regimen was established, so that only people who had a parking spot in the district were allowed to drive into it during business hours (9-5 on weekdays), a system enforced by cameras that read license plates. 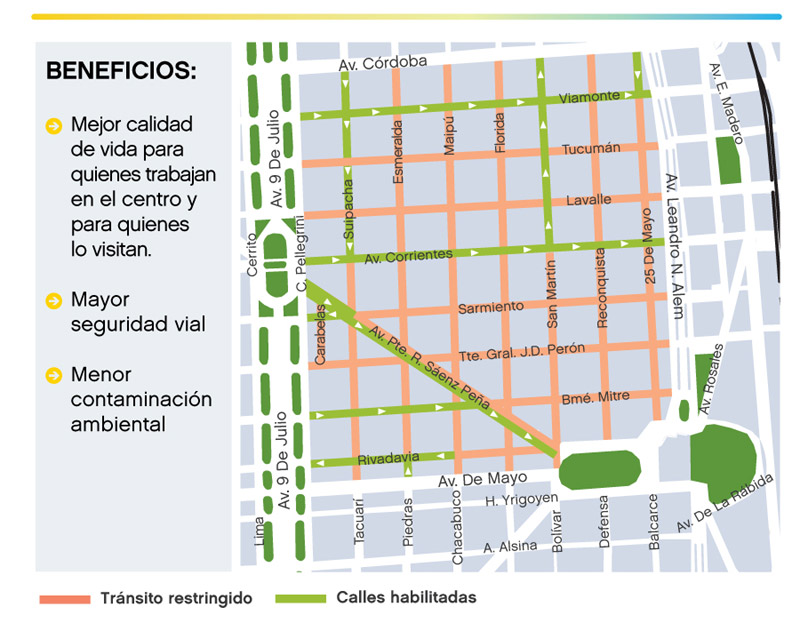 Argentina’s Minister of Transport, Guillermo Dietrich, spoke to reporters at the summit about the project, which he had been closely involved with in his previous position as head of transport for the City of Buenos Aires. The impact of the transformation has been remarkable. The bus routes through the city centre have reduced their average travel time through the district by 50%. (Dietrich pointed out that, if you cut a bus route’s travel time by 50%, you effectively double the number of buses on the route). The share of trips made by bicycle in the district have increased from almost nothing, 0.4%, to close to 5%. The number of cars in the central business district has dropped by almost 86%. The number of collisions was reduced considerably. Many new businesses and restaurants have opened in the district to take advantage of the new pedestrian environment. 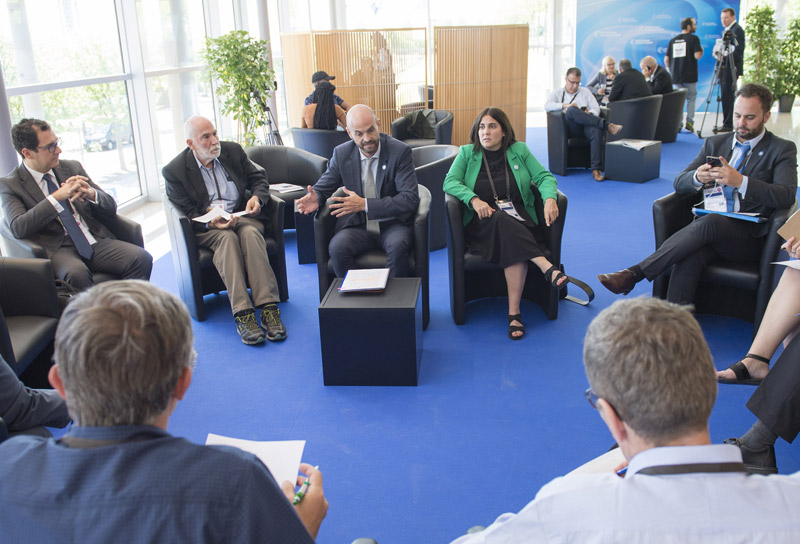 When asked if the plan faced opposition when it was first proposed, Dietrich said it came from almost everyone: “A lot of people thought we were crazy.” Drivers, taxis, store owners, local inhabitants, and even arborists (the mature trees along the avenue would need to be transplanted). The opposition was especially intense because Avenida 9 de Julio, which is dominated by a spectacular obelisk, is an iconic image of the city, often used, for example, to establish location in TV news shots.

Asked how he overcame this opposition, he said, first, they did a pilot project in a less busy district with just 2 bus routes, which provided useful lessons about how to proceed. Once they started on the major project, they used information and transparency. For example, every individual tree was labelled and the location where it would be transferred to was identified, information that was made public so that people could see how it would work. They also provided historical perspective, showing that the avenue had been changed often over the course of its history, so that changing it again was not unthinkable, but rather part of a natural process.

But Dietrich emphasized that the most important element was political will. He said the mayor, Mauricio Macri, knew it would be a struggle but pushed through the opposition and the ugly, disruptive phase of construction because he knew the outcome was both necessary and beneficial. As soon as it was completed and people experienced the results, there was a big swing towards support for the project. The avenue’s iconic status made the transformation widely visible across the nation, and the positive impression of the finished project was a factor in the mayor being elected president of Argentina in 2015. As well, soon after it was completed, other cities began clamouring for similar transformations, and 3 new bus rapid transit corridors have been implemented in other cities, with more in the planning stages. In the end, the project is transforming not just the city, but the nation.