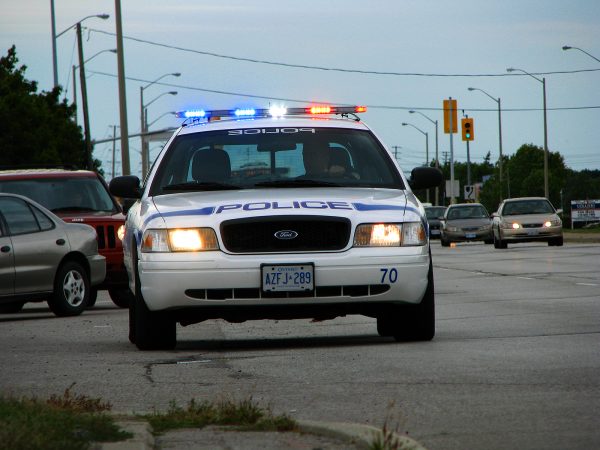 In 2007, Toronto Life painted a depressing, dreary picture of Scarborough as being filled with street gang violence. In July, when 11 shootings took place there, three of which were fatalities, many Torontonians probably wondered if the east side of the city really is cursed. It is easy to blame the shootings on ‘gangsters’ or a ‘gang subculture.’ But when you peel away the layers, the gun violence in Scarborough is a symptom of larger issues that I believe relate to the amalgamation of Toronto in 1998.

My Jamaican-born parents moved to Scarborough in 1972. In 1974, they moved from their Midland-Lawrence area high-rise apartment into a three-bedroom, semi-detached house. As a child, Scarborough really felt like the ‘burbs – it was quiet, our neighbours were middle-income, and there was very little violent crime.

On January 1, 1998, Scarborough and the five surrounding Toronto municipalities and Metro officially merged to form a singular Toronto. Where pre-amalgamation Scarborough had its own city council to address its unique concerns (and, post-1970s, high immigrant populations), during post-amalgamation its concerns were subsumed and prioritized according to city-wide mandates.

Amalgamation critics such as former Toronto mayor John Sewell (1978-1980) opposed the move in part because of the vast geographic area that would become the “mega-city.” But Ontario premier Mike Harris argued that it was a way to save taxpayers (and the province) money. Nearly 20 years later, those cost savings have come at a real cost.

In his landmark “Three Cities” project, University of Toronto researcher David Hulchanski found that in 1970, the proportion of middle-income neighbourhoods in Toronto was 66%, but by 2005, this percentage declined to 29%. “City 3”, as categorized by the study, includes Scarborough but also parts of North York and Etobicoke north.

While Scarborough has seen greater population growths than other parts of the city, and a higher number of immigrants and visible minority residents, the highest percentage of low-income and very low-income earners now reside within its census tracts. Comparatively, the vast majority of Toronto’s downtown-centered high-income earners (82%), or “City #1,” are white, native-born, and live near a subway line.

Scarborough residents travel farther for employment as compared to downtown residents. But if we continue to ignore the widening socioeconomic divisions within the city, many people in Scarborough might not even be able to afford to ride the new new subway that city council approved back in May.

The three fatal shootings – Rinaldo Cole and Dwayne Campbell (both 33) were killed on July 22 when shots rang out at a backyard party on Gennela Square, and in the wee hours of July 23 when Demal Graham (25) gunned down on Empringham Drive – took place in Malvern, a north Scarborough community that dates back to the mid-1850s.

Geographically, Malvern stretches east from Markham Road to Morningside Avenue, and north from the 401 to Finch Avenue. In the late 1950s, the Canada Mortgage and Housing Corporation (CMHC) began building affordable homes there, and by the 1970s, most of its residents were visible minority immigrants.

In 2005, Malvern was named a “priority,” meaning it attracted City resources and third-party investments. But when a new ranking system to determine neighbourhood need was unveiled in 2014, Malvern was reclassified as no longer a priority. This move is both good and bad. On the one hand, it means that economically, the community is doing better than before – as compared to the Kingston-Galloway neighbourhood which remains a priority neighbourhood. On the other hand, there are still visible signs in Malvern of years of financial an civic neglect. The numerous store closings at Malvern Town Centre mall, in the heart of the community, are a symptom of existing issues.

In November, 2016, when Robert McDermott, a Scarborough real estate agent, launched the “Free Scarborough Campaign,” in which he called for Scarborough to de-amalgamate from Toronto, it stood as a clear sign that many residents felt that Scarborough was not getting enough fiscal attention from City Hall, and that residents are tired of increased taxes but declining services. While the petition has less than 200 signatures to-date, it reflects a growing concern out in Scarborough.

The recent shootings also rehashed memories of July 2012, when the worst mass shooting in the history of Toronto took place on Danzig Street, east of Morningside Avenue, near Coronation Drive. Shyanne Charles (14) and Joshua Yasay (23) were fatally shot, and 23 others were left injured after gunfire erupted at a community party on Danzig, which is located in a mixed-income neighbourhood comprised mostly of townhouses.

Is Scarborough more prone to gun violence? A quick check of the Toronto Police Service Public Safety Data Portal indicates that as of August 6, there were 228 shootings year-to-date in Toronto, but shootings are no more or less concentrated in Scarborough than in other parts of the city.

For 26 years, I lived in West Hill, just south of Danzig. Growing up, I played with kids whose families came from the Caribbean, like mine, but also from China, India, and the British Isles. I also had friends who lived on Danzig and Empringham. Back then, my days were filled with camp, recreational activities, and after-school programs. Sadly, this is becoming less true for young people today.

The facts are clear. Low income households are on the rise in Scarborough, like in the northwest of Etobicoke and in parts of North York. Until there is a concerted effort to address this issue, which I believe correlates with amalgamation, talking about the shootings in Scarborough is futile.

The gun problem is not unique to Scarborough; it is a city-wide issue. Poverty, however, is becoming Scarborough’s problem – the violence symptomatic of this – and we can no longer afford to ignore it.