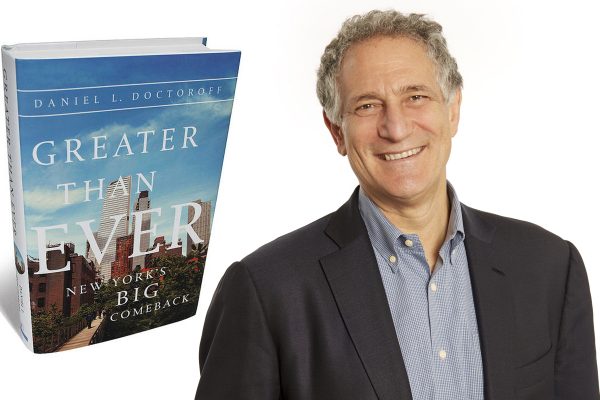 On October 17, 2017 an announcement about the future of Toronto’s waterfront sparked an urbanist frenzy: Sidewalk Labs, a Google company, was named by Waterfront Toronto as the successful bidder in the competition to build Quayside, a 12 acre parcel of land in the middle of the revitalizing lakeshore in Canada’s largest city. Partnering with Waterfront Toronto to form Sidewalk Toronto, this public-private partnership will spend the next year planning North America’s largest smart city project to date. And Sidewalk Labs is investing $50 million to get the process moving.

Early reactions to the project vision have been mostly glowing. It hits all the right urbanist high notes for Toronto and the praise centres on the project’s urban redevelopment potential. But a handful of local people, including myself, Spacing’s senior editor John Lorinc, Bianca Wylie, and Colette Murphy are asking questions about the governance, equity, openness, privacy and technology elements of the project.

We will all learn more at the project’s first open house on Wednesday November 1st. Public interest is high – there is a waitlist for free tickets. But lots of us are impatient for more information about this project and its potential impact on our city. Who are these people and what might we expect from them in Toronto?

Conveniently, their founder and CEO, Dan Doctoroff just wrote Greater than Ever: New York’s Big Come Back about his time as Deputy Mayor of New York for Economic Development and Rebuilding under Mayor Michael Bloomberg. As a professor, I regularly review books through an academic lens. But not this time. I read Doctoroff’s book to see what I might learn more about him as a key player in Quayside.

As a planner who works with the civic technology community, I am often in rooms when tech people talk about how they can do the work that governments do but better and more efficiently. Doctoroff may be the CEO of a tech-urbanism company but having read his book he clearly believes in the importance of government and its role in urban development. “The story of the High Line is really about what can happen when an inspired private sector teams up with a determined and creative public sector. That’s when real magic happens” (p. 176). He has respect for career bureaucrats, saying about one “his job was to protect the city against people like me with no experience and crazy new ideas” (p. 166). He worked in the private sector as a developer, then inside City Hall, and now he’s running Google’s planning shop. He knows that “urbanists and technologists speak almost completely different languages” (p. 351). Quayside is being pitched as a community with world-class design and leading edge smart city technology but he’s right that the experts from these worlds speak different languages. Doctoroff’s experiences so far might make him a solid bridge builder on this project.

For Quayside to really work in Toronto, we need the Sidewalk Labs team to really learn about our city and its people by being here and experiencing it firsthand. Before I read the book I was worried their team would pop into the Island Airport, do their stuff, leave and use Google Street View to learn about our city. Between praising former Commissioner of City Planning Amanda Burden for her commitment to walking as a way to learn about neighbourhoods (p. 75) to biking to work every day as Deputy Mayor (p. 181), Doctoroff conveys a commitment to walking and cycling that I take as a good sign for his work here in Toronto.

“Every one of the rezonings ended up better because of the community involvement dictated by the process” (p.75).

The public reaction to Quayside has been largely positive so far but as plans unfold, tougher questions will and should be asked. How will Doctoroff and his team respond to Torontonians when we probe and dissent? His book is full of anecdotes in which he explicitly says that public involvement has improved planning outcomes: “I was thrilled – thrilled that the public had spoken and thrilled that the people had told the public sector to start listening” (p.101) and “With each effort we got a little better at listening, a little better at reflecting community input, and a little better at adjusting the plans without compromising their integrity and coherence” (p. 347). These sentiments are important from the CEO of a company whose sector values crowdsourcing, coproduction and the use of big data to inform decision-making. But we shouldn’t expect an easy sell. Doctoroff writes about how his staff were table to name the 4 stages of his reaction to new ideas: rejection, reassessment, acceptance, ownership (p. 215). Duly noted.

“How are we going to prevent the city from becoming a victim of our own success?” (p. 274)

Between Quayside and Toronto’s bid for Amazon’s HQ2, there has been plenty of discussion in the last few weeks about the how the arrival of big tech to a city can bring economic opportunities for some while exacerbating inequity for many. The fear of the “prosperity bomb” landing in Toronto is real and vital. I read this book asking myself what are the values Dan Doctoroff brings to city building? The answers are not surprisingly mixed. Early in the book he writes: “I tended to think about the city as we might about a business” (p. 50) which isn’t surprising given his experiences in his own development company. And yet, a good chunk of the book revolves around civic issues similar to the ones that matter here in Toronto including the struggle to provide affordable housing: “I knew one thing: New York had to grow, and when it did, we would have to find places for people at all income levels to live” (p. 68). In other stories, he talks about building partnerships with unions on the NY2012 Olympic bid (p. 227), signing community benefits agreements (p. 130) and trying to find policy interventions to ensure that growth and development didn’t displace arts and culture spaces. When reflecting on the rezoning of West Chelsea he flagged: “we had a thriving gallery district we didn’t want to price out of the market” (p. 177). In Toronto we’re well aware that the benefits of revitalization may come at the expense of the basic wellbeing of others and on Quayside, along with every other project being planned in the City we need to do better. As Doctoroff wisely warns us: “when you plan for massive transformation, it is hard to calibrate the precise impact” (p. 283). Together, in Toronto, we as a community must and can find ways to use this process to deliver new public benefits.

This statement was meant as a joke yet it is important for us to remember. We, as a city, are no strangers to people pitching BIG! FUN! infrastructure like ferris wheels as an anchor for new development and revitalization. But we know better. Doctoroff is believer in using big projects as “a catalyst for getting things done that would be deemed politically or financially impossible under normal circumstances” (p. 10). Quayside is one hell of a big project and the whole world is watching. But the excitement and the hype cannot distract us all from the important issues that matter including affordable housing, generating positive impacts for more people, building a sustainable, democratic and inclusive community that does not require us to relinquish our personal privacy. 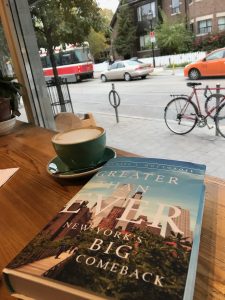 Reading a memoir to divine hints about how a developer will act clearly has some limits. I’ve never met nor worked with Doctoroff. The things I’ve noted above should be read more as signals than evidence. And these signals are inferred from the stories he’s told through his own point of view. There’s plenty of self-effacing reflection in this book – he calls himself impatient and often talks about mistakes he made. But when I read the book I was constantly wondering what was I missing. In Chapter Twelve: Brooklyn Dreams there’s a simple sentence: “The merchants on the Fulton Street Mall feared rezoning would bring in large chain stores that would put them out of business” (page 187). But I know from “My Brooklyn” it’s not that simple. The concerns shared in the documentary are broader and more nuanced than just being about competition. These fears include economic and social displacement of long-standing residents including marginalized people, threats to racial diversity, and the erasure of the neighbourhood’s cultural history as redevelopment arrives. While Doctoroff mentions concerns about rent and keeping Brooklyn distinct from Manhattan, his version skims over the richer details. It is early days but it is a good reminder we all need to take the Quayside promotion with a grain of salt. Once this partnership gets moving, we’ll have our own experiences that will allow us to draw our own conclusions about the potential of this project for Toronto.

Much of media coverage so far has focused on tech bells and whistles and the uniqueness of this project. I’m confident the physical design and the build-out will be solid. Waterfront Toronto has a strong track record and so does Doctoroff. We’ve got the City of Toronto and the Waterfront Design Review Panel keeping an eye on things and the people of Toronto know how to participate in a planning process to advocate for good outcomes.

The success of this project, to me, hinges on what happens with the tech. The techno-optimists paint a picture so rosy not many real people cannot see themselves in it. We know better. The dystopian tech outcomes are easy to imagine – an efficient space that is horrible to live in, a digitally gated community, the neighbourhood will be groovy but the “cost” of living there will be so much surveillance and tracking that it won’t be worth the sacrifice to live or visit … this list goes on. The reality is that when it comes to cities, technology has helped and encumbered us. Somewhere between these bookends lies the neighbourhood of “what if …”. And so much of the potential here lies not in the technology itself but in our collective decisions about when and how to put it to work to achieve the goals we set.

In the front third of his book Doctoroff cites a passage from E.B. White’s Here is New York. I’m a longstanding White fan. When I finished reading this book I went back and re-read one of my favourite chapters from White’s The Second Tree from the Corner (I bought my used version at the Strand on Broadway in 1994). The chapter, called “Two Letters, Both Open” includes a letter to the Collector of Internal Revenue. In explaining a sticky situation to the tax man, White makes the plea “you’ve got to see the whole picture to understand it, got to see my side of it” (p. 87). Welcome to Toronto Dan Doctoroff. We know you’re invested in this project. Please know we are too. Get to know our city and learn to love it like you love New York. Listen well to the amazing wisdom of the diverse voices that attracted you to this project. And when we start asking hard questions, we hope you’ll answer them by way of hearing them as us framing our side of our picture too.