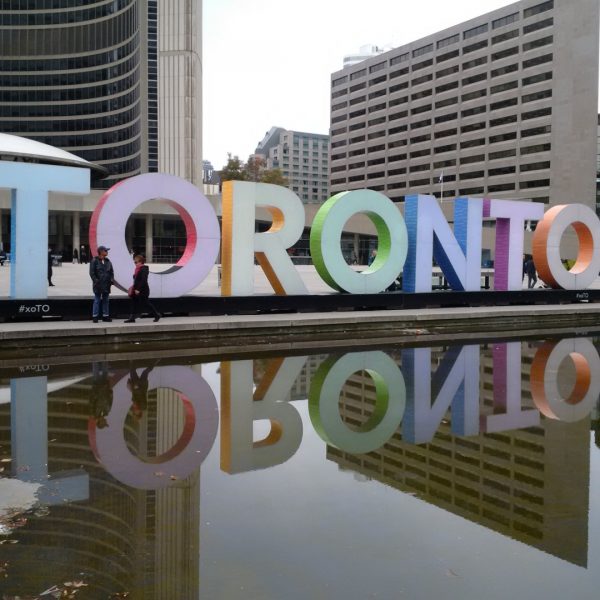 Next week’s municipal election is not going to be as it should be. We should have 47 wards in this city. Doug Ford’s anti-democratic interference in our election has put Toronto in a weakened state.

Who’s going to stand up for Toronto? Someone needs to because, according to my research, we now have the weakest local representation of any city in a democratic country in the world.

In his response to the situation, John Tory has only expressed concern about the timing and process of Ford’s actions. Tory voted against the change from 44 to 47 wards, and he has not defended the work of the consultants or the decision of Council. When it comes to the Scarborough Subway Extension, a process riddled with incorrect procedures and inadequate information, he says: Council has decided and the time for talking is over.

But when it comes to local democracy and fair representation, suddenly Council’s decision is not the last word. Tory told the Premier he is “open” to discussion about any reform of council, including the number of wards. He should not be. Whose interests is he representing when he says such a thing? Not Council’s. Not those of Toronto residents.

Toronto City Council decided in November 2016 to expand to 47 wards, after following a good process. The city hired consultants through an open competition. The successful team was a coalition of four different parties: one independent consultant, two consultancy firms, and the Canadian Urban Institute. Two of the parties had previously done the ward review for the city of Ottawa. In expertise, experience and balance, we had the best there is. Their study included public consultation, review of case law and national and international comparators.

City councillors did not expand their powers in any way. They adjusted the number of wards to reflect population changes while respecting communities and neighbourhoods.

Moreover, councillors voted across the “usual political divides” to change from 44 to 47 wards, even though it meant the boundaries of 38 of the 44 wards would change. If councillors were only looking out for themselves, they would have voted for the status quo.

Professor Colin Copus, an expert in local government at De Montfort University has written about council mergers like Toronto’s in 1998. In a recent piece responding to similar initiatives in the UK, he noted that “there is about 40 years of academic research to indicate that increasing a council’s size [in terms of area] is no guarantee of improvements in performance, cost or efficiency.”

Those who advocate 25 wards for Toronto, which is an alignment of the city’s wards with its provincial and federal ridings, say that this will bring about more efficient, more effective government. This is a baseless claim.

Ford and his supporters have no way of knowing that such an alignment of numbers and geography will improve anything, because there is no other democracy that does such a thing with its city governments.

Instead of presenting a real discussion of how we compare, the government and its allies circulated misleading claims about the metropolitan-level govts of London (25) and Los Angeles (15), with careful omission of the 100s of reps each city has at the local level.

It’s clear Ford did no study or analysis of this alignment, or how it would work in the specific context of Toronto, before tossing this political grenade.

I have looked. There are examples like Calgary, which has fewer city wards (14) than seats in Alberta’s provincial assembly (26 in the next election) – but there are still more members on Council than the city has in the House of Commons (10). Moreover, Calgary has over 150 neighborhood associations that partner with the city on things like planning. It is also in the midst of a ward review, and will likely add two more in the near future.

Ford is being reckless and irresponsible. This is not good government by any definition, and it is a gamble with the heart of the provincial economy. Bill 5 is a political experiment to cut the local government of the country’s largest city, a city of 3 million people–based on no data, no comparator, and no study whatsoever. The deliberate interference with an ongoing election – also unprecedented – and the proposed use of the notwithstanding clause indicate an extreme disregard for the city’s well-being and for democratic norms and practices.

I’m not even trying to argue that the Province should never interfere with Council’s business. If this were an issue the City needed to address but was ignoring, it might be entirely appropriate for the Province to nudge. However, the reality is that Council made a decision that was in its authority to make, after much study, consultation and debate. That is deliberative democracy, and it was undermined by the Premier for no real or compelling reason.

Tory says, “We’ll see what the public has to say.” We’ve done that. Why isn’t he defending or even mentioning work we’ve already done? The city successfully defended the 47-ward arrangement before the Ontario Municipal Board and Superior Court. There are no grounds for reconsidering it.

Worst of all, Tory knew this was coming and didn’t do anything or tell anyone.

I want a mayor and a Council that stands up to interference. This has been mischaracterized as “not working well with other levels of government.” There are times when the city’s interests differ from the Province or Ottawa. When that happens, we need to argue our case. Turning City Council into the least representative municipal government in the world is one of those times.

Dissent is not dysfunction. Disagreement is not a failure to work well with others. The exchange of conflicting views is an essential component of democracy. This is why Council has elected representatives and is not just a series of local administrative offices for the Province.

Even a dog knows whether you have tripped over it or kicked it. We need a mayor who isn’t afraid to bite when we’re kicked.