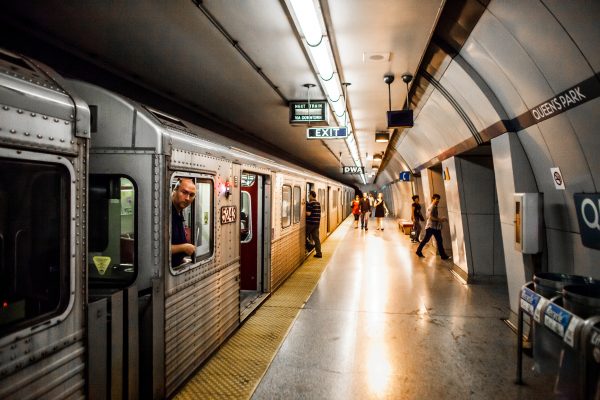 As has been widely noted, the Ford government’s approach to nearly everything has a kind of malevolent Bozo-the-clown vibe, with an emerging record of, um, achievement that reads like case study in the art of the political face-plant.

It’s probably unnecessary to enumerate, but let’s do it anyway: the spectacular backfire on the Hydro One acquisition of a Washington utility; the Moody’s downgrade; new revelations about public’s support of the dreaded 2015 sex ed curriculum; Taverner-gate, in all its lurid splendor; the wanton gutting of provincial land-use laws. And, of course, a long and growing list of budget cuts laser-focused on society’s most vulnerable, and which will produce social dysfunction, suffering and the inevitable boomerang effect.

The curious exception to the foregoing is the province’s carefully delineated and seemingly methodical approach to the promised upload of Toronto’s subway system. It was laid out in a detailed terms of reference document posted quietly in late November on the Ministry of Transportation’s website and then more broadly circulated at Toronto council last week as part of an agenda item on the city’s negotiating stance in the face of what is surely a done-deal edict from Queen’s Park.

The question at the heart of this exercise in bureaucratic foreplay is whether the City has any room to manoeuvre at all, or if the upload will merely be imposed in whatever form Ford dictates.

The province’s seven-page memo — which lays out special advisor Michael Lindsay’s mandate and is well worth a close reading — obviously wasn’t written by know-nothing operatives in either the premier or the minister’s offices. The document is the work of senior mandarins who managed to explain to their political overlords that this transfer will not only be a complicated piece of work, but one that can’t be achieved in a huge hurry. Lindsay, the well-respected former head of Infrastructure Ontario, has up to two years to do whatever it is he’s going to do, which means the frothy promises-made/promises-kept moment may not happen until late 2020.

The document essentially lays out the process that Lindsay, his panel and MTO officials will use to generate a recommendation for Ford and the Tory cabinet about how to proceed with an “upload implementation strategy.” It includes a range of steps: developing a negotiating strategy, “financial models” and corporate governance policies or structures, among others. There’s talk, though open-ended, about a public consultation process, as well as “stakeholder engagement” with the feds, 905 municipalities, business groups and so on.

The terms also reiterate that while the province wants to upload the subway system in order to accelerate the expansion of the network and improve rapid transit connectively across the GTHA, it doesn’t intend to take over the TTC’s day-to-day-subway operations.

A late October letter from the deputy minister of transportation that was released with the council documents further references MTO’s “desire to partner with the city and the TTC in a confidential discovery process, in support of the due diligence and analysis to be conducted by MTO, with the purpose of reaching a joint understanding of the fair valuation of the assets and liabilities encompassing the TTC subway system [emphasis added].”

Following a notably low-temperature debate last week, council hammered out a formal response, which — after the obligatory throat-clearing about how the City wants to keep the subway — sets out a laundry list of principles, various public engagement strategies, signaling about the importance of prioritizing the Relief Line and a provision ordering an independent valuation of the asset.

While the councillors had, according to The Toronto Star, a confidential legal memo stating the city is “powerless” to stop the transfer, they nonetheless signed off on a plan that offers the appearance of one party about to embark on a two-party negotiation. Less clear is whether the anticipated intergovernmental dynamic will be actual horse-trading or more akin to me calling up the Canadian Revenue Agency and proposing that we re-negotiate my income tax rate.

It’s entirely possible to scrutinize the architecture of this whole process and still lay a safe bet than once Lindsay’s meticulously negotiated recommendations land on the cabinet table, Ford will insist on dictating terms, e.g., that the government barrels ahead with building the Yonge extension up to Richmond Hill before they do anything else, and that the city will be forced to pick up the tab for any streetcar or LRT it wants to build within the 416.

But Brian Kelcey, the Toronto Region Board of Trade’s head of policy, feels the city needs to take full advantage of the offer to negotiate that is embedded in Lindsay’s marching orders. “How do you get the province to prioritize the Relief Line?” he asks. “Well, ask them.” He points out, correctly, that municipal politicians have a long history of asking provincial and federal governments for things they may or may not get. “I think there’s a window of opportunity to try to steer this conversation to constructive territory.”

The wrinkle, of course, is that the City has no chips to barter with, barring the highly unlikely scenario in which Mayor John Tory opts to go nuclear on Ford.

Given the power imbalance, the City’s negotiators will almost invariably find themselves in a position where they’ll be willing to pay dearly for their most desired goals, e.g., prioritizing the Relief line, having some kind of say in the governance of the rapid transit network, veto power on transit fare reform, etc.

Likewise, the City will be under extreme pressure to minimize more nebulous concerns. Kelcey, for example, says the province’s terms of reference, to his eye, hold hints that the upload will be merely a first step in a longer uploading of other transit services (TRBOT, for the record, has been talking up a proposal to create a regional transit mega-agency it has dubbed “Superlinx.”)

Another candidate: all the business about valuing the assets and liabilities. In the immediate term, both the City and the province are looking for valuations that serve their respective financial interests. The City will want to make sure that Queen’s Park takes over the maximum amount of long-term debt incurred by the TTC for expansion, state-of-good-repair and rolling stock.

The province, by the same logic, will want that number to be as small as possible. But valuation exercises, needless to add, aren’t just about the capital budget; those findings will be critical if the Tories’ intention is to partially privatize the existing lines or find equity investors for new projects.

As I’ve noted previously in this space, the only bargaining chip the City has is the $1 billion Scarborough subway levy, which could theoretically be cancelled if the province intends to take over ownership and financing. But it seems highly unlikely to me that council will put this item into play in all the back-and-forth. After all, Ford will almost certainly regard such a move as a provocation, to be met with retaliation against a mayor who has no stomach for confrontation.

So as the subway file heads back to the negotiators tasked with finding solutions that could be plausibly described as common ground, the City-side team will find itself considering all sorts of excruciating trade-offs. In the main, they’ll have to figure out how to salvage, from this highly constrained process, a solution that doesn’t look like and smell like, well, a complete train wreck.