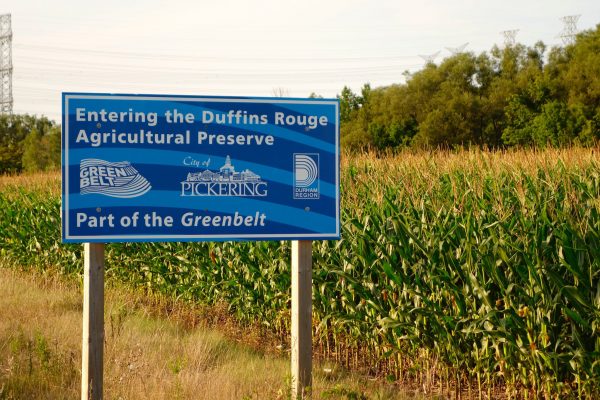 Now that Mayor John Tory has put the muzzle back on his political attack puppy, it’s safe to conclude that nothing else stands between the Ford government and its double-barreled plan to re-cast land use planning and transit across the GTA.

With the so-called negotiations over the subway upload taking place entirely in a locked vault from which no light escapes, the beer-swilling Tories this week will pass Bill-108, which is the catch-all legislation that overhauls everything from environmental approvals to the planning appeals process, all of it carried out, voters have been assured in soothing tones, in the service of housing affordability.

The legislation has surfaced plenty of important debate about whether or not the government’s bid to prime the development pump through de-regulation will actually move the affordability needle (e.g., by spurring development of missing middle and purpose-built rental in transit efficient locations). Toronto councillors, meanwhile, have devoted lots of rhetorical energy to inveighing against the return of that whipping boy we used to call the Ontario Municipal Board, as well as the proposed cap to the Section 37 community benefits provisions of the Planning Act. (The staff report on the impact of Bill 108 is here.)

Lost amidst all the Toronto-centric blowback is a clearer picture of how Bill 108 will impact the regional growth plan, which has been defined for well over a decade by two landmark Liberal laws: the Places to Grow Act and the Greenbelt Act, as well as a Mike Harris-vintage damage control move to limit development on the Oak Ridges Moraine in the face of wide-spread anti-sprawl protests in the early 2000s.

Because the region doesn’t have a political voice or an administrative centre, responsibility for regional planning rests, in the main, with cabinet and the mandarins in the ministries of municipal affairs and housing and transportation.

The last and most detailed expression of what Queen’s Park intended for the region can be found in the 2017 Growth Plan update, which represented the Liberal government’s bid to tighten up a set of policies that looked great on paper but had lost something in translation.

When Dalton McGuinty’s government passed the two laws in 2006, the idea was to girdle the region with a greenbelt so large and legally impregnable that it would halt leapfrog development. The Growth Plan, in turn, required GGH municipalities to adjust their official plans and infrastructure spending to direct new growth towards established urbanized areas, with provincial transit funding apportioned accordingly.

The policies did slow sprawl. But whether or not the surge of downtown development, both residential and office, resulted from these laws or other macro forces is a chicken-and-egg debate academics will be gnawing on for years to come.

As in so many facets of public life, the devil of the Growth Plan lay in the details. There’s no evidence I can see that municipalities or the provincial government have gotten any better at integrating land use and transit planning since 2006. As for re-development, the directions set out in the provincial policies were loose enough that they didn’t necessarily concentrate new and higher density development as effectively as some of the early proponents had hoped.

What’s more, Queen’s Park and the City of Toronto notably disagreed on the economic and demographic projections that drive the planning process. Provincial officials believed jobs would continue to locate in the 905, as per a long-standing outward trajectory, whereas City planners insisted they were gravitating to the core. (Both sides were correct.)

These details may sound like the sort of technocratic minutiae that fill the days of civil servants, but politicians, both at Queen’s Park and across the region, kept a side eye trained on the assumptions baked into the growth plan, because those numbers drive the political economy of municipal decision-making: building permits, project announcements, ribbon cuttings, NIMBY eruptions, and so on.

When Kathleen Wynne’s government passed the 2017 update to the Growth Plan, it notably boosted the 2031 density targets across the region: 400 residents and jobs per hectare for City of Toronto urban growth centres; 200 for a list of 905 downtowns, and 150 for the cores of the satellite cities (Barrie, Brantford, etc.). (Correction: the 2017 plan boosted earlier intensification targets for the greenfield outer areas, not the 2031 benchmarks for the urban growth nodes.)

Targets, by their nature, are aspirational. But what’s far from clear is whether the Liberals’ goals were informed by defensible evidence about the direction of development and investment. Case in point: the 2017 Growth Plan says the 2031 people-plus-jobs figure for the downtown core is the same as for central Etobicoke. Even in the most optimistic scenario, it’s almost impossible to envision how a suburban centre will attract that kind of re-development in just 12 years.

Similar questions arise about many of the 25 urban growth centres across the GGH: does downtown Burlington develop at the same pace as downtown Oshawa? The 2017 growth plan said it should, but the arbitrariness of those numbers is difficult to ignore. Many of the targets for the urban growth centres, as one source noted, weren’t anchored by hard evidence of what was happening “on the ground” in those nodes.

Enter Bill 108. Planning insiders say that while the Tories retained the conceptual framework of a growth plan, the legislation and enabling regulations effectively removed or diluted some of those density constraints and targets, meaning it will become easier for builders to develop greenfield sites in that zone between the urbanized parts of the region and the Greenbelt, e.g., the ragged edges of Caledon. “Letting the air out of the balloon,” as one well informed observer puts it.

While much of Bill 108 entailed a retreat from land use regulation meant to focus growth in urbanized areas, there is one new feature that could serve as a prospective constraint: the establishment of so-called provincially significant employment zones (PSEZ) that effectively serve to inoculate industrial and commercial areas from encroaching residential or residential/mixed use development, which is, as everyone knows, the cat-nip of the building industry. (A map of the proposed zones was circulated in the consultation period prior to the tabling of Bill 108.)

That provision makes it exceedingly difficult for municipalities to edit employment zones out of their official plans in the face of redevelopment pressure. It also acknowledges, in planning law, that the GGH is an integrated economic entity – something that hasn’t really happened previously.

While the government hasn’t spent much time yodeling about this particular move, it can be seen as consistent with Ford’s `open-for-business’ rhetoric. But if you press past the positioning, the move introduces an important and frequently overlooked consideration into land use planning, which is that employment zones aren’t incidental, either to the region’s economic health or to debates about sprawl.

This is a fight the City of Toronto has waged, and mainly lost, for the past several decades: all that fallow, serviced industrial land that remains, like so much glacial rubble, in the wake of waves of off-shoring has been systemically gobbled up by condo developers — a dynamic that may look, on its face, like intensification, but also fuels sprawl and reverse commutes.

The recognition of special employment zones in provincial planning law follows logically from relatively recent research by the Neptis Foundation, which identified three employment “mega-zones” outside the downtown core. While hundreds of thousands of GGH residents work in these areas (located around the airport, the 404/Highway 7 corridor, and North York/Vaughan), they have not been subject to intentional land use or transit planning because they sprawl across municipal borders.

By not only naming the places where people work but also identifying them as crucial, these reforms could open up a new type of planning dialogue – one that focuses on those all-important daily trips people make between their homes and their workplaces.

This emerging conversation, to my eye, shouldn’t be driven by urban design considerations or the ideology of mixed use planning. The spaces where people work may not be lovely, cool or inviting to pedestrians, but their aesthetic deficiencies shouldn’t render them as less important in terms of the health of the city-region.

There’s no guarantee, of course, that the provincial Tories and the region’s municipalities will treat the establishment of PSEZs as the beginning of a better dialogue about addressing the way people move around this region. But from where I sit, this change creates an opening, and therefore represents a glimmer of hope in an otherwise regressive set of reforms.