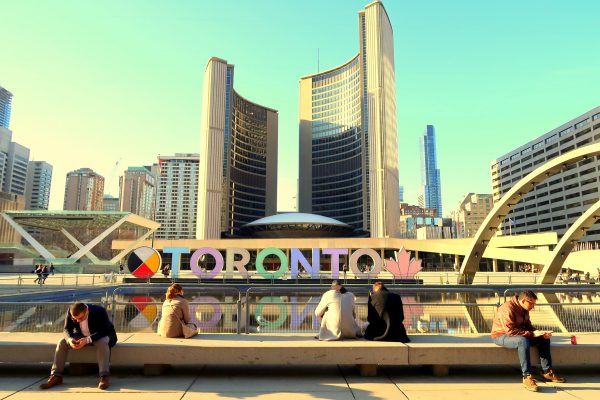 With the landslide of hostile omnibus legislation spewing out of Queen’s Park this spring, I found myself wondering whether Doug Ford, General Secretary of the People’s Republic of Ontario and Commissar of the Greater Golden Horseshoe, had slyly ordered the repeal of the City of Toronto Act, 2006.

When I went looking, however, I found it, still apparently in force, but wandering aimlessly through the city’s back alleys and cul de sacs — a ghostly apparition from a previous time when apparently radical modes of political interaction such as public consultation and inter-governmental dialogue still represented goals as opposed to inconveniences.

For all that, the CoTA preamble is still worth quoting in full:

The Assembly recognizes that the success of the City requires the active participation of governments working together in a partnership based on respect, consultation and co-operation.

The Assembly recognizes that it is in the interests of the Province that the City be given these powers.

It is to laugh.

While the City and Queen’s Park were back in court this week, fighting over the constitutionality of Ford government’s high-handed change in council’s ward structure last fall, Torontonians should ask themselves why council hasn’t turned to CoTA as a means of pushing back against laws and regulatory edicts — the subway upload, Bill-108, and now the overrides of two complicated official plan amendments — imposed from on high, with no evident concern for local democracy.

After all, if the City doesn’t use all the tools it has at its disposal, including an appeal to the courts to force the Tories to either obey extant provincial law or repeal CoTA, our elected officials surely can’t complain about being ignored or railroaded.

The realpolitik strategy of unleashing scorched earth attacks contains the seeds of it own destruction. Have the Tories forgotten that the young woman who became the organizational face of Citizens for Local Democracy in the latter-1990s eventually became premier? Apparently so.

But this story isn’t just about capital P politics and the swings of the partisan pendulum. Whatever else you might think about the substance of TO Core and the Midtown in Focus secondary plan for Yonge/Eglinton (official plan amendments 406 and 405, respectively), the, uh, edited versions released late last week by municipal affairs and housing minister Steve Clark effectively signal that the extensive public engagement processes that informed both documents was meaningless.

In one sense, there’s nothing especially new here: the MMAH override is simply an echo of the old Ontario Municipal Board, which could order so-called de novo (i.e., start-from-scratch) hearings on appeals of council land-use planning decisions. The provincial Liberals de-fanged the OMB by putting more final decision-making authority into the hands of council. Bill 108 essentially undid that change.

Taken together, the province’s conspicuously zealous attempt to squelch or severely limit public participation in civic life in Toronto raises profound questions about how the city is planned, built and governed. In the eyes of Ford’s Tories, it seems that municipal government has been reduced to a mere administrative convenience, with proscribed processes — statutory public meetings, budget consultations, local elections, etc. — left standing but otherwise gutted of relevance.

How all this plays out at the level of local politics is difficult to predict. The reduced size of council has meant most councillors have hired more staff to deal with constituency issues. As for elections, the attacks provide a ready-made script for those local pols who understand how to convert the Tories’ diktats into angry and energized voters.

From where I sit, the implications for public participation in the planning process is far more problematic. The longer narrative of public engagement in Toronto traces to the block-busting/expressway building battles of the late 1960s, when bureaucrats didn’t fret about the people who lived in the paths of their plans.

Over the ensuing decades, successive local and provincial governments enacted reforms to guarantee civic engagement, which initially provided more voice to the residents of urban neighbourhoods but later morphed into a kind of oppressive NIMBYism that grew up around the confrontational nature of planning applications.

As planner Cheryll Case notes in her essay in House Divided, the anthology she co-edited (with me, Alex Bozikovic, and Annabel Vaughan), the City’s planning department finally realized that the participants in public meetings were overwhelmingly white, middle-class, middle-aged home-owners.

In recent years, the planning department, certain local politicians, planning and public engagement consultants and even some developers had begun test-driving new approaches for engaging a more diverse range of voices in complex and often fraught discussions about city-building. Why the shift? I’d guess that many of the professionals working in this space realized they simply had to work harder if they wanted to hear the voices of tenants, lower-income people, people who didn’t yet live in neighbourhoods and others who don’t fall into the usual-suspects column.

They hadn’t developed an ideally equitable system, but I’d say that the more inclusive processes enacted in recent years yielded more textured plans, including OPAs 405 and 406. Those documents are not perfect, of course, and the old contra-voices still have influence. But they nonetheless represented an improvement, in terms of process and nuance.

Or did, until Clark wandered into the fray with non-appealable and effectively retroactive changes to both OPAs, which were developed exclusively by MMAH staff, presumably in close consultation with the development industry and no one else (and certainly not the City).

These provincial decisions may represent a warning shot or a sign of things to come (my money is on the latter). The more important question, really, is whether such moves effectively tell city residents to not bother coming out to open houses or public meetings or deputation sessions or other civic engagement forums because their views will be either ignored or erased whole cloth.

It is somewhat ironic that a populist-styled government “of the people” is ramming through a planning system designed to respond almost exclusively to the voices of bureaucrats, builders and the investors who underwrite them.

Unlikely. Broad civic engagement always matters because those difficult, multi-layered conversations tell us something about where we need to go. Editing city-dwellers out of the city-building process achieves precisely the opposite result.