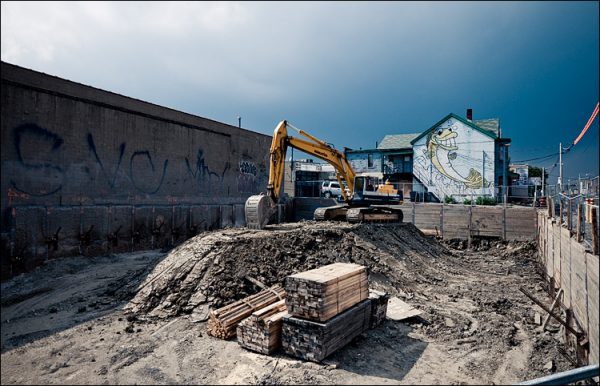 In the fall of 2018, Toronto Mayor John Tory promised to deliver 40,000 new units of affordable-housing over the next 12-years. A year later, and almost one quarter of the way through this Council’s mandate, the question is whether will we achieve that mayoral moon shot goal to help deal with Toronto’s housing crisis?

Toronto’s housing-numbers are stark. The month-over-month asking-rent increases are rapid, and the City’s own population-growth projections anticipate another million residents within Toronto’s borders by 2041. The challenges of creating workforce housing need to be addressed, because the future of our city depends on the energy and vibrancy of newcomers and retaining our younger residents.

Mayor Tory’s Housing Now program is intended to help deal with the workforce-housing needs of Torontonians by re-purposing surplus City lands for the rapid creation of new mixed-income communities. The demand for these discounted apartment units will outstrip the approximate 1,100 per year that will become available in 2023. Like the new workforce-housing added into Regent Park, the City will allocate them to people via a housing-lottery where the units are targeted at households earning between $21,000 to $52,000 per year.

To reach the Mayor’s targets, these sites needed to deliver 3,300 new units of affordable-housing within a built-form of over 11,000 of total new housing created every single year for the next dozen-years. It is a worthwhile goal, but does the City of Toronto have the technical, financial and legal prowess – or the political will — required to deliver that volume of new housing at that speed and scale? Can the City streamline it’s cumbersome internal-processes to deliver the 120,000 new units of total “Housing Now” apartments required to deliver on 40,000 new units of affordable-housing by 2031? How badly will the province’s recent plans for the Ontario Line delay two of the largest Housing Now sites located next to the Science Centre at Don Mills Crossing?

Our volunteers at the HousingNowTO.com civic tech project have been trying to answer those fundamental questions since we launched in January, 2019.

The goal of our volunteers has been to crowd-source knowledge from data analysts, urban planners, architects and affordable housing operators to provide trustworthy and accessible information about the “Housing Now” program to the average Torontonian.

It seems increasingly clear that achieving the mayor’s Housing Now target is going to be very hard, but nobody appears to be talking about the kinds of institutional-transformation, political-commitment and civic-sacrifice that will be required to get there.

Consider the “Housing Now” principles that were adopted by City Council in January 2019:

Those last-two principles are in conflict and highlight the practical on-the-ground challenges embedded into that list City Council objectives. The only way to create the development-economics to allow for 99-year affordable-housing units is to allow dramatic increases in the height and density on the sites, and neighbours and local Councillors generally hate dramatic increases in height and density.

How can developers plan for 99-years of affordable housing in 2019?

Imagine you are in Toronto in 1920. World War I is over, the TTC has yet to be formed and Union Station is still under construction. But the City proposes that housing developers in 1920 “lock in” to a pricing model on their monthly-rents that would still be valid a century later. Who would take that deal?

Previous City of Toronto programs, like “Open Doors,” use a shorter window for affordable housing units. Affordability periods of 20 to 40 years are more common in those programs to allow for the economic and demographic changes that are sure to happen during the lifetime of these buildings.

We have ample evidence that even Toronto Community Housing units don’t remain habitable for 99 years without major capital reinvestments. Without some kind of clarity or government funding back stop on the 99-year affordable-rent requirement, it is unlikely that not-for-profit developers will be willing to assume that amount of risk on these Housing Now projects. For-profit developers will need a much higher ratio of market-rate units and condos to make the affordable-unit rents viable for 99-years.

How does engaging local councillors and communities restrict the scope of these Housing Now sites?

Most people claim to support the idea of affordable-housing and transit-oriented development, in theory, but will suddenly discover a litany of problems whenever a specific site is identified in their neighbourhood. There is no way to accomplish the targets for the Mayor’s “Housing Now” program without upsetting a lot of incumbent homeowners, residents and voters near the chosen sites.

Does city council, including the mayor, have the political will required to push past that local opposition for the greater good of the Toronto? Are they willing to lean in to this program to ensure that is succeeds?

Our volunteers have attended all eight public meetings for the four priority-sites proposed for Housing Now (Wilson, Merton, Victoria Park and Warden) that have just had their business-cases approved by the CreateTO board. A number of these public-session have devolved into shouting-matches from local-residents. It is not in any councillor’s short-term political interest to side with higher density housing targets in the face of local protests.

To date, Mayor Tory has attended none of the eight public meetings to defend the Housing Now program in the face of that local opposition. Nor have we seen him strongly push back against committee chairs from his own executive who have repeatedly worked to undermine the policy and the viability of other affordable housing sites identified in their wards.

This is an important year-one of a twelve-year vision. Policies and practices are being established now that will serve as the Housing Now template for over a hundred other affordable housing sites that need to developed within the City of Toronto over the next decade. But we will only achieve the Mayor’s moonshot housing targets if all Torontonians are asked to sacrifice and are challenged to make new affordable-housing units happen, not because they are easy, but because they are hard.

Mark Richardson is a founder and chief technology officer of Rich Analytics, and the pro-bono technical-lead of HousingNowTO.com. Follow the project on Twitter at @HousingNowTO.