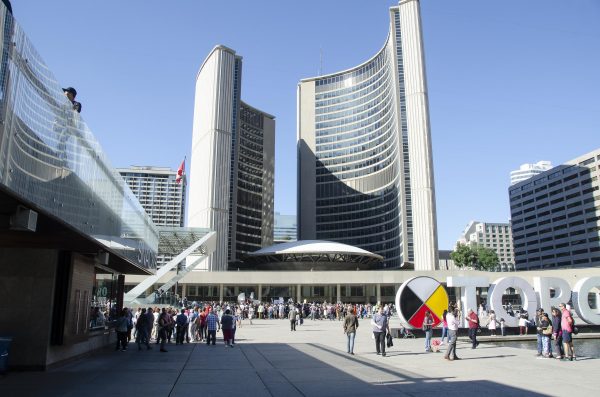 In his column on the weekend, the Globe and Mail’s Marcus Gee took Mayor John Tory to task for committing an electoral bait-and-switch, promising during the 2018 election to hold taxes to the rate of inflation (or less), and then doing a 180 last week with his pledge to hike property taxes to pay for transit and housing.

As Gee wrote, “The way Mr. Tory has chosen – breaking an important promise without going to voters to approve his change of course – only feeds the cynicism about politicians that is undermining democracies around the world.”

There are, of course, lots of people who will be upset with Tory’s shift, and they’ll tell themselves that politicians are all a bunch self-serving liars, blah, blah, blah. But the notion that our system only works if politicians slavishly adhere to their election platforms is a misreading of how representative democracy functions. We don’t live in ancient Greece.

Rather, we elect women and men to make choices about laws, taxation and spending on our behalf, and we confer on them the responsibility to closely consider the implications of the policies they enact. That means taking note of changes in context or allowing for the cool-headed reasoning of government to overtake the impetuous reasoning of elections. If they fail, we can vote them out of office.

Contemporary Canada has two especially impactful and far-ranging examples of how governments shifted directions upon taking office. In both cases, our society is better off as a result.

The first involves the U.S.-Canada Free Trade Agreement. During the 1984 election, Brian Mulroney’s Tories opposed a free trade deal with the U.S. But just a year after the election, an expert commission led by Donald Macdonald (a Liberal diplomat and former cabinet minister under Pierre Trudeau) recommended a trade deal, which Mulroney’s government negotiated and ratified in 1987, a year before they stood for re-election.

The federal Liberals, led by John Turner, ran hard against that trade deal, using infamous ads showing someone erasing the U.S.-Canada border. Turner lost, the trade deal stood, and when the Liberals returned to office in 1993, under Jean Chretien, they had become staunch free traders.

The second example was the Mulroney government’s decision, in 1991, to introduce a goods and services tax to replace the antiquated and inefficient manufacturers sales tax. During the 1993 campaign, Chretien ran against the GST, vowing to repeal it. In office, the Liberals did the opposite, not only preserving the GST, but developed a harmonized sales tax that was phased in over several years.

The GST today accounts for almost 12% of federal revenue, or about $37 billion, which is hardly chump change. That figure is slightly below the level from a decade ago because Stephen Harper fulfilled his promise to cut the GST by two points — a move that continues to hobble Ottawa’s fiscal capacity but has done little to improve the lives of ordinary Canadians.

Neither reversal produced a lasting gusher of voter disaffection. Canadians came to realize that both governments had made wise, albeit temporarily unpopular choices, which is why these policies have remained in place for well over a generation.

Gee and other critics are correct in asserting that Tory came late to his decision to properly fund the City’s vast infrastructure deficit. For years, municipal officials talked earnestly about revenue tools and the iceberg of city finances, about the billions required to pay to keep the transit system working and the social housing from falling down.

Before he was mayor, in fact, Tory liked to use his radio show to promote the need for new revenue sources for transit expansion. In office, however, he reverted to the mean of post-amalgamation mayors, who have mostly stuck to low-ish property tax hikes or, in two instances, frozen them altogether.

The City has paid a steep price for all that dutiful democratic conduct.

I’d argue the true source of resident frustration with Toronto’s leaders isn’t the result of broken promises, but rather the way in which City Hall’s culture of phony prudence has produced its opposite.

For decades, Toronto municipal councils, sometimes with the encouragement or provocation by the upper orders of government, have delayed infrastructure spending and minimized tax hikes, apparently to protect residents from increased costs. They cancelled, delayed or de-funded transit plans or ragged the puck over investments in all sorts of community infrastructure, from recreation centres to pedestrian bridges. By hiking taxes or borrowing, we were told repeatedly, seniors will be forced from their homes, the bond rating agencies will scream bloody murder, and the city’s economy would turtle.

Of course, the accumulation of tight-fisted decision-making didn’t cause the need to disappear; the City’s problems only got worse over time due to neglect and under-investment, which meant that the deferred capital projects, once resurrected, were far more expensive than they would have been if they’d been built when initially bruited. The fiscally conservative culture of Toronto City Hall is a total shell game: it resulted in more cost, albeit foisted on future generations (i.e., today).

So while Tory should be applauded, not castigated, for abandoning an unwise and expensive election promise, he needs to now finish the job by pushing to permanently shift the political culture at City Hall to a more consistently proactive approach.

After all, the true fiscal conservative will invest today, not tomorrow, because it’s cheaper that way. And the resulting virtuous circle (good services bring a greater political acceptance of taxation) will produce less cynicism among voters, not more.