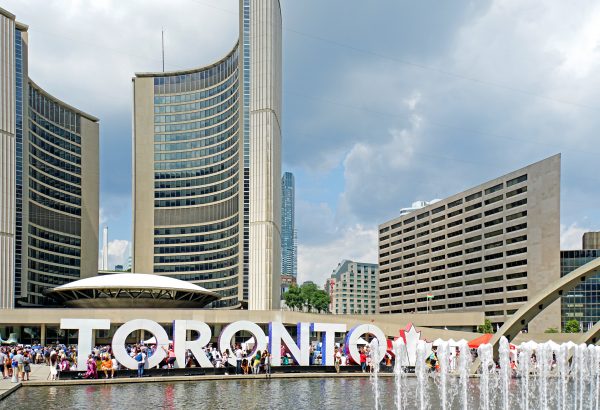 Toronto City Council is set to vote this week on a staff recommendation to sole-source a contract for a technology system. The contract is with Kansas City-based company PayIt. The company sells a digital platform that manages the payment of city bills and fees (property tax, parking tickets, etc.). It has contracts with local and state governments like Kansas City, North Carolina and Oklahoma. The company attracted a $100 million equity investment last year.

Under no circumstances, even in a pandemic, should a deal for a core part of the City’s digital infrastructure be sole sourced. Full stop.

According to the staff report going to council, this deal is worth an estimated $13.6 million over three years for PayIt. The process that led to this staff recommendation raises serious process questions. In a report earlier this year, the City of Toronto’s Auditor General identified contract management as a persistent theme that surfaces in their work, flagging the need to strengthen oversight and accountability for contracts through effective procurement management and monitoring.

A much longer time ago, in 1998, the MFP computer-licensing corruption scandal set in motion a broad effort to reform procurement by the City of Toronto, including the use of fairness commissioners to oversee large outsourcing deals. Another reform, implemented in 2007, was the establishment of the city’s Office of Partnerships, which “provides a one-window service centre for those seeking partnerships with the City. It also creates and refines policies governing the City’s partnership activities.”

Fast-forward to today, and this Office has played a key role in the proposed sole source procurement for PayIt’s services, which would allow residents to pay fees, taxes and fines through an app for a service charge.

In 2019, PayIt submitted an unsolicited proposal to the City. Since then, and without any public oversight, the company has worked with City officials to co-design and co-create the deal that is now on the table. Much like the murky Sidewalk Labs project, the vendor has been negotiating its contract outside of any formal process.

As Matt Elliott reported in his City Hall Watcher newsletter, “PayIt has been lobbying City Hall for more than a year, and recorded 66 communications on the Lobbyist Registry between January 2, 2019 and February 19, 2020.”

According to the staff report, city officials worked with PayIt staff to create a proof of concept – which is a small trial of the product. The report, from deputy city manager Josie Scioli, says the trial “demonstrated agility and customer experience focus.” The City also commissioned Gartner, a large tech consultancy, to do a market assessment for this type of product, which “favourably ranked PayIt as unique in its offering and of two providers that cross the ‘fintech and govtech’ space as the most ‘forward-leaning’ digital government platform.” What else that consulting assessment says is unknown, because Gartner’s evaluation has not been released to the public as part of the staff report coming to council.

By working with the City on a test product for no compensation, PayIt managed to get staff to recommend a sole-source contract worth millions of dollars, with no limit on how high that amount could go. How does this kind of arrangement get so far without out anyone inside government ringing alarm bells?

PayIt makes money by taking a cut of Toronto residents’ bill payments. The deal appears to be structured so that the company, a financial intermediary, gets the same transaction fee no matter how many there are. Based on how much money moves from residents to the City, this is a lucrative opportunity, although the staff report gives no indication as to the dollar value of the transactions that might flow through the company’s app.

In effect, staff are recommending that the company’s app become a digital wallet for Toronto residents. City staff claim it will provide a “unified digital experience that brings services and information to the touch of their hand, flattening divisional silos and presenting services in a way that is intuitive, personalized and simplified – one identity and account, one digital wallet, one contact for notifications and e-bill.”

The kind of service provides the vendor with a lot of power, which again raises the question as to how it is possible that such a large commercial opportunity might be sole-sourced.

Yes, it’s true the City needs to modernize its public-facing tech systems. An easy-to-use payment service is a key critical function. For example, the U.K. Digital Government Service, a leader in the realm of digital service improvement, chose to make online payment an early area of focus. There are also other more established players in this govtech/fintech space (NIC to name one). PayIt is a venture-capital backed medium-sized business. From what is available about the company online (not much), it has no experience dealing with a municipality the size of Toronto. But even if it did, this award doesn’t sit right.

The City is trying to position this deal as though PayIt assumes the financial risk: it will fall to the vendor to encourage residents to shift to PayIt’s system, and only then will the company get paid. Now, you might be thinking, I really don’t enjoy paying my bills to the City. It’s painful. And you aren’t alone. What’s more, the vendor knows about the sluggish state of the city’s legacy IT systems. Lots of people will like this app. They might even love it. And that’s exactly the problem. Consumer-attractiveness is the wrong metric for success.

This company is selling the magician’s hands: the easy-breezy app that will make residents happy. They City gets to look like it has modernized a key interface with residents. But what people aren’t watching is the fact that the City handing this company a license to print money across virtually every possible financial transaction for at least the next three years (with an option to extend for a further two). That’s the sleight of hand. The app is the shiny object.

As ever with technology, it’s the business model that decision-makers need to understand. And council won’t get a clear sense of the pros, cons, and financial risks by going with a sole source contract that appears to have found a loop hole through in the city’s complicated procurement safeguards.

Bianca Wylie is an open government advocate, co-founder of Digital Public, and a Senior Fellow at the Centre for International Governance Innovation. Follow her on Twitter at @BiancaWylie