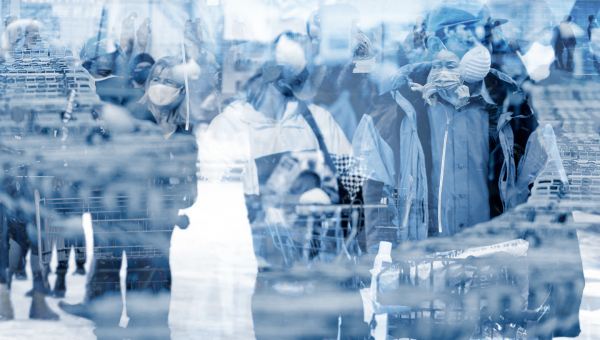 A small procedural question, perhaps for the Ford government.

Should we be expecting to see check-points erected on Highway 400 south of 7, or the QEW near Oakville anytime soon? Or maybe some kind of screening system set up along Steeles to shunt shoppers returning from York Region malls into quarantine hotels with rapid self-test kits? Assuming here, of course, that said shoppers will be footing the cost.

Well, consider the fact that the federal government as of this week is imposing those quarantine stays on returning international air travellers as a means of preventing the trans-border spread of COVID19 and in particular the highly infectious variants. Since the early days, you haven’t really been able to cross the U.S. border by car without special dispensation and a boatload of conditions on the way home. There are penalties and stiff fines for violating procedures, etc.

But if, say, a North Yorker decides today to zip up to, I dunno, Vaughan Mills for a bit of a shopping spree, and then motor back all virused-up after standing in a long and not especially distanced check-out line, well, have at it.

Point is, some borders seem to matter a great deal in this pandemic, and others not at all, although the coronavirus, obviously, doesn’t much care whether it’s travelling between England and Canada or Richmond Hill and Scarborough.

The Ford government’s latest partial re-opening within the GTA – yes to Halton, Durham and York, but no to Toronto and Peel – is not only lethally wrong-headed, but underscores, to my mind, one of the longest-running blunders in this province’s system of municipal governance, which is the persistent neglect of the regional scale.

For over two generations, the city has been spilling over municipal boundaries while once small towns on the edge sprawled into one another, creating a more or less contiguous region that the economic development types and tech industry promotors all love to boast about in their pitch documents to foreign investors. The region’s footprint extends as far as a tolerably unpleasant commute. People work in one place, live in another and shop in a third.

Our commuter rail service has long tethered 905 communities to the core, but beyond a reasonably effective regional transit system, the GTA, from a governance perspective, is a giant rudderless blob, its fate determined simultaneously by bureaucrats working anonymously in the ministry of municipal affairs and housing, meddling cabinet ministers and municipal politicians frequently working at cross purposes.

In the waning days of Bob Rae’s NDP regime, an expert panel headed by Anne Golden recommended a form of regional government, but her report is one of those highly regarded but tragically ignored documents that flits across public life once in a while. Her proposals called for a regional planning approach to domains such as transportation, economic development and waste management.

But the Ford government’s dance of the seven veils approach to, uh, managing the pandemic in the GTA serves as a grim reminder that public health could and should have been on that list.

Consider this thought experiment: what if there was a GTHA medical officer of health with responsibility for the entire 416, 905 and Hamilton? Where would we be today?

It seems reasonable to assume that someone in such a position, looking at the pandemic right now and equipped with the authority that municipal MOHs enjoy, would be compelled to account for long-established residential, commuting and consumer habits that have produced the heavily integrated region we live in today.

This imaginary GTHA MOH would also be cognisant – today, certainly, if not earlier – of problematic pandemic behaviours, such as the way consumers in Toronto and the western 905 flocked to (open) Hamilton malls before Christmas to do last minute shopping that wasn’t possible closer to home. We’re definitely seeing this kind of high-risk consumer behaviour now, with absolutely no commensurate response.

The municipal MOHs, and especially Toronto’s Dr. Eileen de Villa, are clearly aware of the risks associated with the patchwork re-opening, but structurally there’s no way for the province to hear this message. The political and policy discourse only involves the municipalities and Queen’s Park, whereas the lived reality, and therefore the contaigon risks, are regional in scale. Yet under our current governance system, this perspective is mute and unaccounted for.

I’m under no illusion that the provincial Tories are going to learn this lesson anytime soon; after all, they’ve had a year. But looking ahead to post-pandemic reforms aimed at building a more resilient city, I’d say we should be looking closely at establishing some kind of regional public health agency that won’t be blinkered by redundant municipal borders and the provincial government’s insidious impulse to either divide and conquer or turn a blind eye.

It should come as no surprise that viruses are perfectly capable of crossing Steeles Avenue. We ignore their commuting habits at our peril.