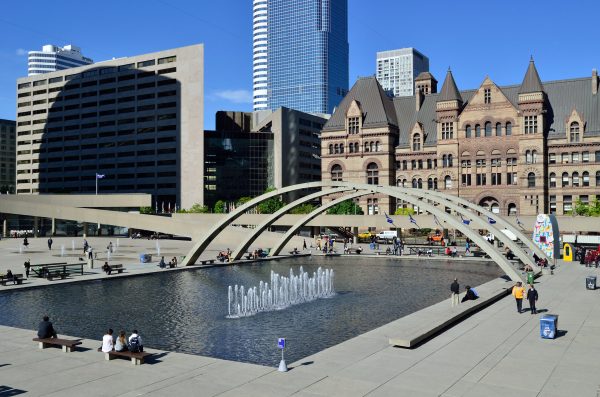 I’d be lying if I said I was the least bit surprised by Friday’s Supreme Court of Canada ruling, which dismissed by a 5-4 vote the City of Toronto’s appeal of the notorious provincial law that hijacked the 2018 municipal election mid-stream.

I’m also not especially appalled by this decision. Indeed, there’s an argument to be made that the City’s hail mary legal gambit in challenging the Ford government’s legislation was merely another episode in the long-running constitutional melodrama that has typecast Toronto city council as the aggrieved and enfeebled victim of provincial aggression.

The closeness of the SCC’s vote should not overshadow the reality that there’s nothing whatsoever in the Constitution that compels provincial governments to confer any specific democratic rights on municipalities, and ‘twas ever thus. Section 92 of the British North America Act may be anachronistic, but it is not ambiguous. Indeed, if you spend a bit of time browsing through provincial laws like the Municipal Elections Act (MEA), the Municipal Act or the City of Toronto Act (CoTA), the implications of Section 92 follow logically.

There are simply no free-floating rights that accrue to cities or municipal voters; indeed, neither CoTA nor the MEA specify that local democracy is even the de facto form of governance. The Municipal Act states that councils, if constituted, have to have at least five members, but the laws don’t say that municipalities are necessarily governed by elected councils. Bottom line: everything municipalities can do is right there in black and white; whatever the province giveth, the province can taketh away. Blame Sir John A.

The notion that a municipal vote in Canada is some kind of sacrosanct, constitutionally-protected means of free democratic expression, unfortunately, is a political fantasy. The upshot of this appeal, which dragged on for three years, is that it encouraged Torontonians, or at least those who care about such things, to indulge in a kind of magical thinking — that a parochial turf war between 100 Queen West and the Pink Palace could lead to an historic rebalancing of the constitutionally enumerated powers of the three orders of government from coast to coast to coast.

Ever since amalgamation in 1998 – 23 years – there’s been an insistent politics around the number of council seats, as if there was some kind of optimal figure that would produce optimally representative decision-making. After amalgamation, council had 57 members for 56 wards. Then the number was cut to 45, with two wards per federal or provincial riding. The 2017 ward boundary review, based on shifting demographics in the last census, upped that figure to 47, at which point some backroom mischief/calculation occurred and Ford Nation summarily slashed the roster to 25, plus a mayor.

The traditional argument is that more councillors somehow provide more representative government. But is this assertion really true? Was 57 more accountable than 45? Did the past three years see a dramatic diminishment of local representation, or can we agree that some of the crummy/retrograde/environmentally catastrophic decisions were also made by larger councils?

At the risk of indulging in whataboutism, I feel the debate over size – with the implicit assumption that more councillors overseeing smaller wards will be more attuned to the workings of urban communities – deflects attention from some of the especially stubborn dynamics in our politics that existed long before Ford slashed the size of council. Let’s make a list: endlessly undermining transit, rampant NIMBYism, chronic under-taxation, the entrenched disenfranchisement of low-income/racialized residents, etc., etc.

It took a global health crisis for Toronto to build a proper bike lane network. Don’t tell me that a failure of this scale — a table stakes move anyplace else — is just about council size.

What’s more, you can’t blame Section 92 for everything. The cities of Vancouver and Montreal, both of which are just as constitutionally shackled as Toronto, have been able to advance the sorts of progressive municipal policies — in terms of planning, housing, transit, active transportation — that continue to elude us. Why?

Also worth noting is the fact that Vancouver’s council is elected at large while Montreal’s has relied on a party system for many years. In both cases, these approaches aren’t structural or constitutional so much as cultural. (It’s true the City of Vancouver has its own charter, but, like CoTA, this document is a piece of provincial legislation, nothing sturdier.)

My own view is that if Toronto council raised tax revenue sufficient to meet the needs of a growing and increasingly dense city, we’d collectively care less about the issue of musical chairs around the council table. (Much larger councils failed to take that step, with the exception of former Mayor David Miller’s push to establish the land transfer tax in 2007.) I also wonder, increasingly, whether a formal municipal party system — with slates, nominations, platforms, etc. — would produce more diverse candidates, erode the power of incumbency, and provide voters with clearer choices. After all, larger councils produced buffoons like Giorgio Mammolitti, Mark Grimes, and Jim Karygiannis.

None of these questions involve the size of council. In that regard, I’m personally glad to see the back of this court case. Like previous sideshows — making Toronto into a province, for example — it served as a politically expedient distraction from much more impactful issues. The next municipal election is a year from now. It’s time to move on from the numbers game.