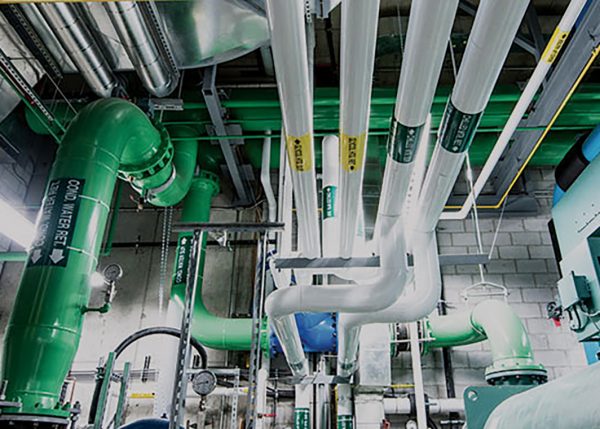 Although many communities in Ontario and across Canada have pledged support for the government’s commitment to achieving Net Zero Emissions by 2050, few have yet settled on “the how”.  But according to one expert, “achieving Net Zero is a non-starter” unless there is also provision to create “a thermal grid” — networks of underground piping that distribute hot water (for heating) and chilled water (for cooling) from a central plant, via a closed-loop to surrounding buildings.

This is the view of Bruce Ander, president and CEO of Markham District Energy Inc. (MDE), a for-profit corporation owned by the City of Markham. Established in 2000 through the vision of its late mayor, Don Cousens, MDE provides thermal energy to more than 200 buildings in downtown Markham, and, since 2012, the New Urbanist community of Cornell.  “Markham is on track to reduce GHG emissions by 35,000 tonnes by 2030,” says Ander. “This is in line with the city’s commitment to achieve Net Zero by 2050.” 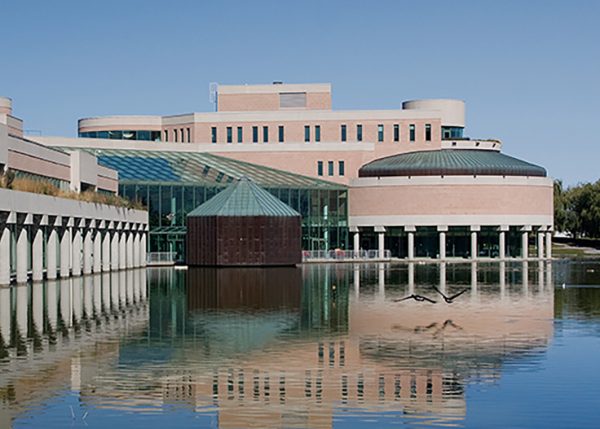 Although district energy (DE) offers a practical route for a municipality to reduce emissions, with a long list of pluses that benefit city building, launching a DE network is not for the faint of heart.

The first district heating system was established in London in 1880, but there are still only a handful of successful systems in Ontario. One reason is the capital cost incurred at the outset. Another is mixed messaging about whether DE qualifies as “necessary infrastructure.” A third is a requirement for clear political support over more than one election cycle.

Cousens was instrumental in plotting a sustainable future for Markham. If a fledgling initiative succeeds in nearby Mississauga, it will be, in part, because of the drive of the late Jim Tovey, who, like Cousens, travelled to Sweden for inspiration. As councillor for Mississauga’s Ward 1, Tovey believed in the potential to transform the 177-acre former Lakeview generating station (known locally as ‘The Four Sisters’ because of its four tall stacks that defined the skyline until they were demolished in 2006) into a vibrant, sustainable mixed-use waterfront community with DE at its core. 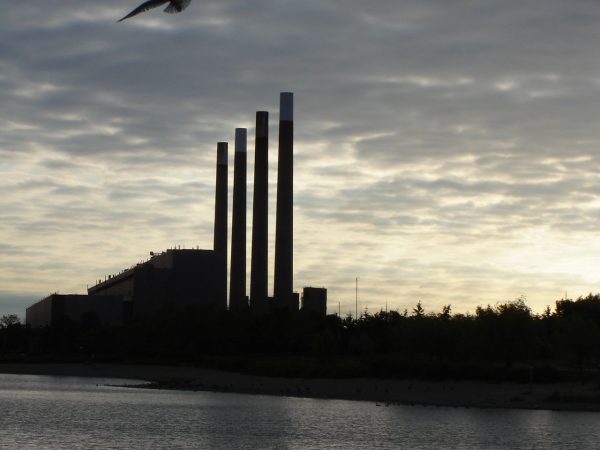 The four smokestacks, known as the “4 sisters”, at the Lakeview Generating Station in Mississauga.

After purchasing Lakeview from the province, the site has been cleaned up and is almost ready for construction to start. With more than 8,000 residential units and 2 million sq.-ft. of commercial development planned, the site has the scale necessary to support a DE network. Enwave, the DE company responsible for downtown Toronto’s deep lake water cooling system, is expected to be the owner-operator.

Importantly, the Canadian Infrastructure Bank (CIB) will invest millions in the project as part of its green infrastructure initiative. With the cooperation of Peel Region, the DE system will use heat exchangers to capture waste heat from effluent from the adjacent G.E. Booth Sewage Treatment Plant. Lakeview Village could be the catalyst for helping Mississauga reduce GHG emissions by 80% by 2050, on its way to Net Zero.

In Markham, DE is acknowledged a key tool for city-building because it facilitates compact development while also benefiting building owners. Plugging into DE frees up space for desirable amenities such as rooftop gardens while avoiding the need for costly emission-heavy HVAC chillers. MDE also generates electricity for delivery to the local grid through a combined heat and power cogeneration process that literally keeps the lights on at all times and in all conditions. The system allows Markham to eliminate almost all downtime to benefit sensitive users, including high-tech companies (e.g. IBM) and hospitals (Markham-Stouffville), as well as dozens of commercial and residential developments. 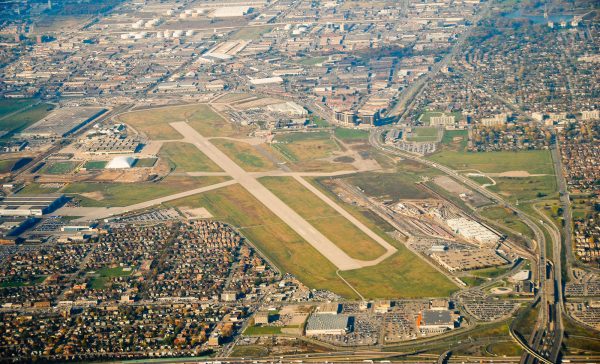 The Downsview Airport in North York is one possible location for a DE system in Toronto.

What about the prospects for DE in Toronto? Examples include relatively straightforward opportunities, such as the re-development of the former Downsview airport, a multi-year project led by Canada Lands Corporation and a federal employees pension fund. A more challenging project is the redevelopment of Scarborough’s Golden Mile, an area more than 200 acres in size, with major players such as CHOICE REIT and Daniels Corporation.

As for political champions, Toronto already has a local councillor who began his career as an advocate for district energy. Ward 19 councillor Brad Bradford wrote his master’s thesis on the benefits of DE, and worked for the International District Energy Association before joining Toronto, first as a staffer then later winning his seat on Toronto’s Council. The City will need Bradford’s insights and leadership on the emissions reduction file as Toronto aims to achieve Net Zero by 2040 — a full decade faster than other municipalities.