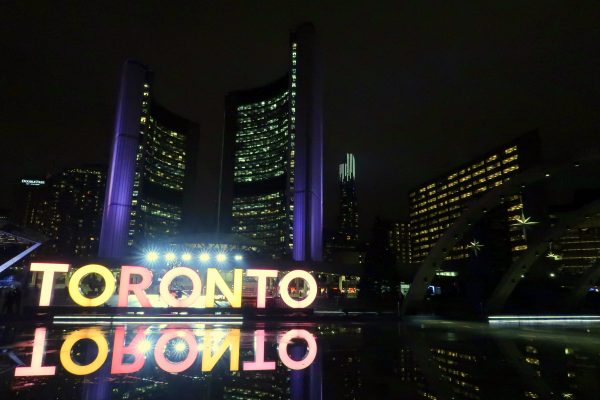 If I’m a populist, it’s because I’m with the majority. And the majority want to live in a city with dignity. For decades, my practice of political engagement has been at the door, in one-on-one conversations, where people share their hopes and fears.

Struggle. That’s what I found in the last year knocking on tens of thousands of doors: growing fear, rage, or despair running through Toronto’s neighbourhoods. Call it populist, and it’s definitely anti-establishment, but it’s time for the Left to listen and tap that anger with an urgency missing in our civic leadership.

Since the spectacle of the Ford years, City Hall has become a place filled with very many fine words. Strategies to address every issue have been adopted and proclaimed. So, what happens when there’s little or no funding attached? How has it taken this long for people to become fed up when they are told, ‘we’ve got this’ and ‘help is on the way,’ but there are still no tangible, material changes to be found? Populist anger is genuine and legitimate, but doesn’t need to be abandoned for the right to exploit.

Popular opinion continues to be trending progressive. Across the political spectrum, a consensus emerged during the pandemic on the need to tax the rich and build a fair recovery. Similarly, the urgent need for action on climate and housing are no longer up for debate. While solutions are available, there are economic elites standing in the way, who promulgate markets as the only means of solving the greatest threats. But the fail is plain for all to see.

Government at all levels has a leadership role to play, and that means doing much more than tinkering around the edges. Municipal leaders in particular should understand that the rules about land use and about development and planning of local economies are encoded with displacement, from colonization to gentrification. Inequality grows by design.

These conditions erode social solidarity. They fertilize seeds sown by highly resourced right-wing organizing, which connects with real anger at material inequality. The right’s answer to this anger makes our neighbours, and the institutions which belong to us all, the top villains.

While the picture I paint is grim, the conditions of inequity that lead to it are the same, and in which progressive visions and organizing can thrive.

Let’s begin by recognizing we are a city in crisis: systematic violence and harm to Black communities, by the police’s own admission; warnings to people who feel vulnerable not to ride transit by authorities crisis managing a lawsuit; carnage on roads and sidewalks as people moving about the city are killed and injured as a regular occurrence; sketchy million-dollar contracts for security guards in parks to keep out people looking for a place to rest when there’s nowhere else to call home. Millions more are struggling to afford rent or a mortgage.  But it’s also the smaller things, like no bathroom access or broken water fountains, that tear away at quality of life, and ultimately, at dignity.

We need leaders who are willing to call this crisis what it is and who will bring a sense of urgency — leaders committed to fierce transparency and accountability. Stop saying one thing during photo ops and then doing another at council. Stop saying you support a policy that you undermined or diluted. Every time something good has happened in recent years, it’s taken massive investment of time, money and energy from community leaders.

Think of the movement on inclusionary zoning to require some affordable housing in new development – watered down but better than nothing. Thousands of ACORN members, housing advocates and citizen volunteers mobilized for a partial victory. It belongs to those people and it shouldn’t be claimed by anyone on council who worked behind the scenes to make it less than it should have been.

The announcement that Toronto will be co-hosting the World Cup came with a $90 million price tag, which is ‘an investment’ that will pay off with ‘jobs’ and other economic windfalls, according to the mayor. I’m a lifelong football fan, but I’m also a resident who knows the cost will be shared by all, including tenants living with very low income. You want to sell us on the project? Commit in writing to guaranteeing the benefits to workers and communities.

As the real funding shortfall in the city climbs above $1 billion and the bill comes due during the next term of council, refusal to make tough choices will, once again, equal more cuts and more pressure to privatize, costing us more for less. Toronto can start breaking out of this endless cycle by reducing the ballooning police budget and making sure police are no longer tasked to do community safety and care work better done by people proven to do it better. Growing incidents of targeted or random violence in the city demand attention. So do our city’s finances. We have the opportunity to address both problems with the same solution.

There’s no prosperous society if people aren’t properly housed, fed, educated and healthy. A more democratic economy, in which no group or community is marginalized either from participating or from seeing their lives improved, where voices of workers and communities are heard during the big decisions, especially about development, infrastructure investments or provision of public services – these things are all possible. And are urgently needed.

Popular power matters. It’s how anyone seeking dignity is able to shape the future. People and communities have the ability to make life better, because power is within all of us, and we can flex it like a muscle. This includes making demands, knowing and asserting our rights, and expecting transparent, accountable local government. Restoring dignity has always been a populist goal; now it has become essential.

Alejandra Bravo is an adult educator, movement-building facilitator, and campaign enthusiast living in Toronto. Follow her at on Twitter @bravo_alej or bravodavenport.