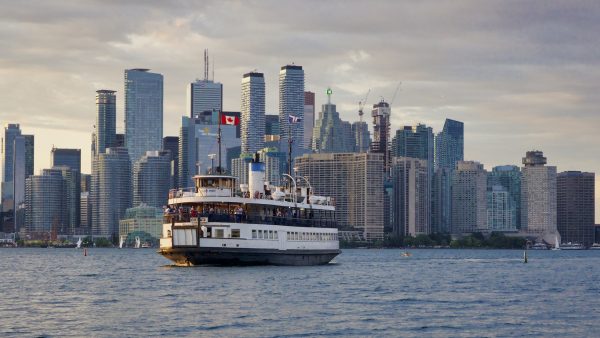 After the dock collision on the weekend that injured more than a dozen people and has reduced ferry service to the Toronto Islands for the rest of the summer, I found myself thinking about which other major cities would tolerate, year after year after year, the use of such antiquated transportation equipment.

Our reality is this: Toronto’s three main island ferries were built in 1935, 1939, and 1951. The eldest dates, astonishingly, back to the Great Depression, and is just shy of its 90th birthday.

Scanning potential candidates, I immediately thought of the historic San Francisco  streetcars. While the picturesque Peter Witt cars were built in the late 1920s, the service itself only started in the early 1960s, when the Bay Area municipalities began building BART.

Another example: Lisbon’s storied Tram 28, which meanders through the city’s oldest neighbourhoods. The line dates to the early 20th century, but the vehicles currently in use were built in the late 1930s.

Both are as much tourist attractions as transportation infrastructure.

Then there’s the Staten Island Ferry, a critical element of New York City’s transit system. Ferries have been crossing New York’s harbour for generations, but the current fleet dates to the early 1980s, and includes four brand new ships, with capacities of 4,500 passengers.

According to the New York City DOT, those big new ships were commissioned by New York mayor Bill de Blasio as recently as 2014, and have come into service over the eight years since then. During that exact same period, we’ve been basically treading water out in the harbour.

In fact, for a municipality where the acronym SOGR — “state of good repair” — is sprinkled liberally throughout policy and budget documents pertaining to just about any kind of city asset, it is a scandal that council can’t replace such superannuated vessels. We seem to have as much trouble with this file as National Defense does with new fighter jets.

The so-called procurement process seems to date back about a decade, when Parks Forestry and Recreation embarked on a “fleet replacement strategy” in recognition of increasingly expensive repair bills. According to the most recent city staff report on the ferry file, dated late last year and adopted by council in January, the bulk of this molten process has played out during Mayor John Tory’s watch. In fact, ferry replacement came up during one of his first council meetings and has found its way onto the city’s agenda five times since then.

The earliest vote — March, 2015 — earmarked $11 million for the replacement of one ferry. That number got bumped up a few times, and, in the latest version, has ballooned to $63 million for a pair of electric ferries, to be delivered over the next 15 years (really).

City council also established a “Ferry Replacement Reserve Fund,” which, as of last fall, contains about $7.9 million, and will be drawn down in a couple of years. The balance for the three new boats will apparently come from debt and development charges, and the city plans to hold on to the Trillium as a heritage vessel.

“In recent years, growing passenger numbers and pressure on Toronto Island Park has stretched the fleet to its operating limits,” the staff report cautioned, cautiously. “While all the vessels are well maintained, they are significantly beyond the 20-year industry average lifespan for similar fresh water ferries … As vessels age, both reliability and safety naturally decrease and can increase the risk of unexpected failure and substantial and unexpected repair costs.”

Council, and certainly the mayor, have never really pressed city staff to accelerate either the ferry replacement process or the modernization of the docks. Indeed, the language of the staff report reveals the kind of ponderousness that afflicts too much local decision-making. There have been stakeholder consultations, a check-in with KPMG, a “pivot” towards the use of hybrid-electric equipment, more “due diligence,” and then, of course, a pause circa 2020. And here we are. Again.

I don’t want to suggest that city officials should just hand over tens of millions to the first ferry company that wanders into town with a slick presentation. But the city’s leisurely pace, and the inclination to constantly re-set the clock, is deeply problematic, especially when no one on council has the jam to say, `Stop, already, let’s do this thing.’

It is, of course, well worth pointing out that the transportation infrastructure project a few hundred metres east has received plenty of political love, money, and bureaucratic attention during Tory’s two terms as mayor. While the future of the eastern end of the Gardiner has been in play since the early 2000s, the notion of shifting its route north emerged after Rob Ford left office in 2014. Since then, council approved the plan, which then turned out to be twice as expensive as anyone realized. The $2.3 billion we’re spending on the Gardiner is enough to buy 92 ferries.

There’s little question in my mind that ferry replacement — alongside the long-overdue improvements to cattle pen that serves as the departure lounge — would occupy more of council’s attention if the bureaucrats and politicians involved didn’t have cottages, savings for international travel, driver’s licenses, etc. As with much of Toronto’s parks system, the people making decisions about its use, upkeep and future tend not to use those amenities, or at least not much.

Similarly, the city’s ridiculous intransigence on the prospect of building pedestrian bridges or tunnels to the island reveals Toronto’s deep-seated mistrust of public space, and access thereto. The Methodist ghosts that rattle around in the basement of City Hall never cease to offer up whispered warnings to the denizens of the second floor about the importance of controlling parks and thus ensuring social order — unless, of course, there’s a buck to be made.

I’d argue that the next council desperately needs to find a way to think differently about this unique part of the city. The demographic reality is that the two wards experiencing the highest rates of population growth — Fort York-Spadina and Toronto Centre — both touch the central waterfront. The islands will — or should — evolve into a neighbourhood park/green space for tens of thousands of high-rise dwellers with no backyards. Such uses, and not just summertime trips to Centreville or the beaches, are increasingly what’s at the other end of those now disrupted ferry rides.

In the early innings of an election that’s focused more on public space than I had anticipated, I would hope the men and women seeking high public office this fall will bring a sense of actual urgency to the matter of providing proper access to this extraordinary civic park.

A good place to begin leaarning? How about the tedious, snaking line-up to get on the ferry this weekend.