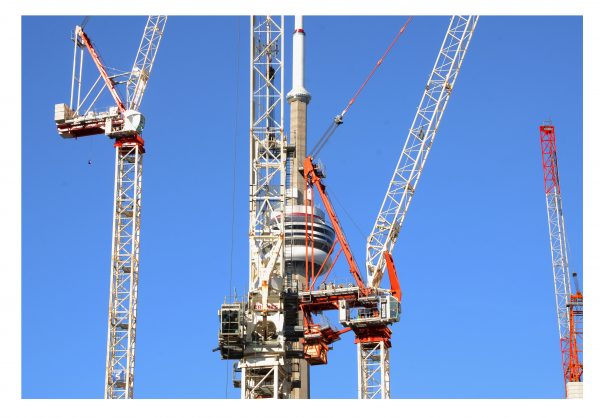 For decades, about half of Torontonians have lived in rented dwellings, and despite this rather amazing statistic, they are systematically un- or at best under-represented when it comes to the policy issue that most directly pertains to their lives: housing affordability. Landlords now have virtual impunity to evict and can charge eye-watering amounts for crappy apartments. Meanwhile condo and house prices have hit escape velocity, putting ownership beyond the grasp of a growing swath of the population.

What proportion of the city’s residents will rent in a decade? I’ll bet that ratio is going to rise beyond 50 percent, and yet we’re incapable of adding new moderately priced, purpose-built rental apartments. Tenant households are absorbed invisibly into the proliferation of investor-owned micro-condos, which is, truth be told, what passes for the city’s rental policy, yesterday, today and tomorrow.

(As a City housing market analysis notes, the number of renter households rose by almost 80,000 between 2006 and 2016, while the net new purpose-built rental units that came online during that period was a paltry 1,466. The vast majority of new rental units, of course, were condo apartments — almost 60,000 for that decade, and the figures have gone up since.)

Last week, against the can-do backdrop of a construction site, Mayor John Tory launched his election campaign by attempting to re-re-brand himself as a housing warrior. His platform included a pledge to incentivize new rental by cutting fees and charges, as well as prioritizing applications for such projects.

Let’s cast our minds back four years, to the last time Tory emerged from the mayoral phone booth, dressed as a housing superhero. Within a month of a chaotic municipal election, which he finished by promising 40,000 new affordable housing units within 12 years, council had signed off on a plan to use 11 municipally owned land parcels — parking lots, etc. — to build 10,000 units of purpose-built rental, both market and affordable. Housing Now, as the program was dubbed, would remove crushing land costs from the equation and take advantage of the billions squirreled away in the federal government’s National Housing Strategy piggy bank.

Four years later, the city has yet to break ground on a single one of these sites.

Sit with that detail for a moment.

According to the watchdog group Housing Now TO, the last publicly disclosed status report surfaced in the spring, and even the projects closest to viability are still spinning their wheels. The reasons are complicated, of course — pandemic slow-downs, steep interest rate hikes, NIMBY-deployed IEDs, nervous investors, the murk of the city’s planning approvals process, and a federal housing agency with an explicit mandate to backstop precisely such projects and yet refuses to close these deals for reasons that surpass understanding.

Should we blame Tory? Yes and no. Yes, in that he definitely didn’t bother to ride herd on the councillors who, during this term, insisted on gumming up the gears with heart-rending entreaties about the importance of local parking lots to quality of life. Nor has he publicly assailed the federal Liberals for tolerating Canada Mortgage and Housing Corp.’s molten pace with financing approvals.

But the truth is that the mayor’s ability to drive purpose-built rental housing is very limited (about which more in a moment).

Yes, we now have inclusionary zoning rules, which will eventually create some new rental stock. But the fact is that Tory can talk until he’s, well, blue in the face about cutting fees and red tape, yet it won’t make a whit of difference if developers only want to build condos. Which will have investor-owned units, which can be rented, so, well, whatever.

Queen’s Park, unsurprisingly, is utterly bereft of ideas about how to solve the purpose-built rental shortage. The government’s much-hyped and highly fantastical plan to build 1.5 million new homes over the next decade has nothing much to say about this issue (they all live in houses). Meanwhile, the industry taskforce that provided the policy ammo for Ford’s plan included only a single suggestion: cutting the property tax rates on rental buildings so they’re equal to condos — an evidence-free canard trotted out each and every time this topic comes up.

Between the 1950s and the 1970s, public policy — in the form of Metro Toronto’s planning dictates and then an obscure federal tax credit — created the conditions that enabled investment capital to both accumulate and then land in the form of large purpose-built rental apartment complexes. Policy, it cannot be stated too often, created this housing legacy.

And then other policies — condo laws plus local planning regulations that discouraged slab apartments, mainly for aesthetic reasons — conspired to drain almost all of the capital from the purpose-built rental market.

In recent years, institutional investors have become interested in owning apartment buildings, which provide long-term, stable income that serves as a useful source of ballast in a portfolio that might include riskier assets. But much (though not all) of this investment tends to favour luxury rental projects, which don’t really solve that which ails us.

What about reforming provincial planning laws to allow municipalities to establish zoning bylaws specifically for multi-unit purpose-built rental? After all, we’ve long had zoning bylaws that allow only detached homes in large regions of the city (yellow belt), so why shouldn’t we do the same with rental?

B.C., in fact, passed precisely such a law in 2018, and the City of Vancouver translated it into something called the Secured Rental Policy earlier this year. The move has attracted some investors, though not a deluge, yet. According to a Vancouver spokesperson, there are currently 21 purpose-built rental projects, with 1,250 new units (gross), in the pipeline established by the new secure rental policy. Not a slam dunk, but certainly evidence that investors will materialize. Here, the Ontario Tories have nothing like this idea on their planning reform radar (to date).

You could write a book — someone, in fact, has — on the myriad failings of condos as a form of multi-unit residential development and tenure. One of the central problems is economics: because condos are so incredibly profitable, builders that don’t want to own and operate high rises are better positioned to secure land than apartment-building landlords.

It’s probably too soon to say whether B.C.’s law will succeed in re-directing investment capital towards the mid-range rental market. But I’d argue that the Ontario government shouldn’t ignore this reform, and Toronto council, in turn, should take full advantage if the Tories bring it in.

The province can and should take other more aggressive and intentional steps. The Provincial Policy Statement, which guides land use policy, has nothing to say about purpose-built rental: it absolutely should. Queen’s Park’s edict about driving up the density of housing and jobs near rapid transit stations, via so-called Major Transit Station Area regulations, should include riders that some significant portion of that new density must be purpose-built rental (i.e., beyond the meagre set-asides in the inclusionary zoning bylaw).

Finally, let’s come back to the mayor. Tory’s promise to foster purpose-built rental is tissue-thin. Yes, the missing middle reforms — which have been in the planning department’s policy hopper now for a couple of years — are important. And the city can use some of its levying authority to prime the pump.

But the next mayor of Toronto — whether it’s Tory or an outspoken challenger like Gil Penalosa — must significantly amp up his or her rhetoric when it comes to the utter failure of the provincial government to enact policies capable of attracting lots of investors to long-term rental.

Will Tory be bold in his critiques of Queen’s Park’s housing policies? Of course not, and indeed the Tories’ (not-really) strong mayor legislation will, I’d predict, create an advocacy chill, discouraging Tory (or whoever wins) from publicly challenging the Ford government’s plans as inadequate.

Year in and year out, our elected officials (who all own) pay lip service to the escalating crisis in rental housing. But like the frog in hot water, the problem of finding reasonably priced rental accommodation in Toronto — if you’re young, or a newcomer, or low-income — gets hotter with each passing day. I thought, four years ago, that we’d made a breakthrough with Housing Now, but I was wrong. So don’t be fooled by the muscular housing promises emanating from Tory or the members of Ford’s cabinet. None of them rent. And they don’t care about those who do.