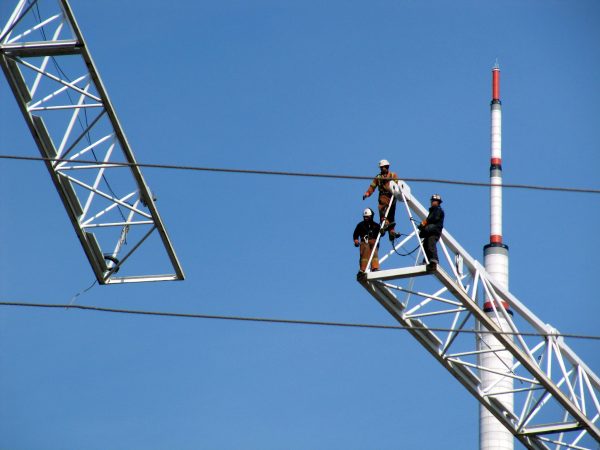 This column has been updated since it was originally published. A debate will be held on Oct. 17th.

In case you missed seasons 1 to 3, city council in January, 2019, approved John Tory’s apparently game-changing housing plan, which called for 11,000 market, affordable and deeply affordable rental units on 11 city-owned sites, a bold approach designed to not only remove absurdly high land costs from the Rubik’s Cube of housing development, but also take advantage of some of the billions in the federal Liberals’ national housing strategy. By most accounts, Housing Now was the most ambitious public-sector driven housing strategy the city’s seen in decades, if not longer. But we’re coming up to a year since the last shard of news about its progress or if, indeed, this thing is still alive.

In his housing platform announcement from last week, mayoral challenger Gil Penalosa dismissed the Housing Now strategy as a “failed policy” that has not resulted in any new construction so far (true).

Tory, in his own “five point” housing platform released late in August, somehow managed to neglect even a single mention of what was to be his signature achievement. A spokesperson said in a statement to Spacing that Tory “is committed to getting the Housing Now sites built as quickly as possible” and blamed the delays on interest rate fluctuations.

Penalosa, in turn, says he’ll transform Housing Now by ensuring that all development on city-owned land will be affordable rental (i.e., 80 to 100% of average market rent or rent-geared-to-income). He has set a target of 100,000 units (timeline unspecified) on the full range of municipally owned properties, including libraries, parking lots and community centres. (His platform includes a range of other housing/planning ideas, including the appointment of a city architect and the end of the use of angular planes on mid-rise buildings.)

Tory, for his part, claims he’ll use city-owned land to spur the construction of co-ops, supportive and affordable housing, and says he’ll also cut fees and prioritize purpose-built rental, which, of course, begs the question, why didn’t he already do precisely that with the Housing Now sites.

I’d be up for having some spirited and free-flowing debate about what’s happened to Housing Now — whether this idea is still worth pursuing, and what can be done to re-kindle the flame.

Unfortunately, there are no mayoral debates scheduled as of today. In short, if you were hoping to understand which of these two perspectives holds water, well, too bad. Tory has refused most debate invitations, and his public appearances so far have either been highly scripted announcements or photo-ops with candidates. His spokesperson says his campaign team considers every debate request that comes in. (UPDATE: The Toronto Region Board of Trade this afternoon confirmed a debate, to be held October 17, that will include Tory and Penalosa, as well as Sarah Climenhaga, Chloe-Marie Brown and Stephen Punwasi.)

The mayor’s peek-a-boo approach, which he road-tested in 2018 against Jennifer Keesmaat, reminds me of Mel Lastman’s most notorious election campaign — 2000, when he and the press gallery engaged in a months-long game of whack-a-mole because hizzoner was hiding from a confection of embarrassing personal news and blow-back from his surreal pronouncements in advance of Toronto’s 2008 Olympic bid.

In 2003, and most mayoral races thereafter (including 2010 and 2014, when the brothers Ford were on the ballot), there were numerous lively mayoral debates, as Tory well knows, given that he participated in a great many of them. These weren’t the highly choreographed, over-lit, shouty versions that take place in TV studios. Rather, they were debates hosted by civic organizations, some of them small and local, with their own agendas (arts, senior’s issues, etc.) and audiences with actual voters. We’re scarcely a month from voting day, and there’s not a one in sight.

Let’s come back to housing, now: when the Ford government introduced its strong-but-not-really mayoral powers legislation (since passed), the premier said it was all about ensuring that the city gets on the stick when it comes to and approving building more housing. Tory, ever obedient, echoed the same themes in his few public remarks on the topic.

And that, my friends, is pretty much all we’ve heard about housing from the mayor’s party. Which is more than a little weird, given the way the stakes were laid out.

It’s worth taking a short detour here into the state of play on the municipal housing file. Setting aside Housing Now for a moment, council this term has made some significant strides in loosening up zoning policies for house neighbourhoods, and there’s some reason to believe that the final stage of a planning policy agenda dubbed Expanding Housing Options in Neighbourhoods will pass council in the next few months.

The planning department’s proposal, extensively researched and consulted on, would allow missing-middle forms, such as duplexes, triplexes and fourplexes, to be added as of right in house neighbourhoods, including (and especially) those zoned for detached residential.

Penalosa and Tory are by no means on the same page here. Penalosa says the city should allow homeowners to build up to six units on residential property as of right, although he does leave himself an out by saying the extent of this kind of up-zoning would depend on the neighbourhood.

Tory’s promise to expand housing options is also a bit of a mine-field of weasel words. He says he favours more missing middle, and “allowing greater mid-range density on major roads and in areas served by transit.” What he doesn’t say here — no surprise — is that the owners of properties inside residential neighbourhoods — not on their edges — should be allowed to convert them into multiplexes. This is a significant omission, and suggests he may use his provincially granted powers to block some of the planning reforms that would allow gentle intensification within neighbourhoods.

Let’s look at a few other details about council’s housing record since 2018: after some arm-waving, council passed an inclusionary zoning bylaw, which could be stronger, but is not nothing. Then, the city, in order to conform with new provincial land use rules as it updates the official plan, has designated 57 subway, GO and LRT stops as “major transit station areas,” meaning the zones around each stop will have to accommodate significantly increased densities, which is what we need in order to make rapid transit viable.

The fact is that on almost all fronts except Housing Now, council managed to move the housing ball forward. The Housing Now projects, which comprise thousands of proposed rental units on generally well-located city land, are the files that appear to be stuck in neutral

It’s not especially clear whether the hold-up is due to the high interest rates that suddenly put their projects out of reach, or the molten financing approvals process at Canada Mortgage and Housing Corp., or some unseen roadblock inside the city and its land development agency, CreateTO (which is run by former Tory aide Vic Gupta).

What is obvious, however, is that Tory’s Big Housing Policy, like his Big Transit Policy (SmartTrack, RIP), needs its batteries charged in the worst way. I’d love to hear some conversation about how to prevent Housing Now from becoming Housing Then.

But a month from election day, it seems the mayor doesn’t want that debate — not, well, now.