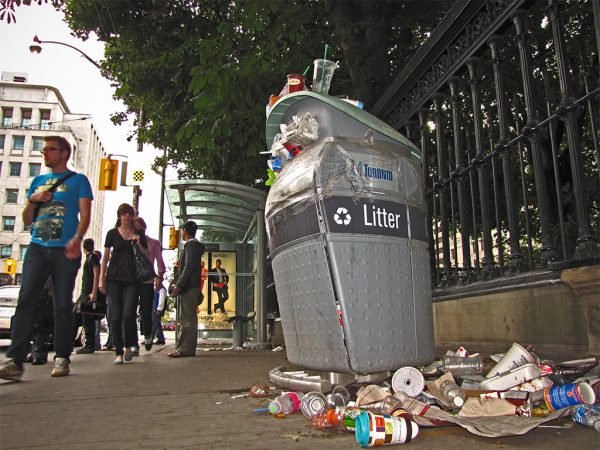 Let’s face it: there was never meant to be a ballot question, besides some kind of fuzzy re-validation of Mayor John Tory’s claim of experienced, don’t-scare-the-horses leadership, yada, yada, yada. By early 2022, the most widely rumoured mayoral aspirants, Joe Cressey and Josh Matlow, had either exited or let it be known that they were going to sit this one out.

And thus John Tory, who promised to leave after two terms, embarked on a victory lap.

It was all going swimmingly until Gil Penalosa spoiled the party. An urbanist of global reputation who hangs his hat in Toronto, Penalosa runs 8-80 Cities, a non-profit dedicated to the eminently sensible idea/ideal that urban neighbourhoods that are good for the very young and the very old are good for all of us.

So now we have both a race and a ballot question, and the latter is one for the ages — a choice that has never expressed itself with such clarity in post-amalgamation Toronto: Do we want a low-tax/low-cost city, or a city that recognizes the deep, intrinsic value of Toronto’s public spaces, whose importance and neglect can no longer be ignored or tolerated?

In the 24 years since amalgamation, a progressive mayor/council has governed for seven (David Miller, from 2003-2010). For the other 17 years, mayor after mayor has run on the (false) promise of low or no tax hikes as evidence of prudent public service. Miller brought in the land transfer tax, which has kept the City solvent for the past 12 years. Rob Ford approved a very small levy for the Scarborough subway. And successive regimes have repeatedly ratcheted up fees in an attempt to help balance the books. Trouble is, we can now see the visible manifestations of almost two decades of under-investment in the public realm and public services. And if you don’t believe me, ask departing deputy mayor Denzil Minnan-Wong, who admitted as much in a bracingly self-serving interview with the Toronto Star last week.

As many commentators have noted, the direct beneficiaries of the low-tax policies of Mel Lastman, Rob Ford, and John Tory have been those segments of the population that are least inconvenienced by the directly related decline in our public spaces and services. They have cottages and backyards, capacious balconies, rooftop terraces, travel budgets, club or private gym memberships, and all manner of out-of-town recreational options.

What’s more, they are secure in the knowledge that their mayor and council won’t make them pay very much for the services and spaces that they tend not to use, much less rely on.

During the pandemic, however, this particular chicken came home to roost in a big way. Through months and months of lockdown, the value of a very wide range of public spaces and amenities took on far greater importance to a much wider swath of the population.

But somehow, amazingly, John Tory managed to miss the memo.

Yes, council did things it’s never done before: added bike lanes in places once considered untouchable, approved curbside patios, and so on. Yet the City’s response was anemic or outright toxic (i.e., encampment clearings) compared to other large cities, which seized on the pandemic interregnum as a generational opportunity to make critical changes, such as radically re-designing streets so they’re no longer traffic sewers for private vehicles.

Penalosa comes from a rich intellectual and professional tradition that doesn’t just assign great value to public space, but regards it as the defining condition of what it means to be urban. His platform is like a gale force wind that has forcefully struck both a municipal institution and a political leader wedded to stale and parochial approaches to local governance.

My only regret is that he didn’t start this crucial conversation six months sooner.

In The Globe and Mail last week, Marcus Gee declared the 2022 mayoral election to be a “dud.” He couldn’t be more wrong. Toronto desperately needs the wake-up call that Penalosa is offering us, and which we ignore at our peril.

In policy plank after policy plank, he has challenged Torontonians to understand that public space isn’t just about where to walk the dog or take the toddlers. It is about enabling seniors to live and age safely in the own communities. It is about providing tenants and low-income people with the physical space that homeowners too often take for granted. It is about equipping the most rapidly densifying parts of Toronto with extensive new parks that will provide both space and community for those who live in tiny apartments in the sky.

Penalosa has called out the City’s ineffective version of Vision Zero, and is urging us to recognize that bus rapid transit — which is far less expensive and far more efficient than LRT or subway — is a carbon reduction strategy we should embrace instead of studying into oblivion, as so many other congested cities have done.

Finally, his campaign says the City needs to do far more to leverage municipally owned land and buildings to build affordable housing. What’s more, his proposal to allow up to six units on most residential lots not only goes well past the planning department’s missing middle reforms, but acknowledges that Toronto’s essentially gated house neighbourhoods need to do far more to add to the city’s housing stock.

Every metropolis is a platform upon which the private and the public engage in that messy, never-resolved struggle known as city-building. Civic politics emerges from the complex relationships — sometimes fraught, sometimes constructive — that play out between individuals and institutions, commerce and social justice, wealth and poverty, stability and change.

Tory’s campaign — and indeed his entire political career — has been focused predominantly on private interests and private spaces. He talks about the importance of improving equity, but only if it can be achieved with the low taxes that homeowners demand.

Since Labour Day, Tory has spent most of his time greeting those same homeowners in their leafy suburban redoubts. His cynical decision to duck all but two mayoral debates is the rhetorical embodiment of his core indifference towards the public and civic realms.

Penalosa, in turn, has spent his time during this election in public, traversing Toronto’s far-flung open spaces, telling us both why they matter and forcing us to reflect on all the many ways in which they have been allowed to deteriorate in the name of a low-tax/low-cost city.

Indeed, Penalosa’s critique of, well, Toryism speaks directly to that inchoate sense of something gone terribly wrong — about an imbalance that has become ever more pronounced, and increasingly out of step with the cities we call our peers.

For decades, we’ve allowed men like the mayor and the brothers Ford impose a politics of parsimoniousness, dressed up as virtuous concern for the little guy and the middle classes.

The reality could scarcely be more opposite.

Torontonians are now living with the consequences of years of political and fiscal choices that have consistently favoured the private at the expense of the public.

I don’t know if Penalosa will prevail on October 24; the odds are long. But I’m hoping the urgent civic debate he’s begun will continue on October 25, and then grow until Torontonians choose leaders who recognize that great cities have never been built by private interests alone.

photo by Patrick B (cc)