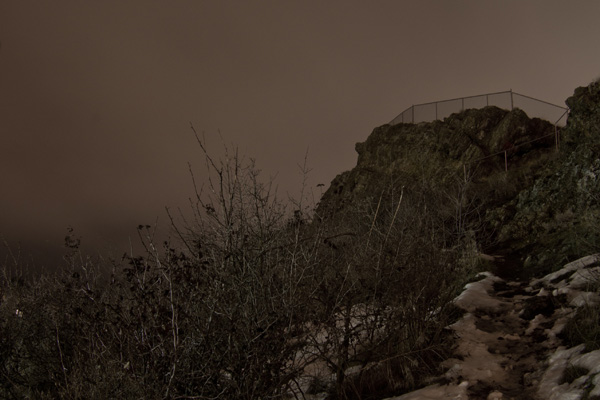 Since you’re the kind of person to read online election articles, you probably already know that the three major parties – Vision, COPE, and the NPA – are all strongly represented online, along with independent candidate Sandy Garossino, veteran of the casino fight, and others.

This is the election where social media finally becomes the make-or-break campaign tool, say the pundits, just as they’ve said for every election in recent memory. I disagree, and I disagree as someone who recently managed a election’s “social media candidate” (the exact race is not important, but I have never had any role with any Vancouver party or candidate).

On Facebook, we had the most friends, and both a page to “like” and a discussion group to join. On Twitter, we were one of the most prolific campaigns, but also the most likely to engage in an actual dialogue. Our YouTube videos allowed comments, as did the in-depth blog posts we were constantly rolling out with detailed links to relevant articles. We answered pretty much every question directed our way on the local forum while most candidates ignored it, and we did an in-depth interview with a local blogger in addition to all the surveys we knew would end up online.

The media ate it up. Never mind that we knocked on ten thousand doors, that we ran an essentially car-free campaign, or that the candidate was from a completely non-traditional demographic with endorsements from political veterans – all the media wanted to talk about was social media, and always with our candidate. We indulged them grudgingly, and sure enough were defeated (conclusively) by an incumbent who barely had a website and just splashed his face on mail-outs and a mobile billboard next to a polling station. I tell this story not to scare anyone away from social media, but to try to remind them that it is a fickle tool to use effectively and that it is not going to help them as much as they might think.

In this campaign, I’m not convinced that anyone really gets platforms like Twitter, except maybe Garossino (and obviously I’m not sure whether that will matter). COPE is generally the most positive, popping in to share some inspirational campaign video, but never sticking around to talk policy in much depth. The NPA is by far the most active, having sent multiple tweeting candidates to the Courier. They are, however, an unrelenting wave of retweeted negativity whenever there’s some piece of a damaging news story that can be repeatedly sent out in 140 characters – even if the rest of the story contradicts that piece.

As for Vision, the main account is consistently useful to track events and platforms, but the candidates are generally absent in deference to a few unbranded party insiders and supporters. Then, yesterday, suddenly these accounts exploded their own wave of negativity over revelations that NPA candidate Jason Lamarche wrote something four years ago on a personal blog that could be construed as sexist. Not to be outdone, the NPA’s Sean Bickerton fired back with just about anything he could think of after quickly tiring of the moral high ground approach. Interestingly, Vision seems to have adopted the same strategy the NPA apparently developed and abandoned.

Dragging up the original blog post may have been out of line, but his original reaction to the media, or his decision to wait a week before taking it down, seem to me to be fair game – just like everyone else’s reactions are relevant to their character and to voting decisions. The article itself is relatively tame, even in the criteria he used (though “good in bed” isn’t the best wording). The problem is the application of numbers, of reducing people to a score and then ranking them against each other. Misogynistic, sure, but it speaks to me of a willingness to make inevitably subjective decisions with the calculator rather than the heart – and that’s highly campaign relevant.

Unfortunate as it was, perhaps the mud-slinging was inevitable. This was a slow week in the campaign, to say the least. Ploddingly slow. Mind-numbingly slow. Each of the three main parties released just one real policy plank outside what might as well have been a joint Vision/NPA economic platform with zero surprises: build on strong trade relationships, keep taxes low, favour small businesses, continue to shift property tax from commercial to residential, make Vancouver a centre for technical innovation, and support the creative sector.

Vision’s plank was to create 10,000 square feet of artist’s space – not enough, and unsubsidized new space is not a replacement for old, responded some of the city’s artists. COPE’s plank was to ban shark fin soup – a fine goal, but honestly nowhere near enough to hang a campaign around, even for this vegetarian writer. The NPA plank was to introduce privately operated boat and bicycle rentals to parks to help with the budget. Aside from the public/private debate, including whether or not these would compete with existing rental outfits or the city’s planned bike share, this one should really be a no-brainer. Anton’s plan to end Occupy Vancouver by directing city staff to end Occupy Vancouver, on the other hand, is tautology at its finest.

This week brought plenty of back-and-forth as to who was more interested in policy debates than mud-slinging, but little evidence that anyone truly was. Of course, when opening your mouth just makes room for a clod of dirt, that’s not exactly a great surprise.