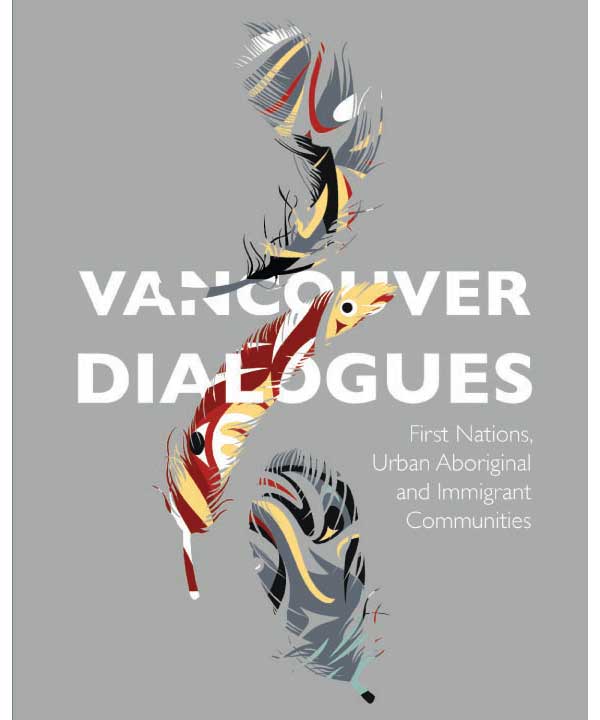 The Vancouver Dialogues Project is an initiative taken by the City of Vancouver to create a conversation of understanding between Vancouver’s many cultural groups.  The project is focused around First Nations, urban Aboriginals and new immigrants to the region — all of which come from very distinct cultural backgrounds that are very important to Vancouver’s cultural makeup.

Distinct and significant as these communities are, they are also in danger of being marginalized or lost. With this in mind, one key issue identified as being a catalysts for the dialogues project was that it can be very difficult for new immigrants to learn about First Nations culture.  This is due to the lack of information readily available, as well as difficulty accessing what already exists. As a result, many new immigrants have very little knowledge of First Nations cultural heritage and its importance to the history of the city, province and country as a whole.

The Dialogues project was set up as a way to bring communities together to share and learn from each other, create understanding and strengthen community relations between different groups. This was done using dialogue circles, community research, cultural exchange visits, youth and elder programs as well as legacy projects.  Of these, the most important part was the dialogue circles which had representative members of different communities prepare and participate in respectful sharing and dialogue.  These helped identify areas that were of particular concern and interest to each community and led to meaningful cultural exchanges.

The idea for the Vancouver Dialogues Project began around 2004 in the City of Vancouver’s Social Planning department.  It had become apparent that the city was not a full-scale collaborator with First Nations.  There were existing services for collaboration but they were few and far between.  More needed to be done.

In 2009, the project received provincial funding and the project was able to begin.  According to Project Leader Baldwin Wong, it is the first project of its kind to be undertaken.  Different initiatives have been undertaken before, but not to this scale and level of comprehensiveness. It was decided that the project would focus at a very local level to fully engage the individuals who could take part in it, with the hopes that participants would then teach others what they learned.  The localized focus contributed largely to the project’s success and Governor General Adrianne Clarkson even came out to participate.

The dialogue circles themselves were modeled after traditional First Nations gatherings which stress face-to-face interaction.  Each circle had 15 participants that representing different communities.  The circles were advertised but participants had to apply to take part in the program.  Space, time and resources were limited so candidates were specifically selected to make the most of the time and open up meaningful dialogues.  Participants had to prepare for each dialogue session and maintain a respectful open outlook.  Stories and experiences were shared, some were painful, but all were honest.

The outcomes were ideas on different cultural exchanges that could occur and sharing that could happen between communities.  One exchange occurred between First Nation and Mayan communities.  Though the Mayan participants were actually immigrants to Canada they found that they shared a similar history to the First Nations.  They are both identified as aboriginal peoples that had been marginalized and subject to racism by incoming populations. An open invitation was extended between the groups to share community centres and events in the future.

The Dialogues Project is very powerful initiative in Vancouver, given the wealth of cultural diversity that exists.  However, this did present a challenge to the Dialogue team when designing the project because there simply were not enough resources to encompass all groups.  Thus, it was decided to focus on three groups — First Nations, urban Aboriginals and new immigrants.  First Nations were chosen due to being the Coast Salish peoples that claim the area as their ancestral homeland while urban Aboriginals were designated as First Nations people from other parts of Canada and new immigrants were people who were not born in Canada or had immigrated within the last 5-10 years.

The distinction between First Nations and urban Aboriginal is important because urban Aboriginals from elsewhere in Canada bring their own customs and cultures with them. Ones that are different that those of the Coast Salish people. It further highlights the diversity that exists in Vancouver.

Youth engagement and connecting with elders was also a big piece of the Dialogues project.  It was recognized early that the youth are going to be the key to this project moving forward into the future.  Many activities took place during the project and additional funding has been obtained to continue this aspect of the program.  In early 2012, the city is going to launch a social media platform targeted towards youth dialogue and community building.  A city wide youth forum is also planned.  See the City of Vancouver’s website for further information on these two projects.

The original Vancouver Dialogues Project was slated for 18 month duration, but due to its success and positive reception it will be operating and building on what has been learned for another year — and possibly more.  The legacy component of the Dialogues project includes a community garden on a Musqueam midden site in the Marpole area, as well as a story gathering project driven by youth in the Grandview-Woodlands neighbourhood.

With its overwhelming success, it is clear that the Vancouver Dialogues Project is an important first step in repairing and creating relations between different cultural groups within the city.  Vancouver is extremely diverse and only through open dialogue can we expect to learn and share with each other to create a healthier community at large.

A heartfelt thank you to Baldwin Wong, Project Lead for taking the time to share his knowledge and vision of the project. If you would like to know more about the Dialogues project please visit the project website at:

Andrew Cuthbert is a geomatics technician working in environmental consulting. As an urban planning enthusiast he hopes to pursue graduate to school in the near future. Andrew is also a 365 day per year cyclist.