Can you guess where this is by the evidence? 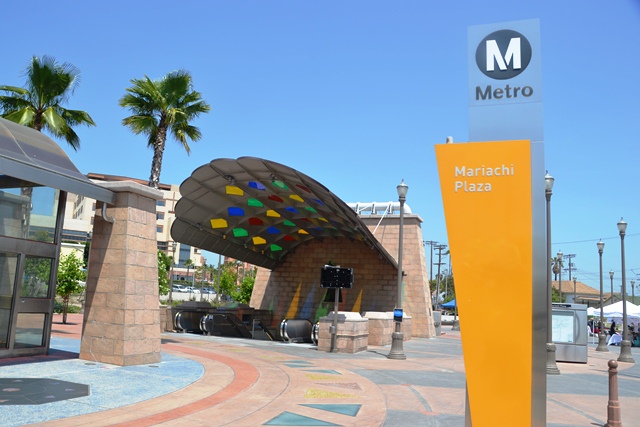 Looks like a rapid-transit station – but where?  Palm trees suggest it’s somewhere semi-tropical – but somehow not Spanish.  Yet it’s named “Mariachi Plaza.”  What’s that about?

If you are a Los Angeleno, you might know that it’s along the Gold Line – part of the expanding light-rail system that heads east out of Union Station.  Points if you identified the Boyle Heights neighbourhood.  (Map here.) 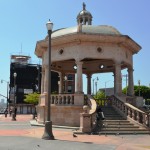 The station has only been open for just over a year – but the plaza has long been a centre for Hispanic music in Los Angeles, home to the annual Mariachi Festival.  There’s even a gazebo (right, click to enlarge), donated by the Mexican State of Jalisco, the birthplace of Mariachi music.

But this plaza also fills an economic need.  Require some Mariachi music for a party or festival?  This is where you come, where the musicians are waiting curb-side for an offer, rather like day-labourers elsewhere in the city. 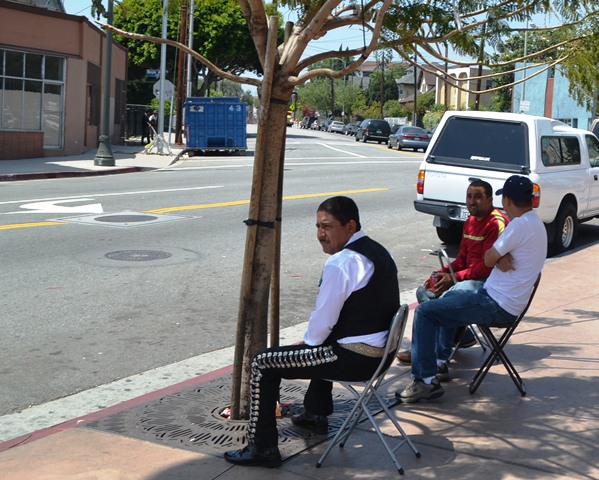 And that’s only a part of what is happening in this beautifully sized urban space.  Elsewhere under umbrellas, seated in movable chairs around small tables, are clusters of men convivially sharing the space around a statue of  Lucha Reyes, a famous Mexican mariachi singer.  They make the plaza welcoming merely by their presence, as they monitor the flow of activity – to the Metro line, to the shop behind them selling ice cream and smoothies, to the private lending library where you can borrow or buy a book, or past the murals which cover the walls and reflect the culture of a neighbourhood in revival. 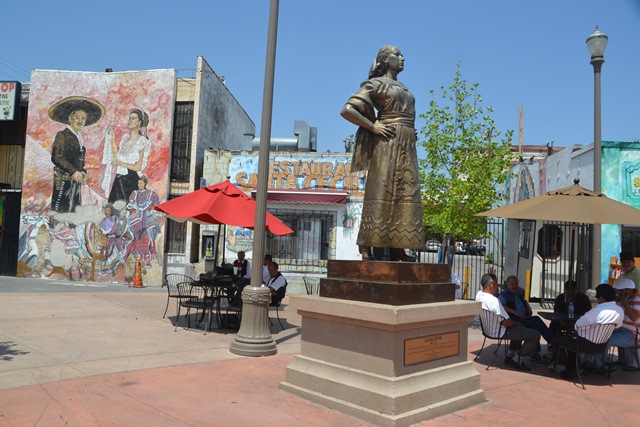 Boyle Heights has over the last century been one of the most diverse neighbourhoods in the U.S. – a gateway for immigrants into Los Angeles who were often prevented by restrictive covenants from settling in other parts of the city. Bounded by rail yards and industrial activity along the Los Angeles River, cut through by freeways, home to large public-housing projects – and then gangs and refugees – the neighbourhood has had a tough time.

But with the Gold Line, a new school, workforce housing, better services and a redesigned Mariachi Plaza – the best new public space I saw on a study tour of L.A. – things are looking brighter for Boyle Heights. 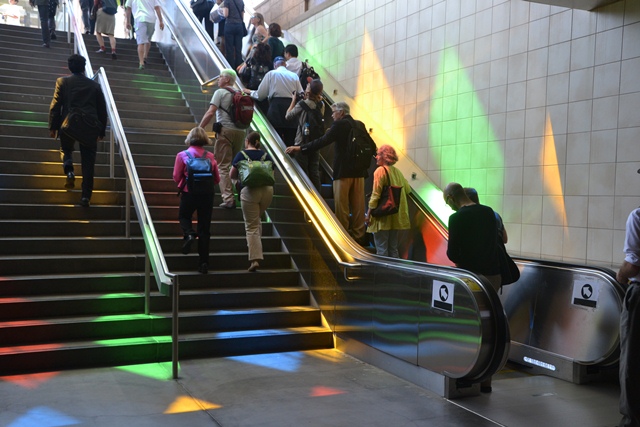