Last February, just before I left for a study tour of L.A., I posted this image and asked: What is it about that shot, taken in the early 1930s, that is so curiously contemporary? 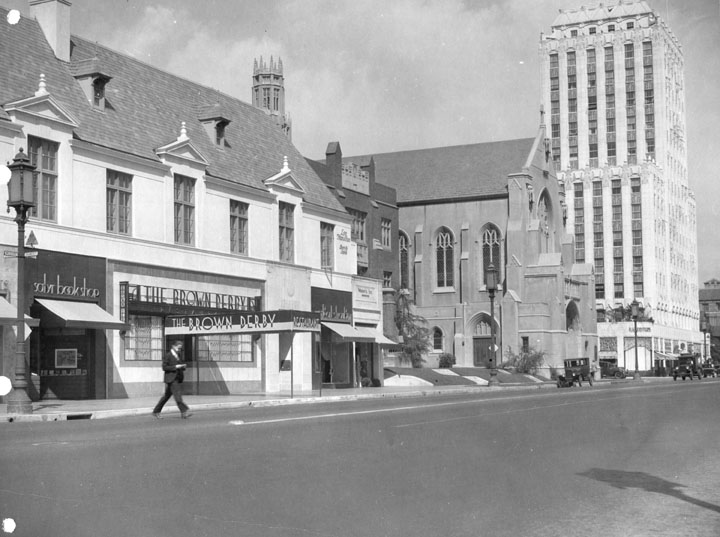 Within minutes of the posting, Ken Ohrn responded:  “a guy with head down, stepping into the street — looking for all the world like he’s on his smartphone.”

Exactly right, Ken – the chap is probably reading a book he just purchased at the store next to the orginal Brown Derby restaurant.

As it happened, our study tour walked right by this block, not far from the Wilshire-Vermont Metro stop (map here) in what is now part of Little Korea.  This is what that stretch of Wilshire looks like today: 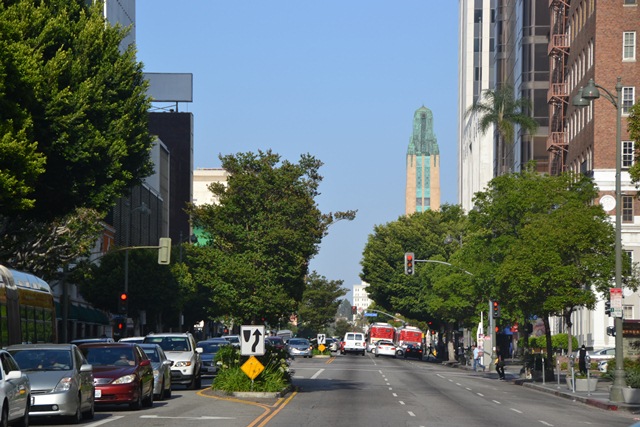 More trees – and way more traffic.  No mid-block jaywalkers idling their way across Wilshire Boulevard – nor, with very few exceptions, anywhere else in Los Angeles.  Like, for instance, here: 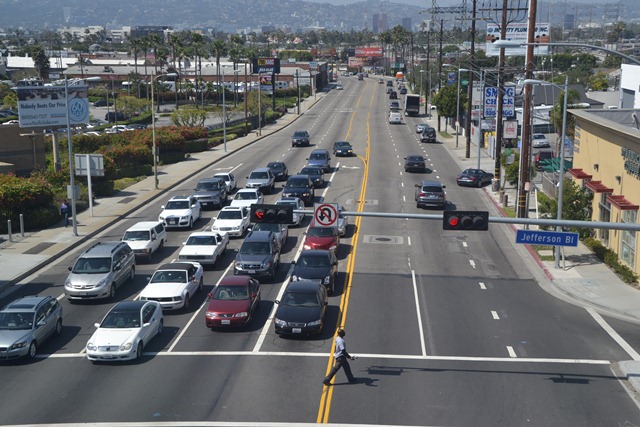 This is La Cienega Boulevard, looking north at Jefferson from the platform of a newly opened Expo-line light-rail station (map here).  The pedestrian, you notice, is obediently sticking to the crosswalk as the traffic piles up.

And this, like Wilshire above, illustrates the main problem, and challenge, for L.A.  It was not so much the freeways that ruined this metropolis; it was the transformation of the boulevards into stroads: what Charles Marohn defined as the hybrid that combines the fast moving traffic of a road with the intersections and complexity of a street.

Thanks to the Major Traffic Street Plan of 1924 and a half-century of street widening – adding lanes, narrowing sidewalks, speeding up the traffic – Los Angeles failed to enhance the commercial villages that could have so well served the mosaic of neighbourhoods that define the city today.  (The separately incorporated cities – Santa Monica, West Hollywood, Beverly Hills – actually have made the effort.)

Instead of just the freeways carrying the bulk of cross-regional traffic, Los Angeles engineers tried to turn their boulevards into highways too, creating endless miles of commercial strips – ugly, cheap, lost opportunities, especially given the values of the real estate that surrounds them. 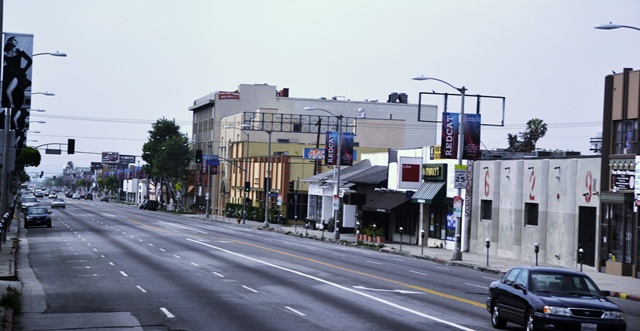 And that’s what’s beginning to change, and why a good part of Los Angeles – the sections originally served by the red and yellow cars of the streetcar system – is on the verge of transformation.  (Christopher Hawthorne, the L.A. Times architecure critic, has even started a series on the boulevards, beginning with one you’ve probably never heard of – Atlantic. )

Indeed, because of changes well underway, L.A. may seem like a very different city in a decade or so – one in which, when you visit, you may not need or want to rent a car.  We’ll explain why next week.