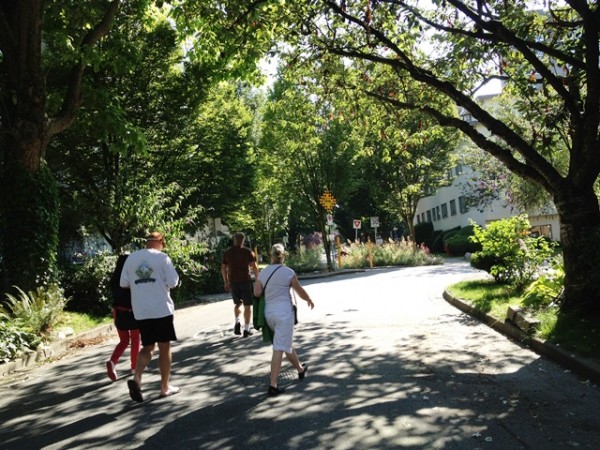 My choice of nicest corner in the residential West End is at Haro and Cardero.

Sure, ‘niceness’ is subjective.   But there are some objective reasons.

The Haro and Cardero corner (map here) is just a block from the intensity of Robson – and yet people feel comfortable walking down the centre of the street.   That’s the effect of traffic calming*: those breaks in the grid where diverters, miniparks and roundabouts have not only discouraged through traffic but also offered small opportunities for planting.  And the result is an extraordinary lushness.

Here’s the Streetview of the same place in spring: 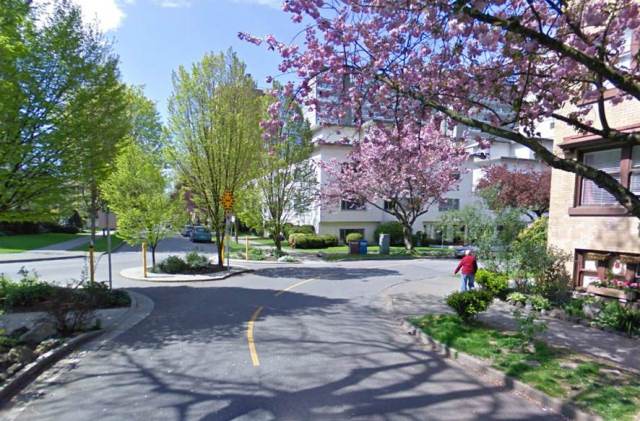 Then there’s the scale – a consequence of the West End being surveyed and laid out on the chain. The distance from property line to property line is 66 feet, and within that width are fitted a street of two travel lanes for slow-moving cars plus a row of parking, edged by boulevards sufficient for large trees and abundant landscaping, with more room for two sidewalks and setbacks filled with grass and shrubs before the walls, fences and gardens of the adjacent properties.

The sidewalks themselves are like extended rooms: cement floors, two green walls with wooden pillars, flowery wainscotting and arched roofs: 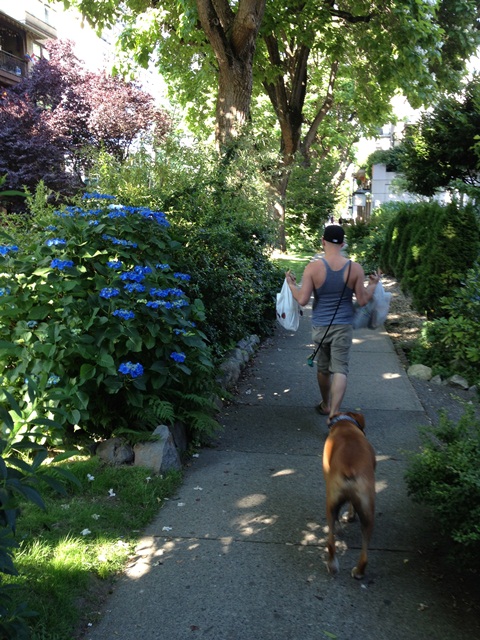 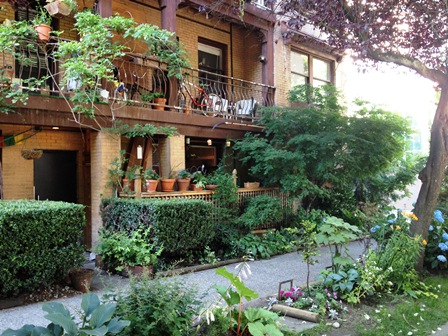 on the northwest corner, a brick apartment building from the 1920s – double-hung windows and cluttered balconies big enough for barbeques and close enough for conversation.  On the northeast, four surviving houses, comfortably maintained without being overly precious.

On the southwest and -east corners, non-descript boxes from the ’50s and ’60s making the mistakes of their times: bland design, 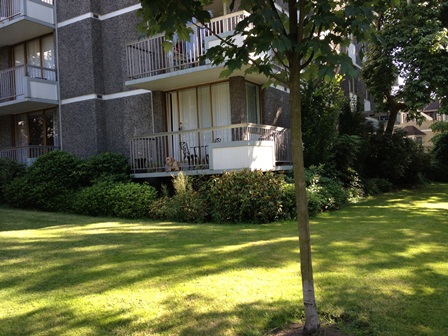 minimal landscaping, paved-over parking off the lanes.  And yet the dog on the balcony probably thinks it’s just fine, thank you very much.

Just goes to show that good urban design can trump bad architecture, especially when the street is part of a much greater whole – a bike route, a pedestrian corridor to shops and transit, a bucolic urban space, crafted out of nature, asphalt and concrete. 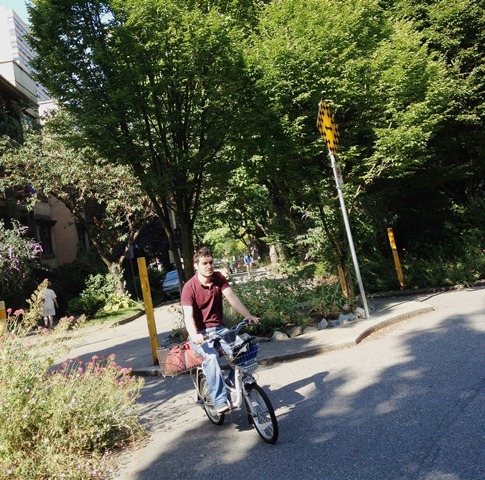 * Around 1973, the blocks West of Denman were the location for the first permanent traffic calming on the west coast (Berkeley, CA was also trying out something similar as a trial).  In 1981, the system, after much controversy, was extended East of Denman (not as a scheme to discourage street prostitution but as part of a Local Improvement Project, voted on and partly paid for by property taxpayers – a cost that has paid for itself countless times over.)