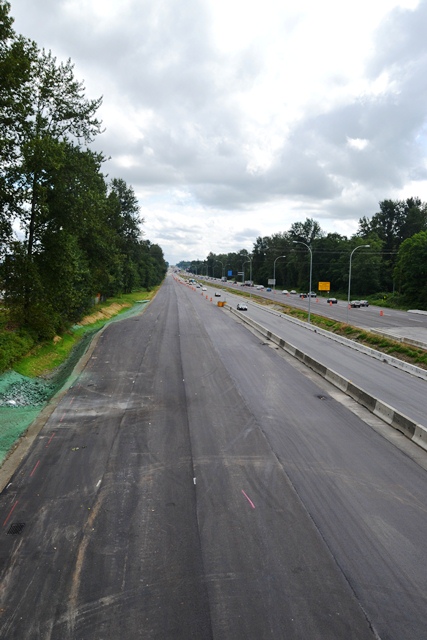 What happens when the pylons come down on Highway 1 where, as part of the $3 billion Gateway Project, there’s suddenly all this new free road space? 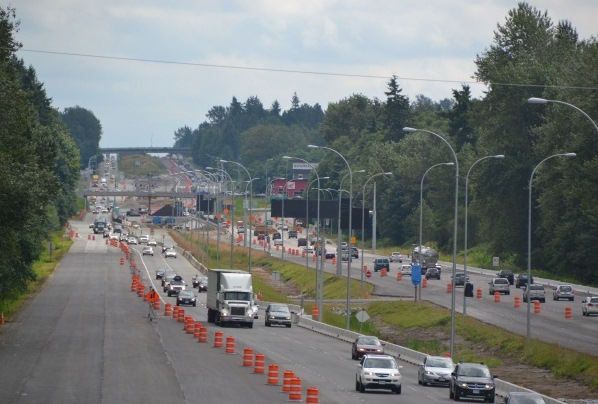 My guess: the mental geography of the Fraser Valley changes.  With much less congestion on Highway 1, people will start to use it to get quickly between the interchanges from 200th Street to 152nd.

The Guildford Shopping Centre, not a kilometre away from Highway 1 is expanding to accommodate the rush. 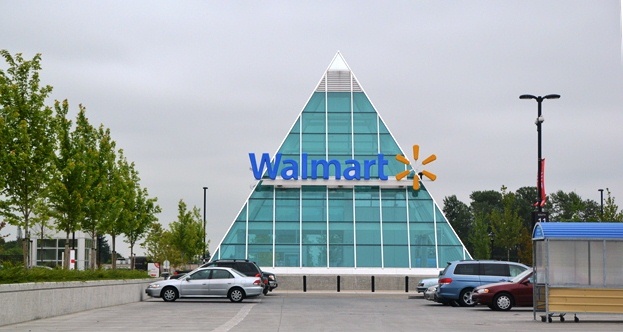 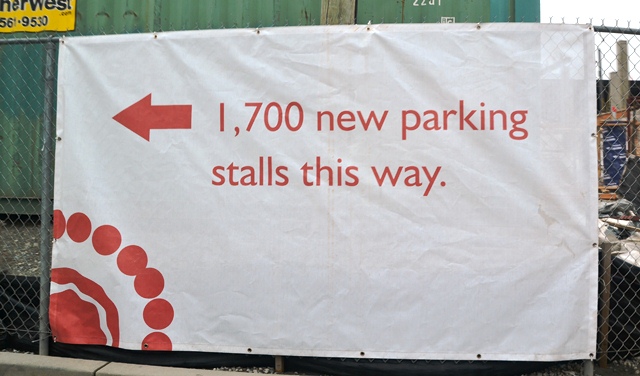 The dilemma for Surrey is that the cars may not stop at 152nd and 104th; they may continue onto the Surrey grid – which is where the real problems with congestion occur. 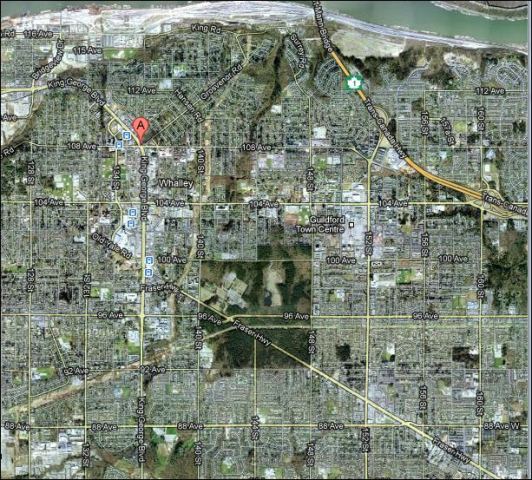 North Surrey auto grid: the yellow lines representing the arterial roads are spaced a mile apart, with the occasional break or angular highway.  Their intersections are weak points.

Example: 88th Avenue and King George Boulevard is already one of the worst in the province.  What happens to intersections like 108th and King George (below, map here) when drivers divert to the Pattullo Bridge to avoid the tolls? 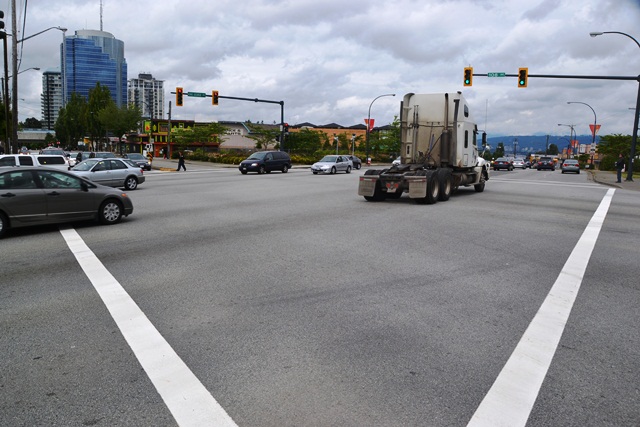 108th Avenue and King George Boulvard, on the way to Pattullo Bridge.

The problem is that there’s no other choice for drivers.  If, for instance, they were able to park at Guildford and then take transit to Surrey City Centre on the light rail line proposed for 104th Avenue, easlily connecting to SkyTrain and other rapid-transit or BRT lines down King George and the Fraser Highway, then they could realistically consider making another choice and avoid the arterial grid.  But there’s no realistic choice to make – and there’s not likely to be for years to come.

So, billions of dollars later, they remain auto captive and still caught in congestion.  Just not on the Port Mann Bridge and Highway 1.