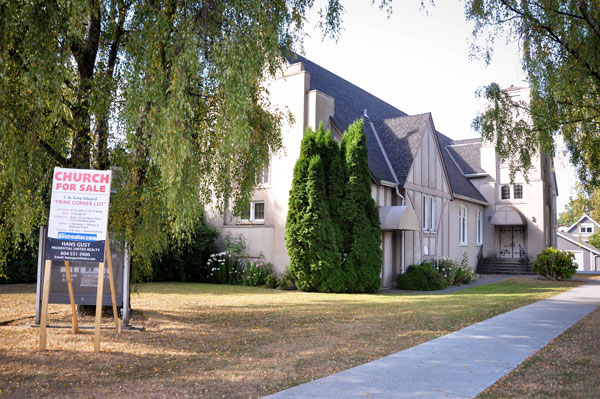 Residents of the Little Mountain neighbourhood and swimmers on their way to a dip in the Hillcrest Pool might be surprised to see a “for sale” sign in front of the Augustana Lutheran Church at King Edward Ave and Ontario Street. Its cry of “PRIME CORNER LOT” intersects unfamiliarly with the weathered ecclesiastical building behind the sign. It’s a sight to make you wonder: what might become of that church and other disused religious buildings like it in Vancouver neighbourhoods?

Certainly, the building could be purchased by another religious body, and may continue to function as a church for generations to come.

Conversely, it could be torn down and replaced with housing. Like many neighbourhood-serving religious buildings, Augustana Lutheran is located in a residential zone where churches are permitted as a conditional use. 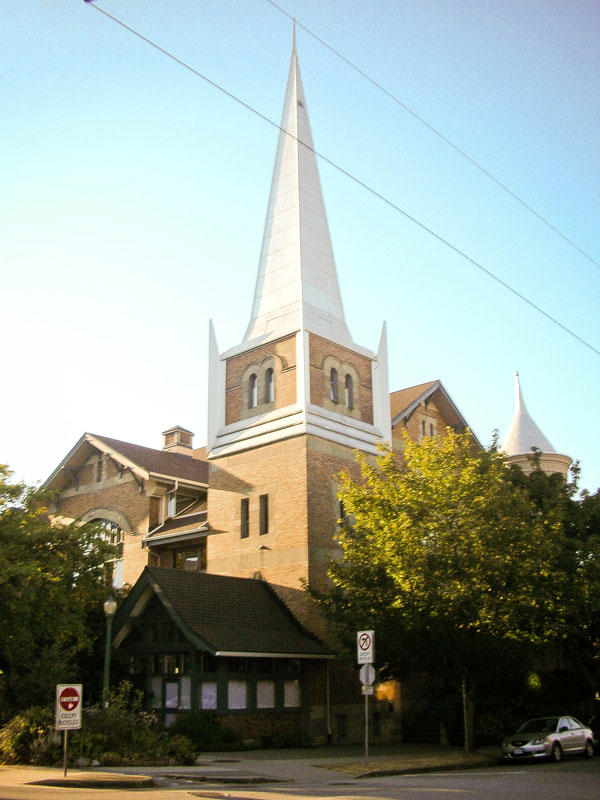 A third, less straightforward, possibility involves some kind of adaptive reuse. This would be conversion to a new use while preserving some aspects of the building, including architectural elements. Vancouver is already home to several creative church conversions that offer food for thought.

The former Mount Pleasant Presbyterian Church offers an impressive example of retention of a religious building’s exterior. Built in 1909, the Romanesque Revival church building was vacated in 1989, becoming a theatre and performing arts venue before undergoing a substantial interior redesign to become multi-family housing.

Perhaps more relevant to Vancouver’s humbler neighbourhood-serving religious buildings, both exterior and interior architectural elements were retained when a simple heritage church on Fraser Street was transformed into an artist live-work space in 2007. Heritage Vancouver calls this conversion inspirational since the live-work use allowed the retention of not only the Vernacular Gothic Revival exterior, but also the interior sanctuary hall. 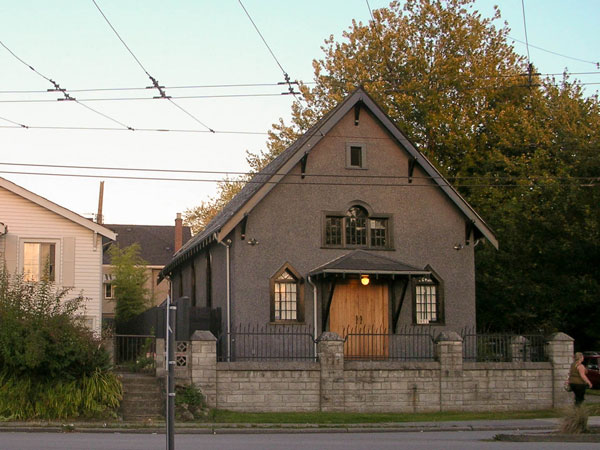 In the two examples above, adaptive reuse has successfully preserved architectural elements of a heritage religious building. It is another matter altogether to retain the role that many religious buildings play in their communities by providing a habitat for community functions and a community third place. For example, one church in my neighbourhood regularly hosts craft fairs, polling stations, and strata meetings for surrounding condominium complexes with insufficient common meeting space of their own. Another church hosts popular and affordable community dinners and offers reasonably priced rental space to non-profits. No matter how artful a residential conversion, privately held housing is ill-equipped to extend, much less to enhance these kinds of community functions.

In this light, Vancouver’s most inspirational adaptive reuse of a formerly neighbourhood-serving religious building may be St. James Community Square at West 10th Avenue and Trutch Street, in Kitsilano. Its conversion from the St James United Church was made possible by very strong community commitment to the space, which is now operated by the non-profit St. James Community Square Society. Anyone who has attended concerts, daycare, boy scout meetings, youth orchestra rehearsals, theatrical productions, AA meetings, or gymnastics lessons in the building over the years can attest to its high value for the community. 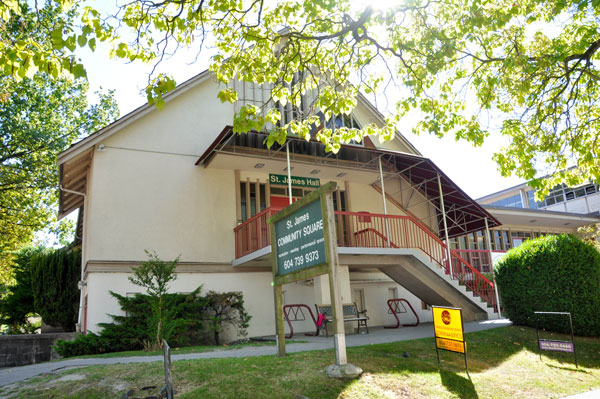 In 1946, the year the Augustana Lutheran Church was built, about 67% of adult Canadians attended religious services on a weekly basis. In 2005, that figure had dropped to 21%. Of all the provinces, British Columbians are the least likely to attend religious services or to have a religious affiliation.

The reality is that we live in an increasingly secular city with high land values. Adaptive reuse of church buildings through conversion to other uses has been successful in preserving some historic architecture and neighbourhood landmarks. While neighbourhood religious buildings also have the potential to offer space for community activities, preservation of this role following a conversion is a tall order indeed, requiring passion, advocacy and commitment from the community itself.