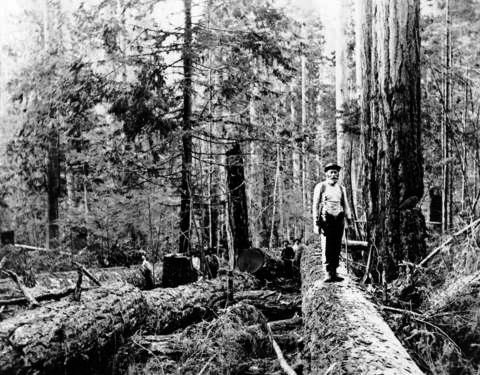 The west coast once supported some of the largest trees in the world including Douglas fir, cedar, hemlock, pine, spruce, maple and yew. Some of those trees were over 1,000 years old and almost 100 metres (325ft) tall. When Colonials first arrived on the west coast, they saw huge potential in all of that untouched lumber, setting up housing and milling operations that would become Vancouver and its first industry. 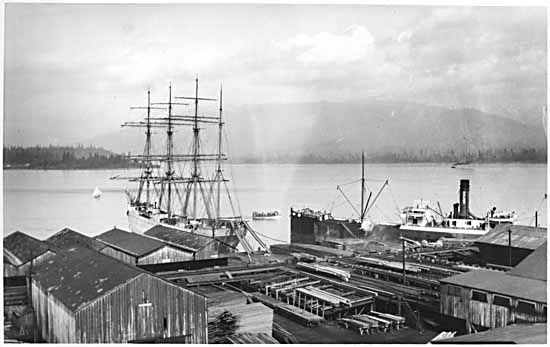 The first lumber mills on Burrard Inlet were on the North Vancouver side, but Vancouver’s first mill was Hastings Mill, opened in 1865 at the foot of Dunlevy Street set up by Captain Edward Stamp next to an established First Nations settlement, Ee’yullmough. The success of the mill led to many other of Vancouver’s firsts including the first saloon, Gassy Jack’s Globe Saloon. 1865 was also the year that lumber surpassed the area’s previous major economic source, gold mining.

Hastings Mill provided bunks with board for single workers, and lumber to build homes for those with families. This created company “towns” in the surrounding areas with names such as Brigham Terrace, the Rookeries, Frenchtown, Kanaka Row, Knob Hill and Maiden Lane. The mills continued to draw new workers and by the 1880s the frontier logging village known as Granville became the emerging city of Vancouver. Pre-1900 Vancouver was a boomtown of over 10,000 workers that boasted electricity, telephones, sidewalks, piped water, parks and even an opera house. Even as canning emerged as a major industry in the late 1880s, lumber was still a major export as the high quality wood was highly desirable. BC lumber was even shipped to China for use in the Imperial Palace. 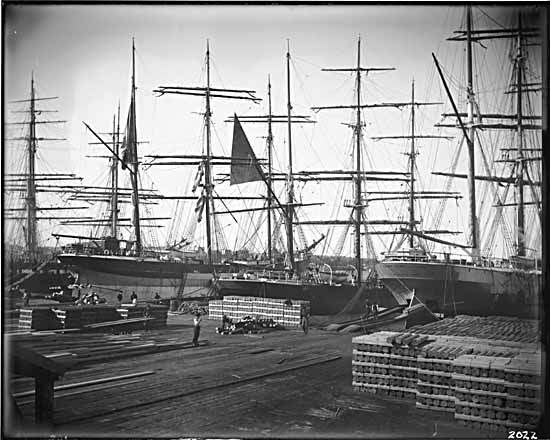 In the 1890s, as surrounding land became more deforested, steam tugs carted northern supplies of lumber down the coast to the area’s mills, prolonging the run of the industry. However, by the 1900s logging was winding down. Vancouver was growing as an urban centre with a developing streetcar network, the Canadian Pacific Railway firmly established as a major employer and the predominant developer, with several areas sited as the next up and coming neighbourhood including Grandview, Kitsilano and Shaughnessy Heights. Shaughnessy would win out as the favoured affluent neighbourhood after an influx of CPR money, and False Creek would become the new industrial centre where sawmills and shingle mills still operated, but steel and canning were quickly growing. The area around Hastings Mill would remain a mainly blue collar neighbourhood, but become heavily residential as the city was no longer centered in what is now Gastown. 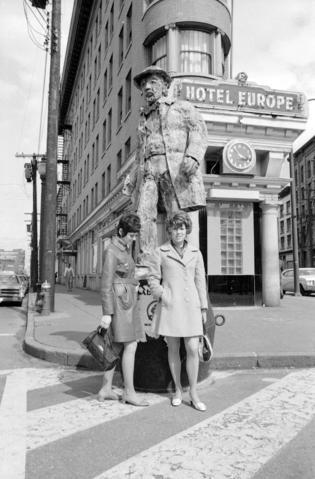 There is still plenty of evidence of Vancouver’s abundant lumber found in homes throughout Vancouver. In the Hastings-Sunrise area early homes still exhibit extensive use of lumber in flooring, paneling, coving and cabinetry, large rugs were only seen in houses of a higher status. The wood found in these early homes is unsurpassed in quality, as the trees produced finely grained, unknotted, straight boards without parallel in modern supply. 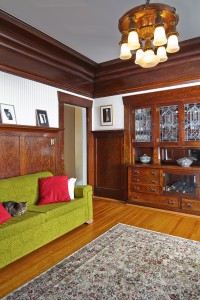 Come see some of this amazing early lumber use on the 2014 Heritage House Tour. VHF is featuring several homes that showcase first growth lumber, including one in Hastings-Sunrise built by a lumber foreman (pictured above).