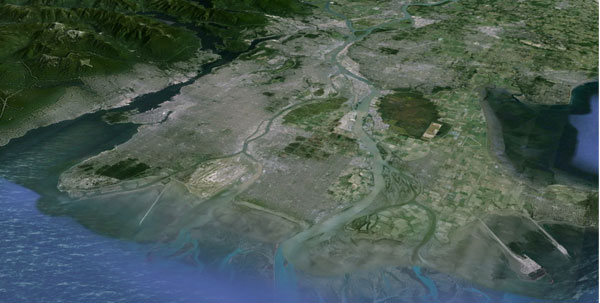 [EDITOR’S NOTE: We are please to offer our readers the third part of George Poulos’  in-depth series focusing on the Comprehensive Costs of Transportation and Metro Vancouver. If you missed past articles, you can read them here:  Introduction, Part 1 – Costs and Benefits of Transportation in Vancouver (Part 1), and Investing in Transit is Imperative for Metro Vancouver (Part 2).]

It would be safe to say that active transportation has begun to increasingly garner significant attention from many of the regions municipalities, health authorities, and TransLink. It is also fast becoming somewhat of a polarizing topic – with advocates touting its benefits to health, the environment, and livability standards, and detractors criticizing impacts to traffic, questioning the appropriate use of public space, and citing concerns for general social harmony among all users in shared spaces.

No matter how you feel about the issue, one thing is clear – that among other transportation and land-use priorities, many of the regions municipalities have long-term plans to intensify their focus on active transportation. In particular, the City of Vancouver has distinguished itself by taking the early lead in establishing a strong foothold for active travel (in 2011, approximately 22 percent of all trips where undertaken by active modes), and it is here again that we can make an appropriate case study for the region at large.

Indeed, according to the TransLink 2011 Trip Diary Survey, active modes constituted the fastest growing modes of transportation in the city. The rapid growth in active modes is in many ways indicative of a strong latent demand, and City authorities have responded by not only trying to satisfy existing demand, but also by making efforts to increase active mode shares among potential users. Naturally, this has necessitated a greater investment in infrastructure, facilities, and dedication of space.

A reasonable question can be asked as to how much spending and space should be allocated to satisfy demand for active modes, and if it is worth the investment? I would seek to approach this discussion by the numbers – on the basis of technical considerations that can be expressed using the unit costs illustrated in Table 1.0.

Even a cursory review of these unit costs, and the aggregated sums illustrated in Table 2.0 would indicate that both walking and cycling impart tremendous benefits to both the individual user and to society. The sources of these benefits are mostly linked to improved health, which can be monetized according to a number of different factors – I have considered savings to the health care system (through reduced spending on diseases associated with physical inactivity), productivity gains (from reduced illness, etc.) and extended life benefits (through reduced all purpose mortality).

All things considered, in the City of Vancouver in 2011, walking and cycling delivered savings to society of approximately $66 million, while at the same time adding approximately 3000 collective years of life to individuals (an internal benefit valued at approximately $147 million). To contextualize this level of savings, consider that it is estimated that physical inactivity costs the Province of BC approximately $590 million each year.

This means that without the level of physical activity derived from active transportation in the City of Vancouver alone (corrected of course for existing levels of population physical activity), Provincial health costs to this effect would have risen by approximately 10%. When stacking up those levels of yearly savings against the level of current investment in walking and cycling, it no doubt demonstrates that active transportation punches way above its weight.

Impressive as these results are, they still only form part of the overall benefits of active transportation. The health benefits described can be considered to be direct benefits – that is, the benefit that is derived from the very act of partaking in this activity. However, active transportation trips also have the tremendous potential to achieve “indirect benefits”, which can be considered ancillary to the activity. In much the same the same way as the benefits of transit in Vancouver were calculated through averted costs, the same calculation can be made for active transportation. After all, a biking or a pedestrian trip could represent one less car off the road, or one less passenger on a crowded bus.

Although it would be incorrect to suppose that each active transportation trip acts as a substitute for a trip of another mode (a recreational trip or a short walk to the store would likely never be undertaken by other modes), a redistribution of “new” trips can be made between two different points in time, according to changes in modal growth rates and mode shares. Such a comparison can be made by examining these figures as reported in the Translink Trip Diary Survey for the City of Vancouver in the years 2008 and 2011.

Based upon the growth in active transportation trips between these years, total societal savings can be made on the basis of direct health benefits, as well as savings resulting from averted costs. These are illustrated in Table 3.0 below. As can be seen, the raw increase in walking and biking trips between 2008 and 2011 has resulted in direct societal savings of approximately $8.3 million. However, when secondary savings from averted costs are figured in, these savings total between approximately $18.7 and $25.6 million. Therefore, as impressive as the direct yearly savings from active transportation trips are, they are likely much higher owing to the fact that a fraction of those trips likely avert external costs of less economical modes.

Taken together, these results represent aggregate benefits derived from all active trips, across all purposes. These include for example, the morning commutes on foot, bike trips on painted cycle lanes, recreational trips on off-street trails, or those trips across the downtown separated bike lanes. Of course, the strong and upwards trending active mode shares in the City of Vancouver owes its existence to a confluence of events – density and mixed land uses along major centres of population and employment, a geography and scenery most suited to outdoor activity, and the provision of supporting infrastructure, amenities and space to the effect of making these modes convenient, desirable, and safe.

Out of all of these considerations, it is the last that forms the only major point of contention – after all, it is very hard to complain about someone merely walking to work or enjoying a bike ride along an off-road trail. At the same time, such interventions represent one of the few mechanisms that municipals councils can exercise to influence the utility of active modes.

It is also true that implementing such facilities becomes more complex as the order or service increases (off street-to-on street-to-separated). More consideration and data certainly needs to be gathered to assess tradeoffs and benefits under each circumstance (see A New Tool for Cost-Benefit Analysis of Transportation Projects – Part 5). Regardless, these difficulties do not change the reality of the following observations:

Coupled with strong and growing demand, not just in Vancouver but across the region, it should come as no surprise that active transportation is being pursued with such vigor by many of the regions municipalities. Indeed, the health benefits calculated above for the City of Vancouver provide more than a compelling reason for municipalities to explore ways to increase active mode shares. Of course, this can take on different forms to suit circumstances and goals. However, in pursuit of active mode share objectives, municipalities can be expected to implement the solutions and potentially the facilities that will enable these most beneficial outcomes to health, sustainability, and the overall management of trip growth. This will likely include strong consideration for higher order facilities such as cycle lanes, exclusive spaces, and the like.

While that has been difficult for some to accept in the past, it should not be said that these decisions are made without good cause or sound basis. Quite the contrary, if overseen diligently, investments in active transportation represent an incredible “bang for the buck” outcome and round out effective measures to manage transportation demand.

Join us Wednesday, when we look at the math behind road pricing…..

George Poulos, EIT, MSCP is a transportation engineer-in-training as well as a recent Masters graduate of the School of Regional and Community Planning (SCARP) at UBC. He has previously worked for consulting engineers on a variety of transportation and municipal projects.  Originally from Ontario, he currently lives in Vancouver.