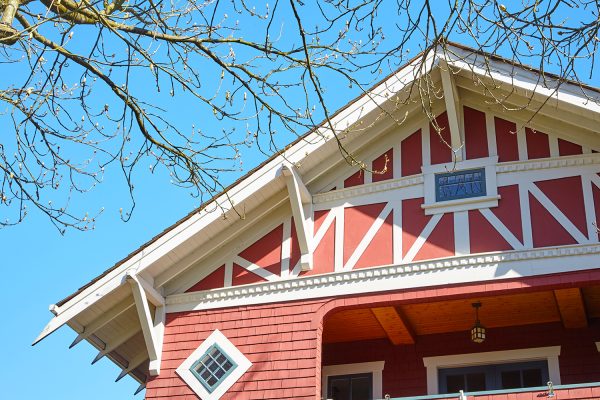 Almost as ubiquitous in our city as the Vancouver Special, Craftsman-style homes pop up in neighbourhoods of all age and demographics, from small family houses to larger estates. Whether true to architectural origins or merely borrowing elements from the style, Vancouver’s “Craftsmans” are dotted all over the city.

Craftsman is an “architecture of abundance”, of oversized beams and posts and deep eaves, of structural decoration sticking out from every intersection, of exposed rafter tails, carved fascia boards, and the distinctive knee brackets attached to the walls that “support” the fascia boards. It is also an architecture of texture: shingles, rough clinker bricks or granite for chimneys and porch piers, squared columns rather than smoothly finished turned ones. In some houses, half-timbering in a gable is contrasted with roughcast stucco. Craftsman houses often feature lavish interiors, with pocket doors, colonnades and built-in cabinetry.

The contrast with the Vancouver Special, which has smooth surfaces, low-pitched roofs, narrow eaves and minimal detail, reflects the differences in the periods when they were built. Vancouver Specials, such as the one pictured below, were built to enclose the maximum amount of space as inexpensively as possible. The original Craftsman houses were a lavish display of style and taste in a prosperous era that ended with a thud at the outset of the First World War more than a century ago. 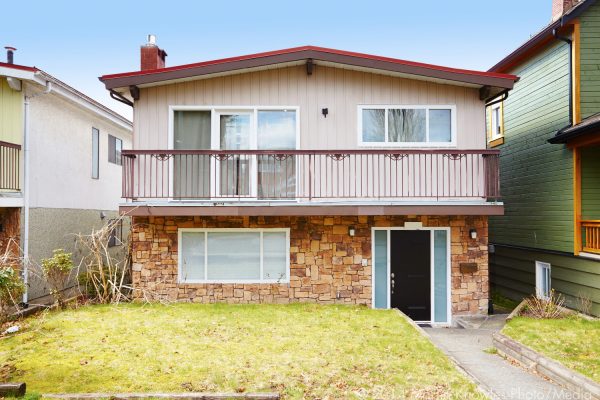 There are two classic Craftsman house types. One is a front-gabled bungalow with a low-pitched roof that extends over an integral porch. The well-known row of these “California Bungalows” on 5th Avenue west of Bayswater, all built around 1920, are this type. Other variations of Craftsman bungalows include the side-gabled one with a prominent, asymmetrical porch bay such as the one pictured below. 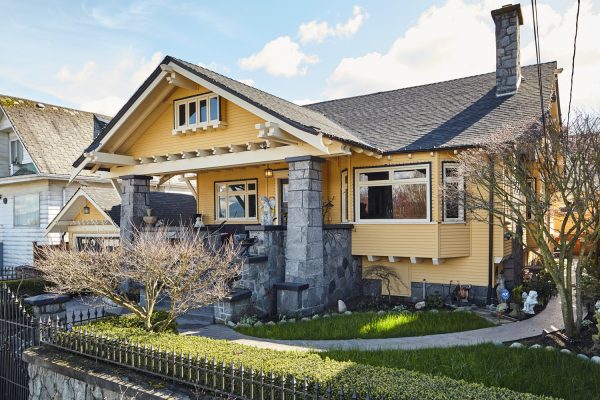 The second is a hulking, side-gabled “Swiss Cottage” with a very prominent roof that often has a gabled dormer above the integral porch. The house pictured below is an excellent example. 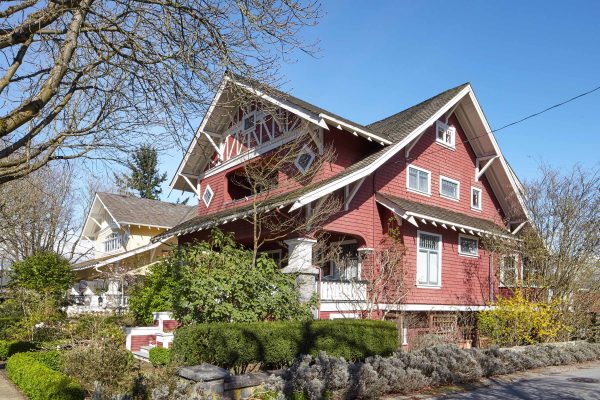 A third type, distinctive to Vancouver’s narrow lots, adds Craftsman decorative features onto a front-gabled boxy structure with an attached front porch. It is an updating of the old Gabled Vernacular style, which had begun to look dated by 1910. The house below looks like a Craftsman because of its brackets although it doesn’t tick the other boxes of the style. Other homes make use of knee brackets and exposed rafter tails, but have different roof shapes, such as hipped roofs, or use arches to support an integral porch in a way more reminiscent of the Arts & Crafts style. The “Vancouver Craftsman” is, like much of the city’s housing, something of a hybrid. 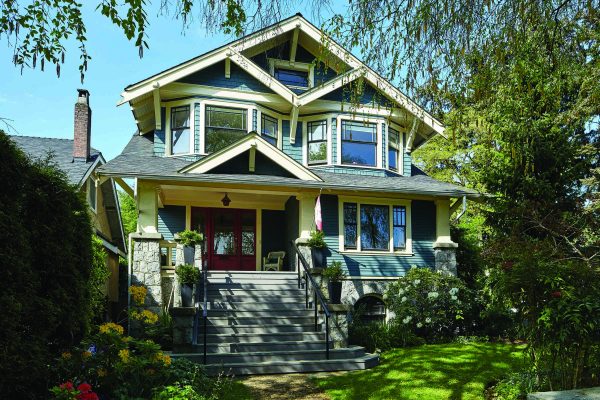 As many homes borrow from architectural styles, rather than remaining steadfast to one, it can become very complex to sort out which house is which style. If you are interested in learning more about Vancouver’s architecture, you can visit VHF’s web tool, Vancouver House Styles with details about many of the common architectural styles found in Vancouver.

All of the Craftsman homes pictured in this article, along with several other homes of varying style, will be open during the 2016 Heritage House Tour. We invite you to join us and experience firsthand the many ways Craftsman architecture can be expressed.