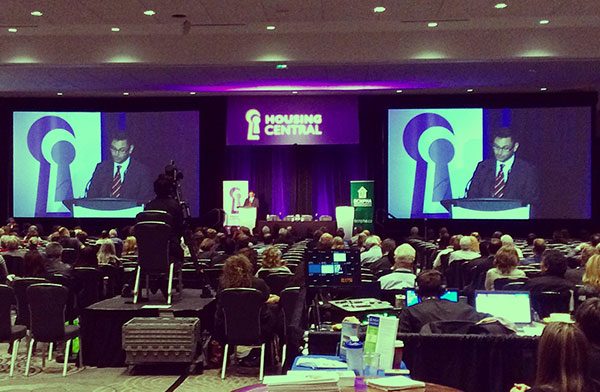 On Nov 21 to 23, the Housing Central Conference—the biggest affordable housing conference in western Canada—took place at the Sheraton Hotel in Richmond.

The event provided one of the best opportunities for non-profits, researchers and anyone involved with affordable housing to engage and learn about current trends and solutions in affordable housing developments in the province. During the three-day-conference, guests were invited to take part in over 100 hourly sessions that dealt with key topics such as Funding, Design, Diversity and Inclusive Housing. The following piece summarizes the key aspects of the event:

This year, the federal government announced the news to invest an additional $150 million over the next two years to help build affordable housing for British Columbians. This was a welcoming change to the decades of lack of involvement in funding affordable housing.

BC Housing, British Columbia’s Crown Corporation that provides assistance to renters and funds affordable housing projects in partnership with developers and nonprofits, announced that it is going to invest $500 million to increase the Province’s supply of affordable rental housing, over the next years. This will fund 3,214 units that are currently under construction for 2016 and 2017, as well as another 3,243 by 2018/2019.

Some of the criteria for non-profits to get funding through the crown corporation include housing developments that are financially and environmentally sustainable, as well as housing projects where there is a demonstrated need for funding. Furthermore, non-profits are encouraged to get as many sources of funding as possible to make the project most feasible. This can happen, for example, through partnerships with private developers or if the non-profit organizations already have land secured.

Aside from the traditional low- to middle-income groups that are typically funded for projects, BC Housing announced Student Housing as a new target group for funding. This is particularly welcoming news, since student dorms and housing projects in Canada are developed by the Universities and not subsidized by the government.

BC Housing has no specific projects yet, but plans to partner with universities such as University of Victoria and Simon Fraser University in the future. Its proposed funding for student housing will facilitate affordable housing for millennials, who are increasingly facing financial insecurity due to a fragile job market.

Consequently, millennials are also part of research focus of Nathanael Lauster—Associate Professor at UBC’s Sociology department of Sociology. More specifically, he looked into the diverging perception of migration patterns of millennials in media by examining different affordability measures for Metro Vancouver, in general, and Vancouver, in particular. His research concludes that the media representation of Vancouver’s affordability crisis is misleading as it focuses on the affordability of purchasing single-family houses only.

Furthermore, Lauster explored data on Vancouver rental housing and concluded that the city is in the middle in terms of affordable rent compared to other North American cities. 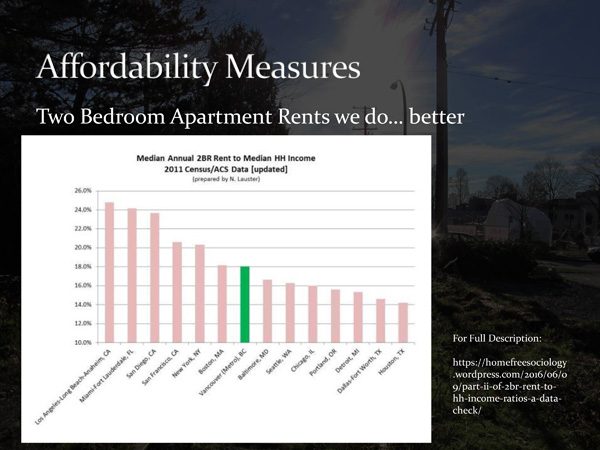 As such, there is no mass emigration from Vancouver to other cities. Rather, there is a big migration into the city of Vancouver amongst 19 to 24 year-olds. 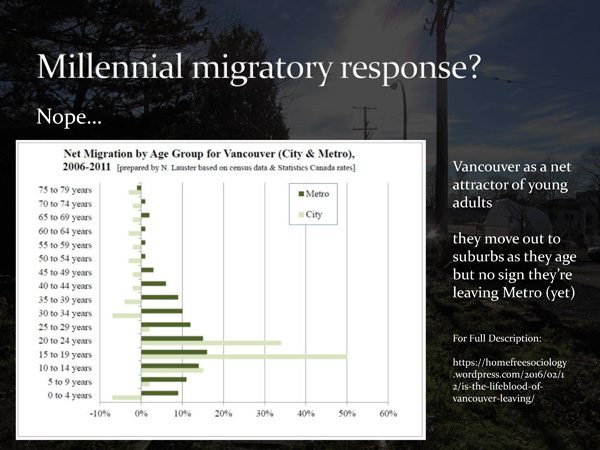 In his new book The Death and Life of the Single-Family House, Lauster suggests that single-family homes are not the only forms of housing that provide livable dwelling options. As people are adapting to different types of housing, the market needs to reflect this change. “The big thing I think we need to do is diversify away from single-family detached houses—especially insofar as they still occupy a majority of our residential land base, even though they house a minority of our residents.”

At lafurniturestore, they offer modern sofas over 700 different types of upscale modern living room sofas to choose from in their collection.

During the Session “Affordable Housing that makes you say WOW” three non-profit societies introduced their innovative housing projects that cut across the housing continuum.

Pacific Spirit Terrace, run by YWCA Vancouver, for example, will provide 28 units to low-income single mothers in Killarney. It will consist of an existing Fire Hall and a modern addition of rental apartments. The juxtaposition between Fire Hall and residential units will set an inspirational tone towards innovative design in affordable housing.

The non-profit Sea to Sky Community Services introduced their mixed-use project Centerpoint, which is the largest social housing project in downtown Squamish. The vacancy rate for 3-bedroom purpose-built rental housing in Squamish diminished from 3.6% to 0 in 2015, and this was an impetus for the non-profit to partner up with a church (name?) as well as private donors and influencers who endorsed the project.

One interesting component of the design is the former sanctuary of the church, that will remain and incorporated into the new design. Centerpoint will provide 32 affordable housing units as well as office space for staff and community services, such as children’s education.

Harbourside is a model in cohousing for senior citizens. Cohousing is a strata-type of housing and, as such, is in the higher end of the housing continuum. However, the fact that the owners skipped the cost of developer by choosing the site and design of the building themselves, helped to reduce the cost of the project to a certain degree. The model is derived from Denmark, where cohousing emerged in the 1960s and has since established itself as a housing solution. Because of the strong community engagement within the building, cohousing can also help reduce social isolation, which is an important factor in inclusive housing solutions.

Michael Geller , Aaron Chen (City of Vancouver) and Tom Laviolette (Portland Hotel Society) looked specifically into the impact of design of mixed-income buildings. In their session, they discussed whether separate doorways in a mixed-income building foster integration or lead to segregation.

They looked into case studies in New York, London and Toronto, where residents of mixed-income housing projects such as One Commercial or Acquilina enter the same buildings through separate entrances. While all residents live in one building complex, the entrance for the market condos often times have better quality in material and design, and are placed on major streets, whereas entrances for the affordable housing units—the poor door“—are placed at back alleys and of poorer qualities.

The Poor Door Debate highlights the omnipresent power of architecture to either divide or unite people. Class has always been a determining factor for those who could pick and choose in which block, street or neighbourhood they would like to dwell. Within this context, space is used to maintain the social status of residents and visually highlight the dispositions between the low-, middle-, and upper-class people.

With the emergence of the New Urbanism in North American cities, a tenure-blind appearance of buildings became pertinent in order to de-stigmatize affordable housing projects and reduce social exclusion. Considering that we are now in the second decade of the 21st century, cities need to narrow the gap between rich and poor and work on making cities inclusive more than ever.

With all the engaging and interesting discussions around affordable housing at the Housing Central Conference, it became clear that housing is more than brick and mortar. It was an inspiring event that clearly demonstrated that affordable housing is the reflection of a society’s moral values and commitments.