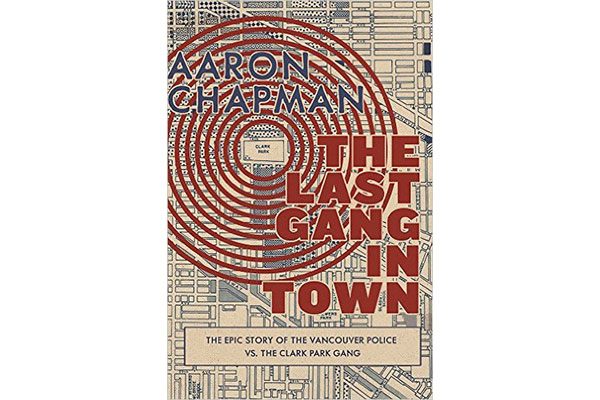 Those who love and study Vancouver know how quickly it transforms through redevelopment, displacement, and shifting civic priorities. The Last Gang in Town: The Epic Story of the Vancouver Police vs. the Clark Park Gang offers a rare window into Vancouver in the early 1970s. It was a rougher, less cosmopolitan city where petty crime was on the rise. City parks had been the turf of youth gangs since the 1940s. Building on a 2011 Courier article, Aaron Chapman chronicles the notorious Clark Park Gang’s ascension to notoriety, and its subsequent unravelling.

The Last Gang in Town will captivate students of crime and law enforcement and those who remember East Vancouver in the 1970s. It will also fascinate anyone keen on understanding today’s very different East Van through the lens of its fighting past. Male-dominated narratives of police and youth gangs may not speak to every reader. However, investigating this gritty chapter of Vancouver history also helps to explain later evolutions of local culture and identity. In the book’s conclusion, surviving Clark Park gang members reflect on their legacy. They draw connections between the unrest of the early 1970s and the surviving East Van mythos of toughness and distrust in authority.

The Last Gang in Town evokes broader social tensions but does not stray far from its purpose to examine them. Many of its stories invite reflection about a culture of disadvantaged families and disaffected youth, or cycles of macho violence. Mutual misunderstandings among apolitical street fighting gangs, hippies, and would-be-revolutionaries are another compelling thread. On the other hand, too much socioeconomic analysis would be out of character for a story of troubled youth and law enforcement. It was “the golden age of casual violence, when the idea of getting drunk and into a fight was an average and perfectly acceptable activity for a Saturday night”.

For more information on The Last Gang in Town: The Epic Story of the Vancouver Police vs. the Clark Park Gang, visit the Arsenal Pulp Press website.