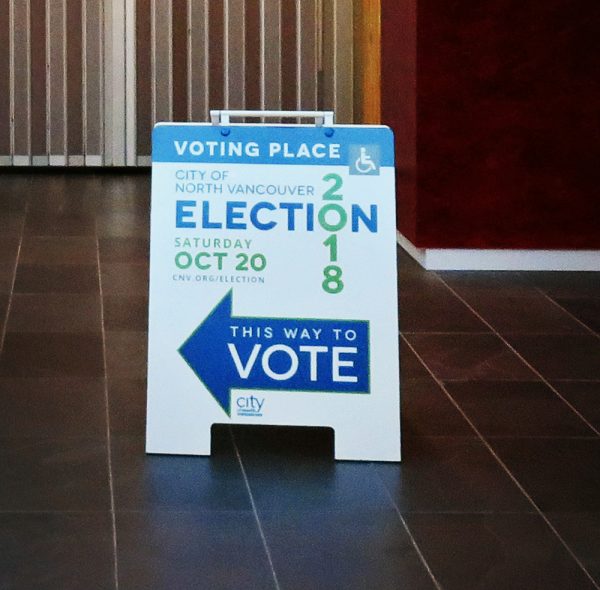 With many local mayors not seeking re-election, numerous independent candidates, and a referendum on electoral reform, this year’s civic elections on  October 20, 2018, in British Columbia would make one’s brain explode.

Do not let this deter you from voting! Your local government MATTERS. They will decide how issues like traffic, homelessness, affordable housing, crime, transit, parks, recreation and culture are addressed in your community. Here’s how to get involved before you vote:

1.Register to vote, or just show up at a voting booth with proper ID: In Vancouver, registering to vote is as simple as filling out an online form. You can vote by mail or, you can show up at the voting booth with proper ID. All the information you need on how to vote in Vancouver is here. Other BC communities can consult their local government website for information.

2. Attend an all-candidates meeting: Check your city’s website or local paper for listings about upcoming meetings or debates. Vancouver has a list of them here. On October 3rd,  the Vancouver Public Space Network is holding it’s Last Candidate Standing event, the only debate that is part politics, part game-show, and open to ALL mayoral and council candidates registered in the 2018 Vancouver municipal election.

3. Find out the platforms of  major parties and key independent candidates in your city: The Vancouver Sun put together a great webpage with profiles of all the major candidates running in the Vancouver election and links to their websites. You can read it here. The Tyee also has one, and the Globe and Mail(but theirs seems out of date). Vancouver Sun also have a great website that breaks down the election issues in key Metro Vancouver municipalities.

4. Learn about electoral reform and mail in your vote: During the civic election, British Columbians will choose whether to keep our current first-past-the-post electoral system, or change to a system of proportional representation. The 2018 Referendum on Electoral Reform is being held by mail from October 22 to November 30, 2018. You can register or update your voter information by contacting Elections BC. To learn more about electoral reform, check out Elections BC’s breakdown of each voting system. Then check out the pros and cons of proportional representative.