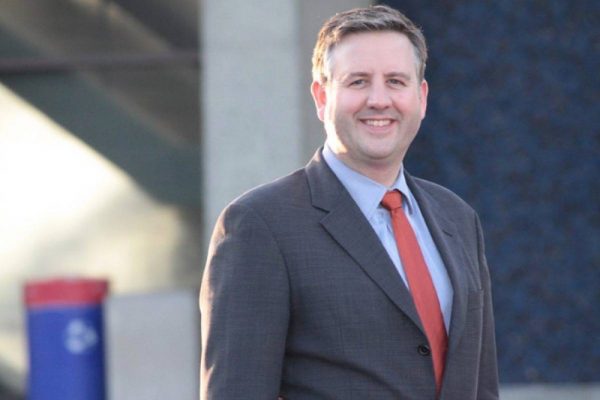 Newly inaugurated Vancouver Mayor Kennedy Stewart: ‘I would really like to get away from the housing crisis as fast as we can, and get on to the growth side of things. That’s what I’m most looking forward to.’

Fresh from being elected mayor by voters deeply worried about Vancouver’s widening gap between the property rich and everyone else, Kennedy Stewart offered his basic take on the problem:

“I would really like to get away from the housing crisis as fast as we can, and get on to the growth side of things,” Stewart told Business in Vancouver Oct. 29. “That’s what I’m most looking forward to.”

What he’s really looking forward to is the growth side of things? Did the new mayor miss the lesson of this election? The Vision council and mayor were rejected because of their misguided faith in the power of growth, and of the housing market, to solve all our problems.

Green Party, One City, and COPE candidates on the left ran on platforms that to a lesser or greater extent rejected Vision’s blinkered faith that markets, properly incentivized, could deliver affordable housing. Meanwhile, on the political right, doctrinaire free market enthusiasts like Hector Bremner, who called for a complete deregulation of housing markets, received a vanishingly small vote.

Even Ken Sim, the nearly victorious NPA candidate for mayor, knew enough to soft pedal market-based housing solutions, opposing Vision’s city-wide duplexing strategy, proposing instead allowing additional rental units in any Vancouver principal residence. His approach was compatible with that of left-of-centre councillor elect Jean Swanson, who sees this as a way to both add rental supply and preserve existing affordable suites.

“I just gotta get this housing thing going,” Stewart told Business in Vancouver, by which he means delivering on building 85,000 housing units in a mix of non-profit, rental and market housing he’s promised over the next decade.

How will he get that done, everyone now logically wants to know. It seems Stewart clings to a belief that should have been more deeply probed and challenged during the campaign — that city hall can leverage private investment to solve the housing crisis. It’s a faith in the market, and growth, that Stewart inherits from Vision. And it has a name: neoliberalism.

The dogma of hands-off growth

The laissez-faire economic approach known as liberalism held sway in the West until the Great Depression crashed the global economy. Then followed a half-century of so-called Keynesian faith that major government investment in public works and programs, public housing, industrial regulation and the job security provided by unions, were critical tools for achieving a more equitable, stable society. Such policies, named for economist John Maynard Keynes, had a pretty good run till about 1980.*

During that half century governments basically agreed that they should intervene when markets failed in crucial areas such as housing. But all that began to collapse roughly around the day in 1981 Ronald Reagan stated: “Government is not the solution to our problem. Government is the problem.”

From the 1980s on, political leaders in Vancouver (like most of Canada), in keeping with the newly ascendant neoliberal economic dogma, abandoned any attempt to house all Canadians in the belief that an unfettered housing market could do a better job of it. Well, here in Vancouver we can now clearly see how that’s working out.

No one could claim Vancouver, during those decades, lacked for “growth.” As condo towers bloomed like dandelions across the urban landscape, however, the relative condition of the local wage earner got worse. Growth has enriched property flippers, land owners, developers, and real estate agents, even insurance companies, since home owners are constantly looking for cheaper home insurance options. Growth has included a flowering of tech jobs in the Vancouver region, but even workers in that celebrated sector haven’t seen paycheques to match the cost of renting or owning appropriate homes for raising families.

In giving his inaugural address yesterday, Stewart had another opportunity to make clear he understood Vancouver’s affordability was being destroyed by market failure, and could only be restored by a level of government investment and intervention beyond any current level in Canada. He spoke eloquently of the challenge:

“The consequences of our housing crisis ripples out into every part of our civic fabric,” he said. “It doesn’t matter who you are or where in this city you go, the stress of unaffordability hangs over Vancouver, stifling its creativity and energy and promise of opportunity. But it doesn’t need to be this way.”

But he avoided the neoliberal nub of the problem.

Perhaps it’s not too late for Stewart and certain council members to receive the message they were given on election day. Rather than speak grandly but vaguely of “growth,” may I suggest they pledge to build and shore up Vancouver’s “foundational economy.”

To do so is to reject growth that does not serve the kinds of people who live and work in Vancouver — or who want to live and work here — but who are being driven out by unaffordable housing prices. We need a concept of growth which recognizes that most of Vancouver’s jobs now, as well as 85 per cent of its expected job growth, reside in the broad category of “service jobs” — teachers, nurses, orderlies, yoga teachers, accountants, lawyers, bus drivers, baristas, lab technicians, computer repair, etc.

When Stewart finishes off his Business in Vancouver interview by declaring, “I just gotta get this housing thing going,” he raises two questions. What exactly does the new mayor mean by “this housing thing,” and how big a Keynesian role must government play to get it “going?”

Until those terms are defined, Vancouver’s new mayor risks being heard to speak merely some new inflection of a too familiar language — the one called business as usual.

*This article originally appeared in The Tyee.